HACKETTSTOWN, N.J., Jan. 29, 2020 /PRNewswire/ -- Today, the SNICKERS® brand released its new Super Bowl LIV ad, including a special long-form version on the brand's YouTube page. In the iconic brand's signature humor, the ad declares "the world is out-of-sorts" and presents an absurdly satisfying solution to fix it. 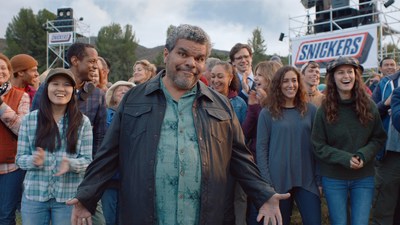 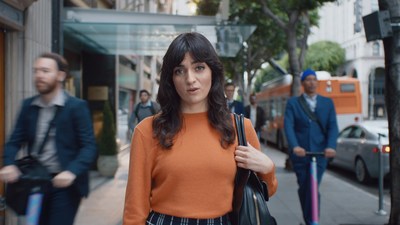 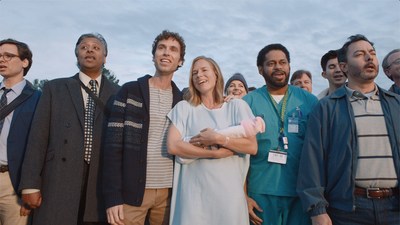 The new ad, which also includes an original song, was created by BBDO New York and AMV BBDO. Dubbed "SNICKERS Fixes the World," the new spot highlights humorous and relatable signs of a world that's clearly not itself, such as grown-ups riding scooters, babies named after produce, devices that listen to your conversations and parents who text dirty pics. The brand's solution is then revealed: As a crowd gathers in song to watch, a giant SNICKERS is "fed" to the Earth in a grand attempt to fix the world. The spot ends with some evidence that SNICKERS' plan just may be working.

"This new ad marks the latest evolution of our award-winning 'You're Not You' campaign," said Josh Olken, Brand Director, SNICKERS. "Since the first Super Bowl spot 10 years ago, we've shown the power of SNICKERS to satisfy when you're out of sorts. Our attempt to 'fix the world' is a new angle, and our biggest yet: When the world itself is out of sorts, maybe it just needs a SNICKERS."

Actor Luis Guzmán, known for his prolific character roles, makes an appearance in this year's Super Bowl ad where he helps celebrate SNICKERS for fixing the world.

The spot will air during the third commercial break of the first quarter of Super Bowl LIV. SNICKERS also released a longform version of "Fix the World" on YouTube, featuring appearances from Miranda Cosgrove, Bill Walton and Charlotte Flair.

About Mars, IncorporatedMars is a family-owned business with more than a century of history making diverse products and offering services for people and the pets people love. With more than $35 billion in sales, we produce some of the world's best-loved brands: M&M's®, SNICKERS®, TWIX®, MILKY WAY®, DOVE®, PEDIGREE®, ROYAL CANIN®, WHISKAS®, IAMS®, EXTRA®, ORBIT®, 5™, SKITTLES®, UNCLE BEN'S®, MARS DRINKS and COCOAVIA®. Alongside our consumer brands, we proudly take care of half of the world's pets through our nutrition, health and services businesses such as Banfield Pet Hospitals™, BluePearl®, Linnaeus, AniCura, VCA™ and Pet Partners™.

Kyle Busch Is 'Letting M Do The Talking'...