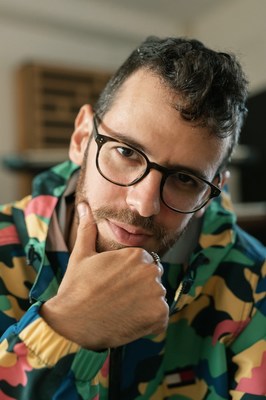 Recently, the album's single "MAMACITA," featuring Ozuna, soared to No.1 on the Billboard Hot Latin Songs chart, reached No.1 on Latin Airplay, and garnered over 500 million total streams. Due to the album's incredible success, Johnny was named one of Billboard's Top 10 Producers for its Latin charts and was recognized as a Variety 2020 Hitmaker Of The Month.

Sony/ATV Senior Vice President, Creative Katie Welle stated, "Johnny is a musical force of nature! His sound and instincts are truly versatile across genres, rhythms and continents. He's already a go-to name, and we're excited to support him as his career continues to rise."

APG CEO Mike Caren and APG A&R Josh Toll said, "Johnny is a one-of-a-kind producer who is up for every challenge, exceeds every expectation, and always does it with a smile! His unparalleled creative vision, cross-genre appeal, consistency and relentless drive for success will place him at the forefront of the industry."

CEO of Plush Management and Global VP, A&R, Warner Music Group Aton Ben-Horin said, "Johnny is one of the most talented, versatile, and hardest working producers I've ever had the pleasure of working with. This collaboration between Sony/ATV and APG is the first of its kind, and I am confident that this unique partnership will maximize the amount of creative opportunities for Johnny. It's safe to say we have the dream team."

Johnny said, "In all my dreams I couldn't imagine a better team than this. I'm so honored and excited to join the Sony/ATV and APG families. We are already working on some super exciting projects – and we are just getting started!"

Currently, Johnny has been working on several exciting new projects with prominent artists and has expanded his talent into television advertising. His original compositions are currently featured in global commercial campaigns for Samsung, LG, Honda, Citroën, American Express, Heinz, and 7 Up.