EAST HANOVER, N.J., Oct. 19, 2017 /PRNewswire/ -- This November, mischief and mayhem hit the streets of the Big Apple as SOUR PATCH KIDS® brand debuts its first ever float in the 91st Annual Macy's Thanksgiving Day Parade®. Set to bring its "Sour Then Sweet" personality to more than 3.5 million spectators along the Parade's famous route in New York City, and more than 50 million TV viewers nationwide - the new "Parade Day Mischief" float will leave a trail of smiles from coast-to-coast on Thanksgiving Day. 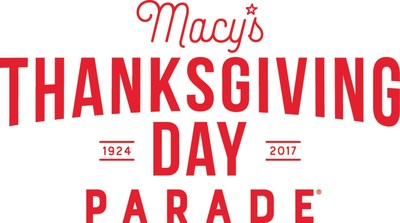 "We're beyond excited to make our mark on history this Thanksgiving with the unveiling of our first-ever SOUR PATCH KIDS float, joining the ranks of some of pop culture's most memorable brands," said Katie Williams, senior director of marketing, North America Confections. "It's been an amazing experience so far watching the Macy's design team bring our playful spirit to life, and putting our own 'Sour. Sweet. Gone.' twist on this wonderful holiday tradition."

Rising almost three-stories high and more than 32 feet long, the "Parade Day Mischief" float will portray SOUR PATCH KIDS characters doing what they do best - causing shenanigans as they take over a replica of the Macy's Thanksgiving Day Parade. The colorful, confetti-spilling marvel will bring to life an imaginative interpretation of how the Kids celebrate their Thanksgiving Day. In addition to dozens of animated Kids, the float will feature an amazing recreation of one of Macy's iconic clowns as a giant balloon, as well as awe-inspiring depictions of New York City's breathtaking skyscrapers. A surprise musical guest star will also be aboard for the Turkey Day ride down the 2.5-mile route.

"Every year the Macy's Thanksgiving Day Parade brings joy and fun to millions of spectators in a massive spectacle that our team has planned very carefully for almost two years. The addition of the rambunctious SOUR PATCH KIDS characters will be a treat for fans of all ages - we just hope they don't cause too much mischief as they join us to celebrate the start of the holiday season," said Jordan Dabby, vice-president, partnership marketing for Macy's Thanksgiving Day Parade.

The 91st Macy's Thanksgiving Day Parade airs nationwide on NBC-TV on Thursday, Nov. 23, 2017 from 9 a.m. – 12 p.m., in all time zones. For more information on the Macy's Parade, please visit www.macys.com/parade.

About the Macy's Thanksgiving Day ParadeWith more than 50 million viewers across the country and more than 3.5 million spectators who line up along the streets of New York City each year, Macy's Thanksgiving Day Parade is a national icon that has grown into a world-famous holiday event. For 91 years, Macy's Thanksgiving Day Parade has marked the official start of the holiday season. Growing in size and scale, the parade proudly marches along a more than two-mile route in New York City with more than 8,000 participants in tow, including Macy's employees, their families, celebrities, athletes, clowns, and dance groups spreading holiday cheer. The parade also features America's best marching bands, fabulous floats, and Macy's signature giant helium character balloons. For more information on Macy's parade, please visit www.macys.com/parade or call the parade hotline at (212) 494-4495.