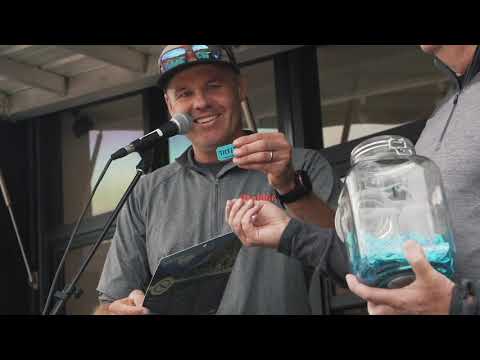 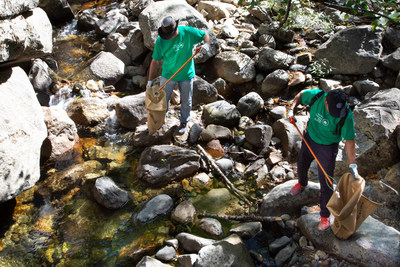 Subaru of America, Inc. today announced that through a series of nationwide clean-up events in iconic locations throughout September, more than 25,000 pounds of materials, including scrap metals, plastics, invasive species and micro trash, has been collected. A large percentage of the waste collected at Candlestick Point State Recreation Area, Eldora Mountain Resort and Yosemite National Park was diverted from local landfills or recycled. Reaching the collection milestone so quickly is due to the support of Subaru retailers, employees, partners, owners and Ambassadors, around the country working to live out the automaker's commitment and environmentally-focused philanthropic initiative, Subaru Loves the Earth.

"At Subaru, we feel it is our duty to give back and protect the Earth, and these milestones we've reached with TerraCycle, along with national and local partners, reflect our ongoing commitment to care for our planet," said Thomas J. Doll, President and CEO of Subaru of America, Inc. "We are continually humbled by the efforts our retailers, customers and partners make to further our mission and help preserve the majesty and beauty of our environment."

Throughout the month of September, Subaru, along with its retailers, employees, partners, owners and Ambassadors, worked to make a positive impact by holding or supporting several environmentally focused events.

San Francisco Park Alliance – Candlestick Point Clean-Up Event To join the effort to clean-up the only state park in San Francisco, the Subaru of America San Francisco Zone team headed to Candlestick Point State Recreation Area on September 7. With over a cumulative 120 volunteer hours, the Subaru team and members from the San Francisco Park Alliance, removed 6,000 pounds of ice plant, an invasive species that contributes to erosion on the park's terrain. Additionally, the volunteers helped maintain and preserve the park's coastline by removing invasive mustard plants and spreading mulch, which is intended to fertilize and foster native species. All plants removed were composted instead of being placed into the local landfill. The clean-up team also collected two five-gallon buckets of micro trash.

Eldora Resort (National CleanUp Day – September 21)In honor of National CleanUp Day, a day dedicated to galvanizing communities to take action to beautify the outdoors, Subaru and POWDR, a longstanding ski resort partner and legacy adventure lifestyle company, hosted a pilot clean-up event at Eldora Mountain Resort in Boulder County, Colorado. Working alongside Eldora and POWDR staff, 237 volunteers collected more than 4,000 pounds of waste, including scrap metal, wire/fiber/conduit, metal ski poles and plastic. 62% of the collected waste was recycled and diverted from the local landfill. Check out the video of the day's event at the Eldora Clean-up event: Eldora.com.

Yosemite FaceliftVolunteers from Subaru and participating local retailers, including Subaru of Sonora, Modesto Subaru and Miata Subaru, headed to Yosemite National Park for the largest national park clean-up event in the U.S., the Yosemite Facelift. From September 24 through September 29, Subaru volunteers joined thousands who collected waste totaling 15,929 pounds. Of that total, 12,800 pounds were diverted from landfills. To preserve the park's natural beauty, volunteers also removed graffiti from rocks and bridges and conducted an in-water river clean-up.

Developed in partnership with TerraCycle, participating Subaru retailers house TerraCycle Zero Waste Boxes™ and encourage customers, employees and community partners to recycle waste streams that are destined to the landfill, including snack wrappers, disposable cups, lids and plastic straws, and coffee and tea capsules. Waste streams collected from the ongoing Subaru Loves the Earth initiative are transformed into useful, high-quality products, such as park benches, picnic tables and playground materials and donated to Subaru community partners.

About Subaru of America, Inc. Subaru of America, Inc. (SOA) is a wholly owned subsidiary of Subaru Corporation of Japan. Headquartered at a zero-landfill office in Camden, N.J., the company markets and distributes Subaru vehicles, parts and accessories through a network of more than 630 retailers across the United States. All Subaru products are manufactured in zero-landfill production plants and Subaru of Indiana Automotive, Inc. is the only U.S. automobile production plant to be designated a backyard wildlife habitat by the National Wildlife Federation. SOA is guided by the Subaru Love Promise, which is the company's vision to show love and respect to everyone, and to support its communities and customers nationwide. Over the past 20 years, SOA has donated more than $165 million to causes the Subaru family cares about, and its employees have logged more than 40,000 volunteer hours. As a company, Subaru believes it is important to do its part in making a positive impact in the world because it is the right thing to do.

About Terracycle TerraCycle is an innovative waste management company with a mission to eliminate the idea of waste. Operating nationally across 21 countries, TerraCycle partners with leading consumer product companies, retailers and cities to recycle products and packages, from dirty diapers to cigarette butts, that would otherwise end up being landfilled or incinerated. In addition, TerraCycle works with leading consumer product companies to integrate hard to recycle waste streams, such as ocean plastic, into their products and packaging. Its new division, Loop, is the first shopping system that gives consumers a way to shop for their favorite brands in durable, reusable packaging. TerraCycle also sells Zero Waste Boxes that are purchased by end users to recycle items in offices, homes, factories and public facilities. TerraCycle has won over 200 awards for sustainability and has donated over $44 million to schools and charities since its founding more than 15 years ago and was named #10 in Fortune magazine's list of 52 companies Changing the World. To learn more about TerraCycle or get involved in its recycling programs, please visit www.terracycle.com.