IRVINE, Calif., May 22, 2019 /PRNewswire/ -- Taco Bell announces the return of the "Steal A Game, Steal A Taco" promotion for the 2019 NBA Finals presented by YouTube TV, rallying sports and non-sports fans alike to root for one thing: free tacos. For the fourth year in a row, everyone in America has the chance to win a free Taco Bell taco once the road team "steals" a win from the home team. And not just any taco. "Steal A Game, Steal A Taco" and the NBA Finals wouldn't be the same without the return of the one true G.O.A.T. (AKA the Greatest of All Tacos) that has been a darling in the hearts and taste buds of fans for close to a decade, the Doritos® Locos Tacos. 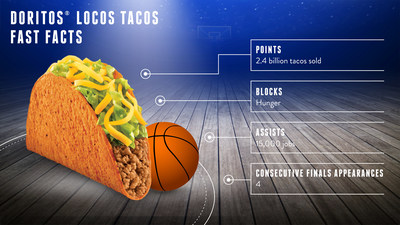 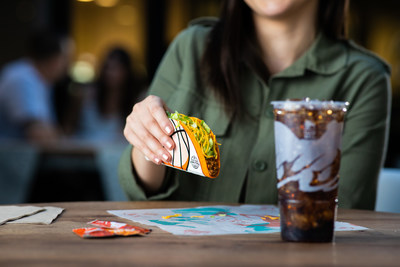 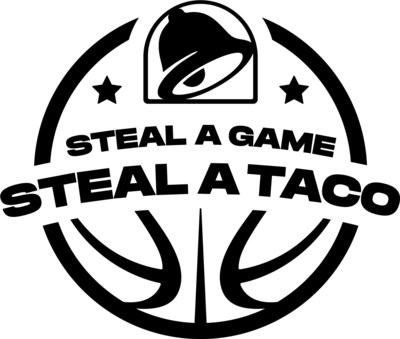 By definition, the G.O.A.T acronym is reserved for the all time best, and there are few icons on or off the basketball court worthy of the title. On the basketball court, the G.O.A.T is still up for debate, but in the hearts of Taco Bell fans nationwide it's no surprise that the Doritos® Locos Tacos was once again selected as the G.O.A.T. for this year's "Steal A Game, Steal a Taco" promotion based on its impressive stats since its debut on menus in 2012. Time and time again, this beloved taco has proved itself as a crowd favorite, and this year Taco Bell is making it even easier for fans to redeem their free taco by offering all day pickup on orders placed through the app or website.

"We're excited to partner with the league for the NBA Finals once again, allowing sports and taco fans nationwide to unite over one thing – rooting for tacos," said Marisa Thalberg, Global Chief Brand Officer at Taco Bell Corp. "Regardless of which two teams make it to the Finals, we look forward to giving all fans, no matter the jersey they prefer to wear, the chance to win with everyone's G.O.A.T (Greatest of All Tacos), the Taco Bell Doritos® Locos Tacos."

Taco Bell's first "Steal a Game, Steal a Taco" appearance took place in 2016, where the Golden State Warriors "stole" Game 4 of the NBA Finals against the Cleveland Cavaliers, winning everyone a free Doritos® Locos Tacos and starting a new taco tradition for years to come.

Last year, the tradition continued with the same two teams in the NBA Finals and the Golden State Warriors "stealing" Game 3 while on the road in Cleveland. America will need to tune into this year's NBA Finals beginning on May 30 to find out which team will score everyone a free Doritos® Locos Tacos.

"Taco Bell will again bring another exciting reason to tune in to the NBA Finals by offering fans of all teams the chance to root for free tacos," said Kerry Tatlock, Head of Marketing Partnerships, NBA. "Taco Bell continually thinks about putting the fan first, and they consistently deliver on that promise."