TORONTO, Feb. 11, 2020 /PRNewswire/ -- In a year where we have been given one extra day, Four Seasons set out to discover what is most meaningful to travellers, looking at both the value of time off and how we choose to spend that time. 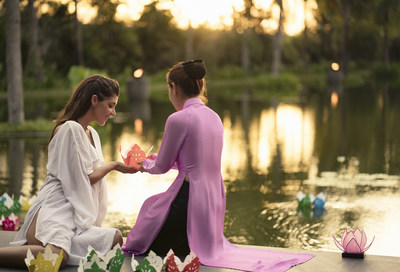 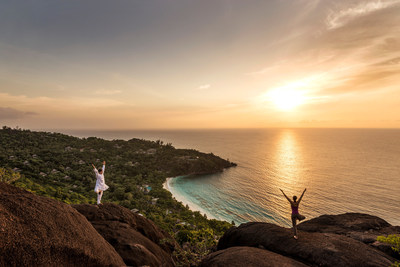 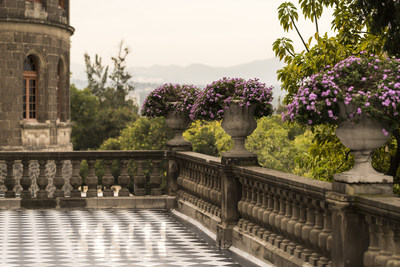 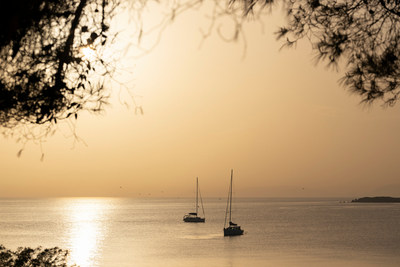 According to a new global study commissioned by Four Seasons, almost everyone surveyed, across geographies and age groups, valued more vacation time over more money if given the choice, reaffirming that time continues to be the greatest luxury of all. The study of adults from the US, UK, China and the *GCC revealed that more than half of Millennials (54%), Gen X (53%) and Boomers (56%) would opt for more vacation days over more compensation.  Only Gen Z – many of whom have the luxury of more time yet seek financial independence – value a raise (62%) over more days off (38%).

By contrast, the wish list for how we spend our time while travelling is much more universal, spanning all generations surveyed. Reflecting our ongoing quest for self-fulfilment, travellers of all ages seek meaningful and personally fulfilling experiences, both big and small, that leave them feeling more interested in different cultures, more engaged with the world, and more deeply connected to themselves and others.

"As we continue to innovate the Four Seasons guest experience, our global market research provides insight into how travellers prioritise and value time, both generationally and across regions," says Christian Clerc, President, Global Operations, Four Seasons Hotels and Resorts. "Today's travellers are seeking purpose through authentic experiences, returning home with a different understanding of the world around them. As a luxury hospitality company, we are at the forefront of this shifting consumer desire, and it inspires how we curate the guest experience, ensuring travellers leave Four Seasons with a sense of deep connection to the community and the destination's culture."

Travel can often lead us to do things we never dreamed possible, casting aside our daily routines so that we can experience the world differently. When it comes to life post-vacation, the key to "coming home different" might be taking part in transformative experiences that push us and broaden our horizons.

The survey found that younger travellers – Millennials and Gen Z – are bigger risk-takers compared to Boomers; however, nearly all (95%) respondents agreed that a vacation is when they would be most likely to step outside of their comfort zone. In fact, more than a third of travellers have done something while on holiday that they didn't know they could, like trying a new sport or learning a new skill to challenge themselves mentally and physically. This is particularly true for respondents in China, where two-thirds (66%) of Chinese adults surveyed say their travel style is better described as "getting out of their comfort zone" versus other markets (45%).

Collectively, we see the world differently after having been on vacation, with travel offering us time to reflect, be our best selves and embrace new ways of thinking. Reinforcing the notion of a "post-vacation glow," more than half (51%) of global respondents noted feeling more motivated, more optimistic (46%) and more patient at work (42%) after a holiday.

Close to 4 in 5 (79%) Americans agree that after a vacation, they are more productive in the workplace. In the UK, nearly 3 in 5 respondents who've "come home different" say they did so with greater positivity or optimism, more appreciation for their loved ones (45%), better understanding of others' motivations (39%) and greater ability to manage stress (38%).

Broadening personal horizons can also produce lifelong benefits. Nearly 3 in 5 respondents reported adopting new interests as a result of their travels, such as listening to new music (43%), learning new languages (36%) and appreciating new forms of art (36%). Younger adults are especially eager to take a new path to self-fulfilment while on vacation, with three quarters of those under 40 picking up a new hobby or interest. The most popular travel takeaway? Universally, the most common new interest across age groups and regions is cooking or eating new foods (56%), reinforcing the importance of unique and authentic dining experiences, something that Four Seasons is known for the world over.

With 24 extra hours in 2020, what will you do with more time? Four Seasons believes in real, tangible transformation through connection to the world and the people around us, no matter how much time one has.

This leap year, take a pause with Take Your Time: Daily Discoveries, a collection of Four Seasons experiences that require no more than 1 day, 1 hour or even 1 minute. Whether a quiet moment of meditation, an hour spent walking historic grounds, or full-day guided expedition, curated experiences driving deeper connections are available at properties worldwide, brought to life by the people of Four Seasons.

Read on for a sampling of #FSTakeYourTime offerings.

Hoi An, Vietnam: A Goodnight Kiss The body resonates with healing vibrations as it's bathed in the evocative music of singing bowls during the spa's nightly ritual. Set intention in writing, and then release a wishing candle onto the lotus pond as we say goodnight to the earth.

Mexico City, Mexico: Top of The Hill Wander the sunlit halls and take in city panoramas from the terraces of Castillo de Chapultepec, a massive 18th-century castle atop Chapultepec Hill, within walking distance of Four Seasons.

Sydney, Australia: Scale New Heights Take it one step at a time. The 360-degree views after a challenging 1,332-step walk up the towering Sydney Harbour Bridge are well worth the climb.

Athenian Riviera, Greece: Slow Down on the Sea Cruise the Aegean aboard a traditional kaiki boat and embrace a slower pace of life. Go fishing, see ancient sites, swim in the Saronic Gulf and savour local flavours during a romantic sunset dinner aboard a private vessel.

Langkawi, Malaysia: Natural History Glide through a maze of 550 million–year-old cliffs and tangled mangroves and spot Langkawi's Flying Five on the Mangrove and Eagles Safari with Four Seasons, followed by a trip to the Geopark Discovery Centre and a family barbecue on a private villa patio.

Founded in 1960, Four Seasons Hotels and Resorts is dedicated to perfecting the travel experience through continual innovation and the highest standards of hospitality. Currently operating 117 hotels and resorts, and 45 residential properties in major city centres and resort destinations in 47 countries, and with more than 50 projects under planning or development, Four Seasons consistently ranks among the world's best hotels and most prestigious brands in reader polls, traveller reviews and industry awards. For more information and reservations, visit fourseasons.com. For the latest news, visit press.fourseasons.com and follow @FourSeasonsPR on Twitter.

Results of any sample are subject to sampling variation. The magnitude of the variation is measurable and is affected by the number of interviews and the level of the percentages expressing the results. For the interviews conducted in this study, the chances are 95 in 100 that a survey result does not vary, plus or minus by more than 2.2 percentage points among the UK sample, and by more than 3.1 percentage points among the US, China and GCC samples, from the result that would be obtained if interviews had been conducted with all persons in the universe represented by any of the samples.

For more information or to discuss the full study or regional breakdowns please contact [email protected].

Reconnect and Rediscover: Four Seasons Invites Couples on an...

Four Seasons Invites Travellers to Reconnect with the World: From ...