HOUSTON, Aug. 14, 2018 /PRNewswire/ -- Team Rubicon, a veteran-led global disaster response organization, partnered with Carhartt on Monday to welcome the Postel family back to their Houston home, which was severely damaged during Hurricane Harvey in 2017. The Postel family is the tenth of 100 families Team Rubicon is slated to welcome home as part of its larger hurricane recovery effort.

The family – David, Jessica, David Jr., and Danielle – was surprised Monday when they arrived home to dozens of people including family and friends, Team Rubicon staff and volunteers, volunteers from workwear brand Carhartt, and Houston third baseman Alex Bregman, who recently was awarded the 2018 all-star game MVP award.

"Team Rubicon is happy to play a part in getting the Postels, and 99 other families, back into their homes after Hurricane Harvey," said Brian Meagher, Strategic Partnerships Officer at Team Rubicon. "Partners like Carhartt help us continue to carry out our mission and do what we do best."

Carhartt, America's premium workwear brand since 1889, announced a partnership with Team Rubicon in May and attended the event as a show of thanks to the volunteers who are committed to assisting Houston families. A group of Carhartt associates attended the event, and as a welcome-home gift for the family, the brand purchased $15,000 worth of gift cards to local businesses for the family to furnish their newly-renovated home.

Carhartt, which earlier this year announced it would provide the nonprofit group with 15,000 Carhartt Force® Delmont T-shirts and an initial $200,000 donation, is committed to helping hardworking people recover from disasters.

"All of us at Carhartt could not be more impressed with the work Team Rubicon has done to support victims of Hurricane Harvey," said Janet Ries, vice president of marketing at Carhartt. "Many families are counting on Team Rubicon to help restore their lives, and visiting with the Postel family shows that the organization will continue to make a meaningful, lasting impact."

Team Rubicon is the nation's only disaster response organization whose volunteers are primarily comprised of U.S. military service veterans. Team Rubicon volunteers, or Greyshirts, use their unique skills and experiences gained from serving in the military to assist those most affected in the immediate aftermath of a natural disaster.

Formed in response to the 2010 Haiti earthquake, Team Rubicon was founded by a small group of veterans searching for an opportunity to give back through continued service. The organization now boasts an 80,000-strong, highly-skilled volunteer workforce. Since its inception, Team Rubicon has responded to more than 280 disasters domestically and internationally, including Hurricanes Harvey, Irma, and Maria.

About Carhartt, Inc.Established in 1889, Carhartt is a global premium workwear brand with a rich heritage of developing rugged products for workers on and off the job. Headquartered in Dearborn, Michigan, with more than 4,700 associates worldwide, Carhartt is family-owned and managed by the descendants of the company's founder, Hamilton Carhartt. For more information, visit www.carhartt.com and follow @Carhartt on Twitter.

Team Rubicon unites the skills and experiences of military veterans with first responders to rapidly deploy emergency response teams. Team Rubicon is a nonprofit organization offering veterans a chance to continue their service by helping those affected by disasters, and also themselves. Programs and services are made possible by the support of individual donors, corporate partners, and the dedication of volunteers across the country. To join or support Team Rubicon's mission, visit www.teamrubiconusa.org. 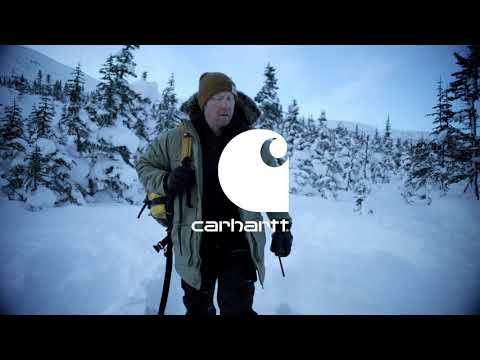 Give the Hardworking Man or Woman in Your Life the Perfect Gift...