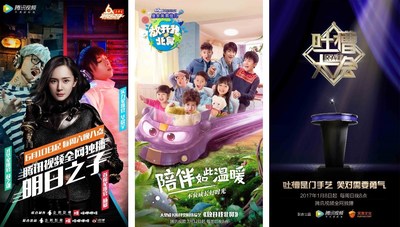 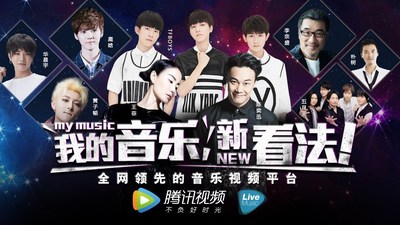 Cannes Film Festival's TV channel is the world's largest, most prestigious and influential audio/video and digital content trade fair. It attracts leading influencers in the entertainment industry from over 100 countries each year. Following its participation at the Cannes Film Festival 2017 this spring, Tencent Video attended Cannes autumn session to introduce premium content from China and promote the innovation and production capabilities of China's entertainment industry.

In recent years, Chinese TV dramas and online literature have been very popular among young people overseas. Tencent Video presented 12 self-commissioned dramas at Cannes, e.g. The Candle in the Tomb, to demonstrate the diversity of Chinese culture, including its rich content and distinct subjects.

The 12 self-commissioned dramas feature diverse themes, high-quality production and unique plots. Among them are two classic legendary dramas, Sand Puzzle and Rule the World, which were adapted from namesake novels of Nan Pai San Shu and Li Xin. The Candle in the Tomb series, and the super IP adventure drama series The Weasel Grave, were embraced by the audience. The Weasel Grave and The Candle in the Tomb have recorded 2.26 billion and 4.48 billion views in China respectively, and attracted broad attention in overseas markets.

Also introduced at Cannes were The Message, a spy drama adapted from Maijia's namesake novel; Country Love 9, a rural drama produced by Zhao Benshan and his team; Caught in the Heartbeat, an urban suspense drama; Talking Bones; Mysteries; Take My Brother Away; Cold Cases; and Unrequited Love.

The Coming One Sets the Trends for Originality

Today the original variety models are diversified in content and the formats cater to younger audiences. One example is The Coming One, a cultivated idol variety show produced by Tencent Video, which set a record of more than 4 billion views and ignited the imaginations of audiences and the industry throughout summer. The Coming One also attracted the attention of overseas producers with its originality.

Roast and Rock & Roast represent another segment of comedy which helps to ease people's daily pressures in a new way. "China is a young market in terms of standup comedy. In order to achieve rapid and healthy growth, China is in the process of providing the training grounds for comic talents," said Jim Biederman, a comedy producer, writer and show runner.

In addition, Tencent Video also demonstrated four other self-commissioned variety shows, including Baby Gimme a Break, which explores contemporary parenting philosophies, Go Fridge, and Date Super Star 2, which explore the fun people can have with food and celebrities, and The Ace Valor, an innovative new variety show, based on games.

The Matrix of Cartoons, Documentaries and Music

Tencent Video also brought cartoons, documentaries and music with Chinese elements to Cannes. The comprehensive offering drew great attention and interest from insiders at the event.

Three self-commissioned cartoons based on Chinese original IP, namely The King's Avatar, The Land of Warriors and The Master of Diabolism, demonstrated the development of the Chinese cartoon industry. In the documentary category, Savouring China and Flavorful Origins from Chaozhou-Shantou were among the most popular programs. Of the two, the former drew a map of Chinese food and reviewed unique Chinese dishes from a global perspective through a fine video produced over 4 years, while the latter explored rich original food materials across China and started with the unique ingredients and tastes in Chaozhou-Shantou area in its first season of the series. Both demonstrated the profound nature of Chinese food culture through high-quality production.