RIYADH, Saudi Arabia, Feb. 3, 2020 /PRNewswire/ -- Under the patronage of the Custodian of the Two Holy Mosques, the Saudi Railway Company (SAR) highlighted, on the 28th and 29th of January 2020, the main features of Saudi Arabia's competitiveness in logistic services, and the most important transportation and infrastructure projects taking place in the country. The first-of-its-kind took part in the presence of a number of ministers, officials from international organizations and companies Interested in transportation in general and railways in particular. 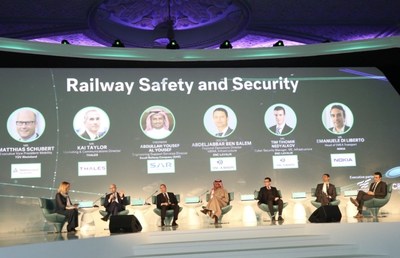 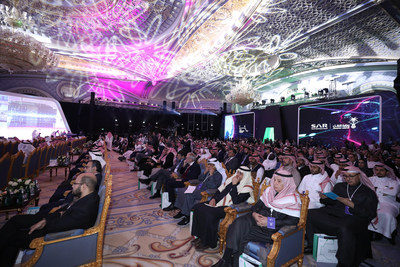 In his opening speech, His Excellency the Minister of Transport, Eng. Saleh bin Nasser Al-Jasser, revealed that 400 billion Saudi riyals were invested in infrastructure in the past decade, signaling a real desire to take advantage of the Kingdom's privileged location as a center that connects three continents.

His Excellency the Minister of Industry and Mineral Resources, Bandar bin Ibrahim bin Abdullah Al-Khorayef, explained that transportation is essential for the industry and mineral wealth sector, explaining that the Kingdom in its vision works to diversify sources of income and economic diversification.

Dr. Bashar Al-Malek, CEO of the Saudi Railway Company (SAR), said that the forum is being held for the first time in the Kingdom and is taking a new era under the umbrella of Vision 2030. He added that its organization in Riyadh reflects the importance of the place in gathering local and international experts in the railway industry to present and discuss success stories and exchange of experiences and services provided through this industry.

The Director of Central Japan Railway Company, Torkel Patterson, said: "The Kingdom of Saudi Arabia is qualified to become a regional center in express transport services thanks to its infrastructure and the ambitious plans it is working on. Within a few years it will be side by side with Japan, China and European countries in the field of transportation that depend on speed."

Darren Davis, CEO of Maaden, explained that the Kingdom has investment incentives such as abundant mineral resources and energy sources, in addition to the traditional pillars of investment based on providing security and safety, as well as growing awareness in the local community, and future development plans.

Matthias Schubert, Executive Vice President Mobility at TÜV Rheinland Group, said that innovation is one of the important sectors that have made progress in the field of automation, pointing to the need to implement the important standards of security and safety in transportation, since it is impossible to bypass passenger safety.

And Andres De Leon, CEO of HyperLoopTT, spoke about hyperloop trains, explaining that they are fast, human-focused, sustainable, profitable, and have returns, indicating that through them Europe can be interlinked in a few hours.