LOS ANGELES, July 22, 2019 /PRNewswire/ -- The Coffee Bean & Tea Leaf®, one of the world's leading roasters and retailers of specialty coffee and tea, announced today that it has partnered with Warner Bros. Consumer Products to celebrate the 25th anniversary of the iconic series Friends. To commemorate the milestone, The Coffee Bean & Tea Leaf collaborated with Warner Bros. to create special edition Central Perk Coffee and Central Perk Tea products, named after the show's legendary coffee shop. The Friends-inspired coffee products, which can be found below, are now available for purchase online and will be available in retail stores starting on July 31 through the end of summer. 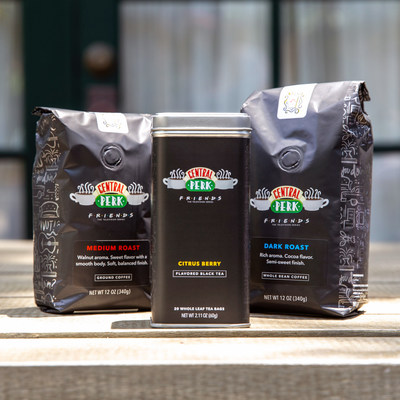 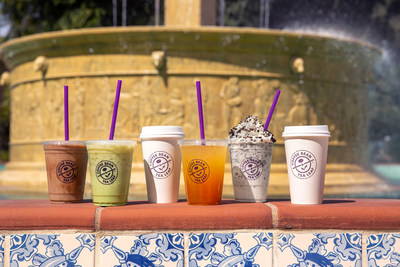 As part of the Friends-themed celebration, The Coffee Bean & Tea Leaf will also offer a limited time Buy-One-Get-One-Free (BOGO) special starting on August 4, National FRIENDship Day. For one week, guests that buy one Friends-themed beverage will receive one free Friends-themed drink to share with a friend.

About The Coffee Bean & Tea Leaf®  The Coffee Bean & Tea Leaf® brand is a leading global roaster and retailer of specialty coffees and teas and is widely credited for driving high quality and innovation to the coffee and tea industry. The company sources the finest ingredients and flavors from around the world and hand blends coffee and tea for the freshest flavors. The Coffee Bean & Tea Leaf® brand started the frozen coffee drink craze with the invention of The Original Ice Blended® drink and is also the first global coffee and tea retailer to offer cold brew tea. The company currently has more than 1,200 retail locations across the globe and can be found in grocery aisles as well as specialty locations including airports and hotels. For more information, visit www.coffeebean.com.

About Warner Bros. Consumer ProductsWarner Bros. Consumer Products (WBCP), a Warner Bros. Entertainment Company, extends the Studio's powerful portfolio of entertainment brands and franchises into the lives of fans around the world. WBCP partners with best-in-class licensees globally on an award-winning range of toys, fashion, home décor, and publishing inspired by franchises and properties such as DC, Wizarding World, Looney Tunes and Hanna-Barbera. The division's successful global themed entertainment business includes groundbreaking experiences such as The Wizarding World of Harry Potter and Warner Bros. World Abu Dhabi. With innovative global licensing and merchandising programs, retail initiatives, promotional partnerships and themed experiences, WBCP is one of the leading licensing and retail merchandising organizations in the world.

About FriendsCelebrating its 25th anniversary since its debut in 1994, Friends remains one of television's most beloved series. One of the highest-rated shows on television in its original network run, the series still remains a perennial go-to in syndication and on streaming services, where it continues to be a smash hit worldwide. A favorite among critics and fans alike throughout its 10-season run, Friends not only won the Emmy® for Outstanding Comedy series, but also garnered Emmy® Awards for series stars Jennifer Aniston and Lisa Kudrow. From Warner Bros. Television, Friends follows the lives and loves of a close-knit group of friends living in New York City: siblings Ross (David Schwimmer) and Monica Geller (Courteney Cox), along with friends Chandler Bing (Matthew Perry), Phoebe Buffay (Lisa Kudrow), Joey Tribbiani (Matt LeBlanc) and Rachel Green (Jennifer Aniston). Friends was created by David Crane and Marta Kauffman, who executive produced the series with Kevin Bright through Bright/Kauffman/Crane Productions in association with Warner Bros. Television.

BEHOLD THE COLD THIS SUMMER WITH THE COFFEE BEAN & TEA LEAF®...