The show produced by award-winning American executive producer Driss Sekkat comes weeks after the official launch of TIJ headquartered in London UK with the aim of internationalizing the new online platform dedicated to publishing in-depth investigations of public interest. 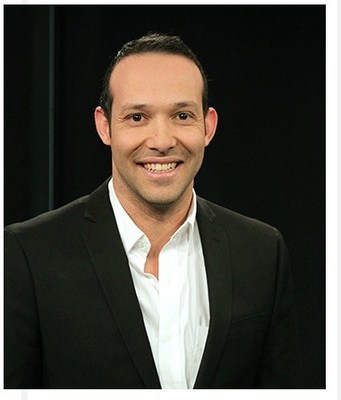 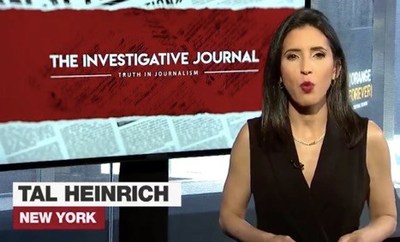 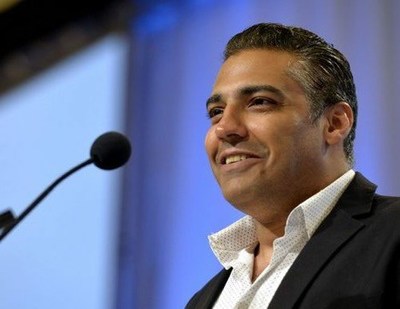 "The TIJ model focuses on bringing the truth out on subjects that may be marginalized by mainstream media. The topics we investigate revolve around issues related to counter-terrrorism, governance, environment, health, press freedom, migration, and organized crime," commented award-winning Canadian journalist and CEO of The Investigative Journal.

In line with The Investigative Journal's commitment to producing the finest independent journalism, the show will run on the TIJ website and social media platforms free of advertisement under the oversight of Sekkat, who created and launched over a dozen original formats around the world, including the first financial OTT platform of its kind.

Fahmy worked for the Los Angeles Times during the Iraq War in 2003 and for CNN during the Arab Spring. He was arrested with two other journalists in September 2013 - three months after he was appointed as the Al Jazeera English Egypt Bureau Chief. He was pardoned by the Egyptian president with the help of his prominent British lawyer Amal Clooney.

In July, The Investigative Journal announced a partnership to co-produce investigations with Rappler new site founded by award-winning journalist Maria Ressa voted as the Times Magazine Person of the Year in 2019.

In his goal to champion press freedom, CEO Mohamed Fahmy brought together a board of advisors of leading journalists that include five journalists, including Richard Minitier, the author of three New York Times best-selling books, and award-winning journalists Theo Padnos, Lindsey Snell, Taha Siddiqui, and Abdullah Bozkurt.

"I see no better time to work with top-tier investigative journalists who are not deterred at a time when 2018 was potentially the worst year for journalists on record. Hosting TIJ's show brings back that old-school flavor of journalism that puts the audience first ahead of any rating or corporate agenda," commented Heinrich ahead of the launch of her new show in New York.

ABOUT THE INVESTIGATIVE JOURNAL:

The Investigative Journal (TIJ) conducts in-depth research, timely analysis and original journalism to promote human rights causes, and the fundamentals of democracy. The content of the published videos and investigations on the TIJ site are provided through open-source research, analysis, and first-hand field investigations prepared by experts, scholars, award-winning investigative journalists and filmmakers from various countries and backgrounds. The journal has offices in London, UK, with affiliates in Vancouver, Canada and Washington, DC.

ABOUT MOHAMED FAHMY—THE CEO OF THE INVESTIGATIVE JOURNAL

Mohamed Fadel Fahmy is an Egyptian-Canadian award-winning journalist and author. Fahmy has worked extensively in the Middle East, mostly for CNN. He covered the Iraq War in 2003 for the Los Angeles Times and entered Iraq on the first day of the war.

In 2007, he completed a one-year mission with the International Committee of the Red Cross, protecting the rights of political prisoners, the missing, and refugees in Beirut-Lebanon.

In 2011, he won the Peabody award for his reporting with CNN for its coverage of the Arab Spring. The following year, he won the Tom Renner investigative reporting award for producing the documentary Death in the Desert.

Mohamed Fahmy worked as an adjunct professor at the University of British Columbia.

In 2015, Mohamed co-founded the Fahmy Foundation for Free Press to help journalists imprisoned worldwide, and he is currently a member of the Board of Directors for Canadian Journalists for Freedom of Expression.

Mohamed is the recipient of numerous awards, including:

Sekkat has won some of the industry's most prestigious awards, creating original formats in over 15 countries in multiple languages. Most recently, Sekkat launched the first financial Over-The-Top (OTT) network of its kind, TD Ameritrade Network.

Sekkat created and executive produced 4 seasons of the award-winning investigative documentary Street Pulse. The flagship series won the 2015 Bronze Award at the New York festivals for its series on Cemetery Residents and was awarded The 2014 CINE Special Jury Award and The 2013 CINE Golden Eagle Award for its exclusive one-hour documentary on El Minya quarry labor workers.

Early in his career, Sekkat was part of the integral team who launched two versions of international Sportscenter for ESPN, where he then succeeded on to join CNN. Sekkat also produced programming for French network TF1. His most notable experience includes his special coverage of President Obama's visit to Cairo in 2009 and the 2012 U.S. elections

Tal Heinrich is an anchor for i24NEWS - an international news television channel based in Tel Aviv, Paris, New York and Washington. She anchors the channel's main U.S. broadcast, "Crossroads". She also served as a Correspondent and provided coverage of the United Nations.

Tal worked as a producer for CNN International from the network's Jerusalem bureau and contributed content during the 2014 war between Israel and Gaza, the 2015 re-election of Benjamin Netanyahu, and the 2015 terror wave known as the "Knife Intifada".

In 2013, Tal served as a parliamentary assistant at the German Bundestag. She is fluent in Hebrew, English, German and Arabic. She holds a B.A in Arabic literature and general history, and a masters degree of contemporary Middle East studies.