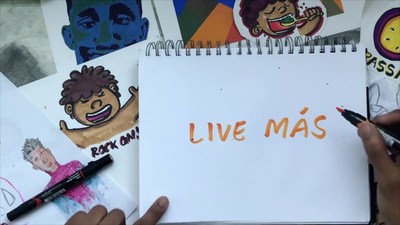 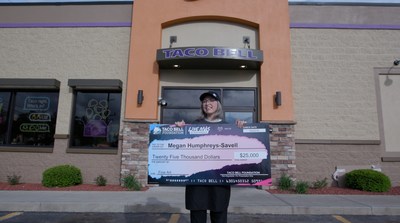 "The pandemic has caused financial strain for families around the country, yet young people's passions haven't gone away," said Jennifer Bradbury, Interim Executive Director of the Taco Bell Foundation. "We are hopeful that this year's scholarships will provide many creative, passionate fans and Taco Bell team members opportunities they may not have otherwise had. We are also proud to continue expanding our partnerships and resources to ignite change and create a better future for our scholars as they make a positive impact in their communities and beyond."

Starting this year, the scholarship has expanded the eligible age range — now welcoming students ages 16-26 to apply. All the application requires is a two-minute video describing your passion, a positive change you want to make in the world and how your education will help you achieve that goal. The scholarship does not require students to submit grades, essays or test scores and the funds are applicable to multiple education paths, including community colleges and trade schools. The application period will close on January 20, 2021 and winners will be announced in May 2021. The awards will be up to $25,000 per student. The Taco Bell Foundation will award $2 million to Taco Bell team members including new and renewal scholarships (additional funds available for those who have won in the past), and $5.5 million to new and renewal scholarships for young people nationwide. The Taco Bell Foundation has raised more than $8 million through its annual fundraiser via the Round Up program since late September.

The Taco Bell Foundation creates a community for its scholars to network and learn from each other. This summer, nearly 750 youth from across the country connected online for the Live Más Scholarship Summer of Inspiration featuring panel discussions and workshops focused on resilience, authenticity and pursuing your passion.

The Live Más Scholarship is geared toward students who are community-focused, driven by purpose and maybe even a little rebellious sometimes. Check out some of the scholars who embody this spirit:

For more information about the Taco Bell Foundation, visit www.tacobellfoundation.org.

Potatoes are Returning: The First in Taco Bell's Vegetarian Plans ...