SUNNYVALE, Calif., June 14, 2017 /PRNewswire/ -- More than 25 years ago, Osram's Topled set a worldwide standard as the first surface-mountable LED. Today, Osram Opto Semiconductors presents the latest generation, the Topled E1608, with a package smaller than its predecessor models by a factor of 20. Despite this considerable miniaturization, the low-power LED is bright, reliable and robust, offering greater options and design flexibility, particularly for car interior applications. 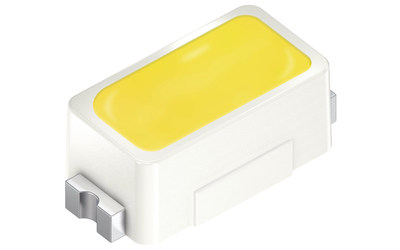 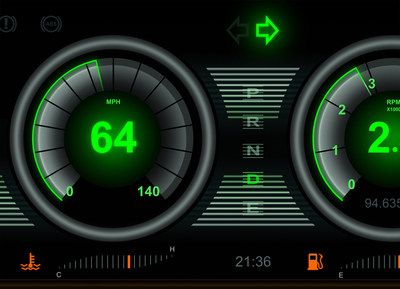 ThinGaN, thin film and Sapphire – the new Topled E1608 LEDs from Osram Opto Semiconductors are based on the latest chip technologies. In combination with the latest high-efficiency converters, the low-power LEDs produce outstanding performance values. At a normal operating current of 20 mA, the new Topleds are 3.6 times brighter than preceding models. The converted pure green version, for example, achieves the impressive and unprecedented value of 780 mcd at 10 mA. For the package, Osram uses tried and tested pre-mold technology, but reduced in size compared to the previous version. The E1608 in the name refers to the more compact package dimensions of 1.6 mm x 0.8 mm compared to the standard Topled measuring 3.2 mm x 2.8 mm. At 0.6 mm, the E1608 height is also considerably less than the previous height of 1.9 mm.

Topled E1608 – the industry standard of the future

Due to the new package dimensions, the E1608 can now be used for more compact customer systems.

"The new Topled E1608 LEDs are some of the smallest LEDs in their class, offering reliability, a wide selection of colors and impressive performance values," said Michael Godwin, Director, World Wide Interior Automotive Products, Osram Opto Semiconductors. "In addition, they are suitable for all customer requirements – whether the application is toward the top or bottom of the brightness range. We anticipate they will become firmly established in the market and may eventually define a new industry standard. These robust LEDs are suitable particularly for the automotive sector for applications such as displays, ambient lighting and backlighting of switches and instruments."

Osram's next-gen Topled will be available in numerous colors – from yellow and orange to super red, white, pure green and true green as part of the current market launch, expected to be the first of an entire series throughout the remainder of 2017.

For more information on the Topled family, please refer to the product catalog.

ABOUT OSRAMOSRAM, based in Munich, is a globally leading lighting manufacturer with a history dating back about 100 years. The product portfolio includes high-tech applications based on semiconductor technology such as infrared or laser lighting. The products are used in highly diverse applications ranging from virtual reality, autonomous driving or mobile phones to smart and connected lighting solutions in buildings and cities. In automotive lighting, the company is the global market and technology leader. Based on continuing operations (excluding Ledvance), OSRAM had around 24,600 employees worldwide at the end of fiscal 2016 (September 30) and generated revenue of almost €3.8 billion in that fiscal year. The company is listed on the stock exchanges in Frankfurt and Munich (ISIN: DE000LED4000; WKN: LED 400; trading symbol: OSR). Additional information can be found at www.osram.com.