ROCKFORD, Mich., June 28, 2019 /PRNewswire/ -- Wolverine—the Michigan-based footwear and apparel company known for making durable work boots for more than 135 years—has launched a line of USA built work boots, the Wolverine Ramparts. Starting today, 100% of the proceeds from a Limited Edition version of the Ramparts, made with Chicago's Horween leather, will benefit Workshops for Warriors® through July 5, 2019. 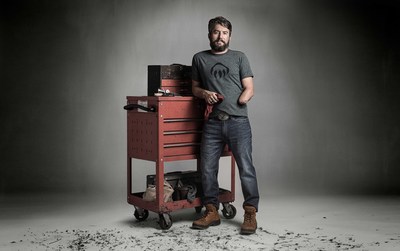 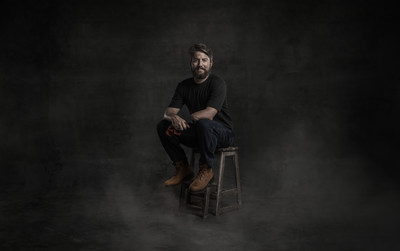 "We're proud to offer a boot built for American workers by American workers," said Andrew Shripka, vice president of marketing for Wolverine. "Having this made-in-America boot benefit an organization whose mission is to rebuild American manufacturing and support our veterans is a great way for Wolverine and our customers to say thank you to our veterans as they enter this next chapter of their careers."

The Ramparts collection also features 6-inch, 8-inch and pull-on built-in-America work boots, made with the best materials from around the world, in three different colors. As part of Wolverine's ongoing commitment to Workshops for Warriors, 5% of all proceeds from the sale of all Ramparts styles on wolverine.com will be donated to Workshops for Warriors through the end of 2019.

Wolverine is also proud to announce that Workshops for Warriors student, Marine Corps veteran and competitive snowboarder Mike Spivey will be featured as the newest member of Team Wolverine. Mike will serve as an ambassador as part of Wolverine's Project Bootstrap to showcase the great opportunities available in advanced manufacturing careers.

"Our partnership with Workshops for Warriors, to help veterans find jobs in the skilled trades, is paramount to why we started Project Bootstrap in the first place, and we're thrilled to have a champion for the trades like Mike Spivey joining Team Wolverine," Shripka said.

The Limited Edition Ramparts is available exclusively at Wolverine.com and Work 'N Gear. To learn more about Wolverine and this product, visit Wolverine.com/Ramparts.

About Wolverine and Project BootstrapWolverine is a Michigan-based footwear and apparel company that has been making durable work boots with the highest-quality materials for more than 135 years. Committed to supporting those in the skilled trades, Wolverine's Project Bootstrap was formed in 2014 to celebrate and thank hard working people in the skilled trades and donate boots to trade students and trades workers. In 2018 Team Wolverine was formed to shine a light on the career opportunities available in the skilled trades and support individuals that personify the drive, grit and work ethic of those in the trades to ultimately help close the skills gap. For more information, visit www.wolverine.com.

About Workshops for Warriors The mission of Workshops for Warriors is to provide quality hands-on training, STEM educational programs and opportunities to earn third party nationally recognized credentials to enable veterans, transitioning service members, and other students to be successfully trained and placed in their chosen advanced manufacturing career field. To learn about enrollment or donating to help support the program and its mission, visit wfw.org.

About Mike Spivey Mike Spivey—Marine, Paralympic snowboarder, machinist and Wolverine ambassador—believes that overcoming adversity and leading a purposeful life is something everyone can achieve.