CHICAO, Oct. 22, 2019 /PRNewswire/ -- On behalf of the more than 5 million Americans living with Alzheimer's and their family members, the Alzheimer's Association is encouraged to learn that Biogen will pursue regulatory approval from the FDA for the investigational drug aducanumab based on Phase 3 clinical trial results from the EMERGE and ENGAGE studies, and other related data, after finding a reduction of cognitive and functional decline in people taking the high dose.

Founded by caregivers, and focused on creating a world without Alzheimer's and all dementia, the Alzheimer's Association is an organization that puts the person with dementia and family members first. At the same time, we believe in and are driven by scientific evidence. We eagerly anticipate reviewing a full report of the findings from these studies and participating in a robust discussion of data.

In March, Biogen announced it would discontinue its Phase 3 clinical trials for aducanumab after an interim analysis showed the drug was not likely to produce a meaningful benefit. However, an analysis including an additional three months of data will be submitted to the FDA. While under review by the FDA for possible approval, the company says it plans to offer access to aducanumab to eligible participants previously enrolled in the Phase 3 studies, the long-term extension of the Phase 1b study, and a safety study.

No stone can be left unturned. We must advance all potential treatment avenues and also explore methods for combining these approaches. Alzheimer's and other dementias are complex, and their effective treatment and prevention will likely also be a complex – but achievable – task. All currently pursued treatments that are considered safe should be continued to determine their efficacy.

At the Alzheimer's Association, we have never been as optimistic as we are today. 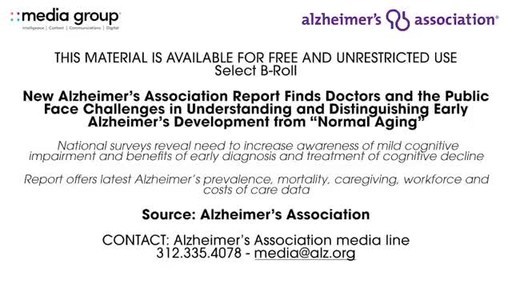