FOUNTAIN VALLEY, Calif., Feb. 7, 2020 /PRNewswire/ -- Hyundai's Boston-themed, star-studded spot, "Smaht Pahk," was one of the most successful commercials during the Big Game, ranking second overall on USA TODAY's Ad Meter. In addition, the spot scored 738 on Ace Metrix and was the highest performing commercial overall in the highly-regarded third-party ranking that evaluates advertising effectiveness.

With more than 42 million views on YouTube alone, Hyundai's ad is currently one of the most watched Big Game commercials on the platform. The ad has a combined view total of 55.2 million views across YouTube, Facebook and Twitter. In addition, "Smaht Pahk" was a hot topic of conversation on social media with more than 43,000 mentions. In fact, Hyundai was named Twitter Brand Bowl's "12th Player" for the best real time engagement and was one of the top 20 trending topics on Twitter on the day of the Big Game.

Hyundai's commercial also drove digital activity for the brand and consumer interest in the all-new Sonata. HyundaiUSA.com web traffic spiked significantly during the hour of the commercial and nearly 250,000 people have visited the Sonata landing page as a result of the commercial. In addition, web tracking on leading car shopping sites revealed that Hyundai traffic on Edmunds.com had a 6,982 percent lift, while on Cars.com Hyundai received a 961 percent surge in traffic to its car model pages during the game.

"This is Hyundai's biggest moment to shine in marketing and we were able to effectively reach millions of people on TV, online and in social media," said Angela Zepeda, CMO, Hyundai Motor America. "The reception to the spot exceeded even our highest expectations and we've been successful at entertaining with creative storytelling and driving real interest in the all-new Sonata. We did this by celebrating the city and people of Boston and we are proud to see that the commercial's messages resonated with audiences."

The success of Hyundai's Big Game advertising campaign extended to national media acclaim as it was one of the most talked about commercials by news outlets with more than 3,000 stories on the spot. Top rankings and recognitions from leading news authorities include:

Hyundai Motor AmericaAt Hyundai Motor America, we believe everyone deserves better. From the way we design and build our cars to the way we treat the people who drive them, making things better is at the heart of everything we do. Hyundai's technology-rich product lineup of cars, SUVs and alternative-powered electric and fuel cell vehicles is backed by Hyundai Assurance—our promise to create a better experience for customers. Hyundai vehicles are sold and serviced through more than 830 dealerships nationwide and nearly half of those sold in the U.S. are built at Hyundai Motor Manufacturing Alabama. Hyundai Motor America is headquartered in Fountain Valley, California, and is a subsidiary of Hyundai Motor Company of Korea. 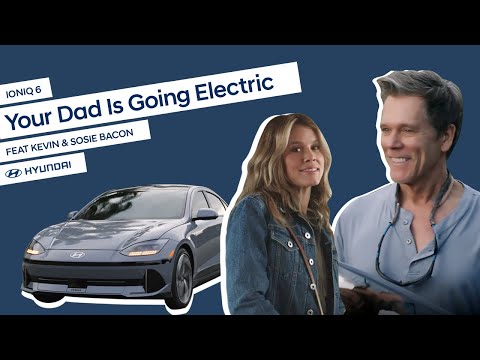 Hyundai Donates $30,000 to Local Nonprofits in Savannah to Continue its Investment in Georgia