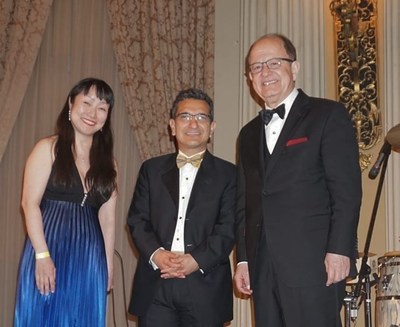 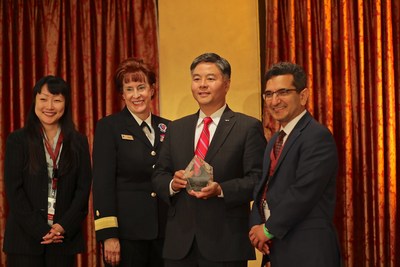 "This year, we focused our program on innovation, translation, integration, and commercialization of neuro-technologies to advance therapeutics for our patients" said, Dr. Vicky Yamamoto, Executive Director of SBMT and a member of the Executive Board of BMF and SBMT, and a cancer scientist at the Department of Head and Neck Surgery at USC-Keck School of Medicine.

"SBMT has made great impacts in the field scientifically not only through cross pollination of ideas and disciplines but also through enabling scientists to take their innovation to market."  Dr. Tom Oser, Visiting Professor of Management of Technology & Innovation at UCLA Anderson School of Management. "SBMT is an unparalleled network of experts, entrepreneurs, non-profit and government segments, that all appear to be intent on accelerating the adoption of neuroscience solutions," he continued.

The Brain Technology & Innovation Park (BTIP) is aimed at fostering global partnership amongst biotechnology parks, NASA, US Federal and national labs, industry, academic institutions, non-profit and venture philanthropy organizations in order to rapidly introduce diagnostics and therapeutics for neurological disorders. The BTIP Initiative will be facilitating commercialization of neuro-technologies through necessary funded research and product development phases. Members of the BTIP could additionally participate in our various symposium and workshops at the annual meetings of SBMT in Los Angeles.

"BMF is committed to make Los Angeles the capital of the world for brain and neurotechnology in general; we are honored to have such amazing luminaries as our keynotes and honored to award pioneers in the field including Drs. Kandel, Nikias, Federoff and Congressman Ted Lieu", said, Dr. Babak Kateb, Chairman of the Board and CEO of SBMT, President of BMF and Director of Brain Technology and Innovation Park (BTIP).

Three screenings of an award-winning documentary on epilepsy, Brainstorm, were aired at the SBMT World Congress, and discussions were held on the topic by leading experts Drs. Warren Boling (LLU) and Dawn Eliashiv (UCLA).  The documentary was produced by Ms. Stacia Kalinowski who had documented her own struggle with epilepsy; this documentary was well received by epilepsy patients and their families and caregivers.

"SBMT is not only focused on advancing the science in the field but also insuring epilepsy patients access to the latest clinical trials and therapeutics available through our collaborating centers of excellence" Dr. Dawn Eliashiv, a member of the board of SBMT, Professor of Neurology and Co-director of the UCLA Seizure Disorder Center.

"I congratulate Dr. Max Nikias for this great honor, applaud and support amazing work done by the Brain Mapping Foundation including many of their initiatives" said Ming Hsieh, Founder and CEO of Fulgent Genetics, Inc., a member of the USC Board of Trustee and 2013 recipient of the BMF-SBMT Humanitarian award.

"We continue to grow over the last 15 years and expand the outreach of the foundation beyond helping the wounded soldiers and veterans in order to impact soldiers, veterans and civilians with neurological disorders, spine disorders, and injuries, and they are critical to our mission," said, Dr. Ken Green, Ret. US Navy Commander, Vice President of Brain Mapping Foundation, and a member of the executive board of SBMT.

2019 World Brain and Spine Mapping and Therapeutics will be held at the LA Convention Center along with the world's first World BRAIN EXPO on March 15-17th 2019.

"2019 World Congress of Brain Mapping & Therapeutics will also include significant innovation in spine diagnostics and therapeutics" said, Dr. Jeffrey Wang, Co-director of USC Spine Center, Professor of Clinical Orthopedic Surgery and Neurosurgery (Clinical Scholar), and the 16th President of SBMT and a member of the Executive board of SBMT.