OAKLAND, Calif., May 19, 2021 /PRNewswire/ -- OhmConnect, the leading customer-response program for residential energy use, today announced a neighborly competition, dubbed the OhmConnect City Energy Challenge, where California residents compete against other cities for the coveted title of "Energy Saving Superhero." The winning city will be awarded a total of $50,000 in educational scholarships.

"It's time to take grid resilience into our own hands," said San José Mayor Sam Liccardo. "OhmConnect's free smart thermostats provide an innovative solution to the catastrophic impacts of blackouts throughout California, by relieving the stress on our electricity grid amid spikes of peak power usage."

Each participating city will be allotted 25,000 free smart thermostats to be distributed to local households who choose to participate. Cities will race to put smart thermostats in the greatest number of homes and connect to the OhmConnect platform by September 30. The winning city will earn $50,000 in educational scholarships ($5,000 to 10 winners).

"OhmConnect has created a win-win-win that works for every household," said Oakland Mayor Schaaf. "It's free to sign up for OhmConnect. When you sign up, you'll get a free smart thermostat that will reduce your energy use at times of peak demand. Then you will get paid for these energy savings and you'll decrease your utility bill while helping the state prevent blackouts."

"Every summer, Fresno residents get hit with high temperatures and high energy bills," said Fresno Mayor Dyer. "By installing smart thermostats and joining OhmConnect, Fresno residents can actually get paid to save energy. Let's do our part to prevent blackouts -- and get paid for doing it."

OhmConnect's community of energy savers played a critical role in last year's unprecedented August 2020 heat wave in California by reducing 1GWh of energy, which is equivalent to taking 600K homes off of the grid for an hour. They earned $1.3 million from OhmConnect for their efforts and also helped prevent blackouts on six additional days during the heatwave.

"Rolling blackouts last year left millions of Californians in the dark," said OhmConnect CEO Cisco DeVries. "That can't happen again this year, so I am thrilled to be scaling the success we saw with the OhmConnect platform last summer when the collective efforts of our users helped prevent more blackouts. The momentum built by this campaign is exciting, and our new users, our state, and our environment have so much to gain."

OhmConnect, winner of the 2021 Fast Company "World Changing Ideas" Award, was founded in 2014 with the vision of becoming the world's largest supplier of clean energy. It has a mission to improve the lives of people and the health of the planet by reimagining the way energy is (collectively) used. Today, OhmConnect enables hundreds of thousands of customers to reimagine how they use energy, to choose clean energy over dirty energy when required, and to be rewarded for timely, smarter, home energy use. OhmConnect makes it possible for customers to use clean energy without buying expensive solar-powered systems or changing energy providers. The company pays its users for saving energy when the grid is at risk of using dirty power. OhmConnect has paid Californian consumers nearly $14 million to save energy. Customers of the three major California energy suppliers – Pacific Gas and Electric (PG&E), Southern California Edison and San Diego Gas & Electric – can sign up with OhmConnect for free at ohmconnect.com. Follow OhmConnect on Twitter @OhmConnect, see the OhmConnect blog or check it out on Facebook and LinkedIn. 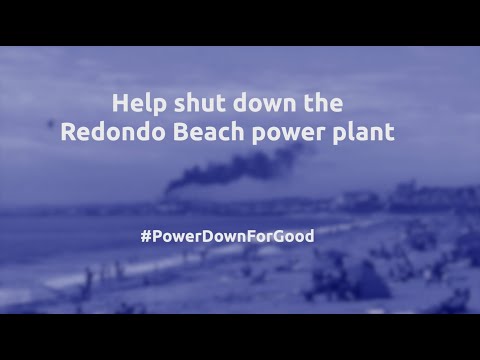 OhmConnect Partners with Redondo Beach City Leaders to Shut Down...