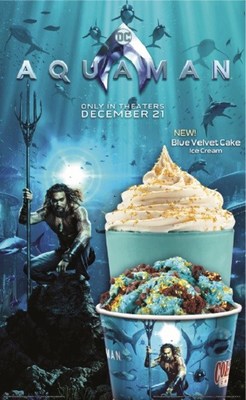 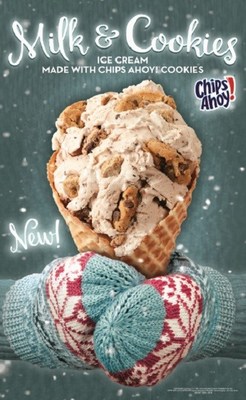 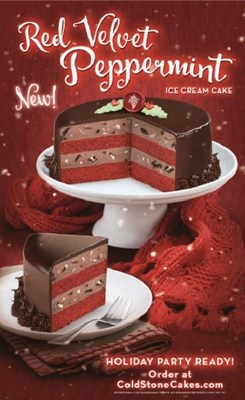 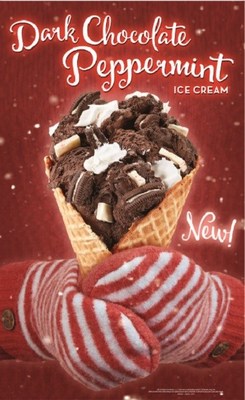 "We love to bring people together during this time of year to enjoy delicious treats that really get them in the holiday spirit," said Sara Schmillen, vice president of marketing at Kahala Brands™, parent company of Cold Stone Creamery. "Cold Stone Creamery is the best place to get a taste of the holidays!"

Cold Stone Creamery® delivers the Ultimate Ice Cream Experience® through a community of franchisees who are passionate about ice cream. The secret recipe for smooth and creamy ice cream is handcrafted fresh daily in each store, and then customized by combining a variety of mix ins on a frozen granite stone. Headquartered in Scottsdale, Arizona, Cold Stone Creamery is owned by parent company Kahala Brands™, one of the fastest growing franchising companies in the world with a portfolio of nearly 30 fast-casual and quick-service restaurant brands with approximately 3300 locations in 30 countries. The Cold Stone Creamery brand operates nearly 1,500 locations globally in approximately 30 countries worldwide.

From Warner Bros. Pictures and director James Wan comes an action-packed adventure that spans the vast, visually breathtaking underwater world of the seven seas, Aquaman, starring Jason Momoa in the title role.  The film reveals the origin story of half-human, half-Atlantean Arthur Curry and takes him on the journey of his lifetime—one that will not only force him to face who he really is, but to discover if he is worthy of who he was born to be…a king.

Wan directs from a screenplay by David Leslie Johnson-McGoldrick and Will Beall, story by Geoff Johns & James Wan and Will Beall, based on characters created by Paul Norris and Mort Weisinger for DC.  The film is produced by Peter Safran and Rob Cowan, with Deborah Snyder, Zack Snyder, Jon Berg, Geoff Johns and Walter Hamada serving as executive producers.