PLANO, Texas, July 15, 2020 /PRNewswire/ -- For a decade, Doritos' "Crash the Super Bowl" gave consumers the opportunity to create Doritos Super Bowl commercials — which opened doors and elevated careers for countless aspiring filmmakers. Doritos is today reviving that same spirit with "Crash from Home," an opportunity for consumers to be part of the highly anticipated NFL Kickoff weekend during Week 1 games on Sunday, September 13… with $150,000 on the line. 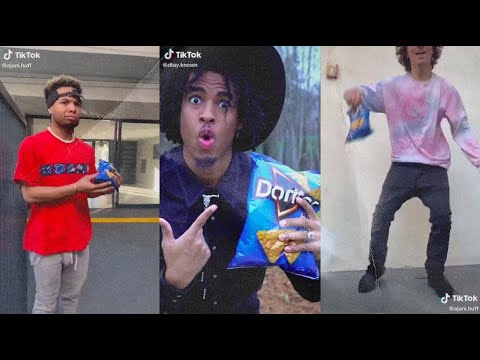 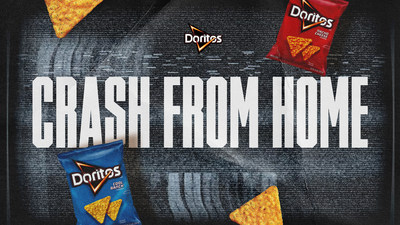 Doritos is asking fans to create its first TV commercial since the pandemic and plans to air it during one of the most hotly anticipated events in recent memory — NFL Kickoff Weekend. See highlight video here.

"Doritos has a long history of handing over its brand to consumers, building the brand together and elevating fans to get to that next level," said Marissa Solis, SVP of marketing, Frito-Lay North America. "Crash from Home embodies that same spirit, with the goal being to elevate and reward creative work in a way that's appropriate for the times."

How to EnterThe contest is open to U.S. residents 18+ years of age. Top entries will be highlighted on Doritos social channels, while Doritos will create a compilation of the very best content to air in a TV commercial during the first Sunday of the NFL season. The deadline to enter is July 28 and winners will be announced August 3 on Doritos social accounts. To enter and for full details and terms and conditions, visit Crashfromhome.com.

Crash the Super Bowl LegacyCrash from Home is an evolution on Doritos' iconic Crash the Super Bowl campaign, which ran for a decade and saw numerous consumer-created commercials rank in the top five of the USA TODAY Super Bowl Ad Meter, including four spots that landed No. 1. Doritos handed out more than $7 million in prize money and elevated the careers of countless aspiring filmmakers, a handful of whom have since created major films and television shows.

Doritos & PepsiCo Support EffortsDoritos and PepsiCo are doubling down on communities and populations in need of support. In addition to Crash from Home, Doritos recently announced its initiative to #AmplifyBlackVoices by handing over its out-of-home advertising to local African American artists in the push for racial equality, which includes a partnership with Black Lives Matter and $1 million in resources toward the movement (more info here). Additionally, parent company PepsiCo recently announced a more than $400 million set of initiatives over five years to lift up Black communities and increase representation at PepsiCo (more info here). PepsiCo and Frito-Lay have also focused efforts and more than $60 million in support of COVID-19 relief efforts, including targeting the disproportionally affected Hispanic and African American communities. Visit PepsiCo.com for more info. In addition, the NFL Family announced at the end of April it had surpassed $100M in COVID-19 relief efforts and recently expanded its support in areas of racial and social justice through a 10 year, $250M commitment.

About DoritosDoritos believes there's boldness in everyone. We champion those who are true to themselves, who live life fully engaged and take bold action by stepping outside of their comfort zone and pushing the limits. Doritos is one of many Frito-Lay North America brands – the $17 billion convenient foods division of PepsiCo, Inc. (NASDAQ: PEP), which is headquartered in Purchase, NY. Learn more about Frito-Lay at the corporate website, http://www.fritolay.com/, and on Twitter http://www.twitter.com/fritolay.

About PepsiCoPepsiCo products are enjoyed by consumers more than one billion times a day in more than 200 countries and territories around the world. PepsiCo generated more than $64 billion in net revenue in 2018, driven by a complementary food and beverage portfolio that includes Frito-Lay, Gatorade, Pepsi-Cola, Quaker and Tropicana. PepsiCo's product portfolio includes a wide range of enjoyable foods and beverages, including 22 brands that generate more than $1 billion each in estimated annual retail sales. Guiding PepsiCo is our vision to Be the Global Leader in Convenient Foods and Beverages by Winning with Purpose. "Winning with Purpose" reflects our ambition to win sustainably in the marketplace and embed purpose into all aspects of the business. For more information, visit www.pepsico.com.

Ruffles® Encourages Fans to Own Their Ridges with the Release of...

Kate McKinnon and Dan Levy Team Up For The Love of Tostitos Chips ...