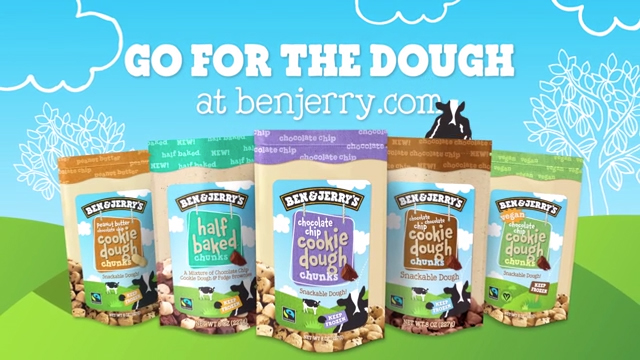 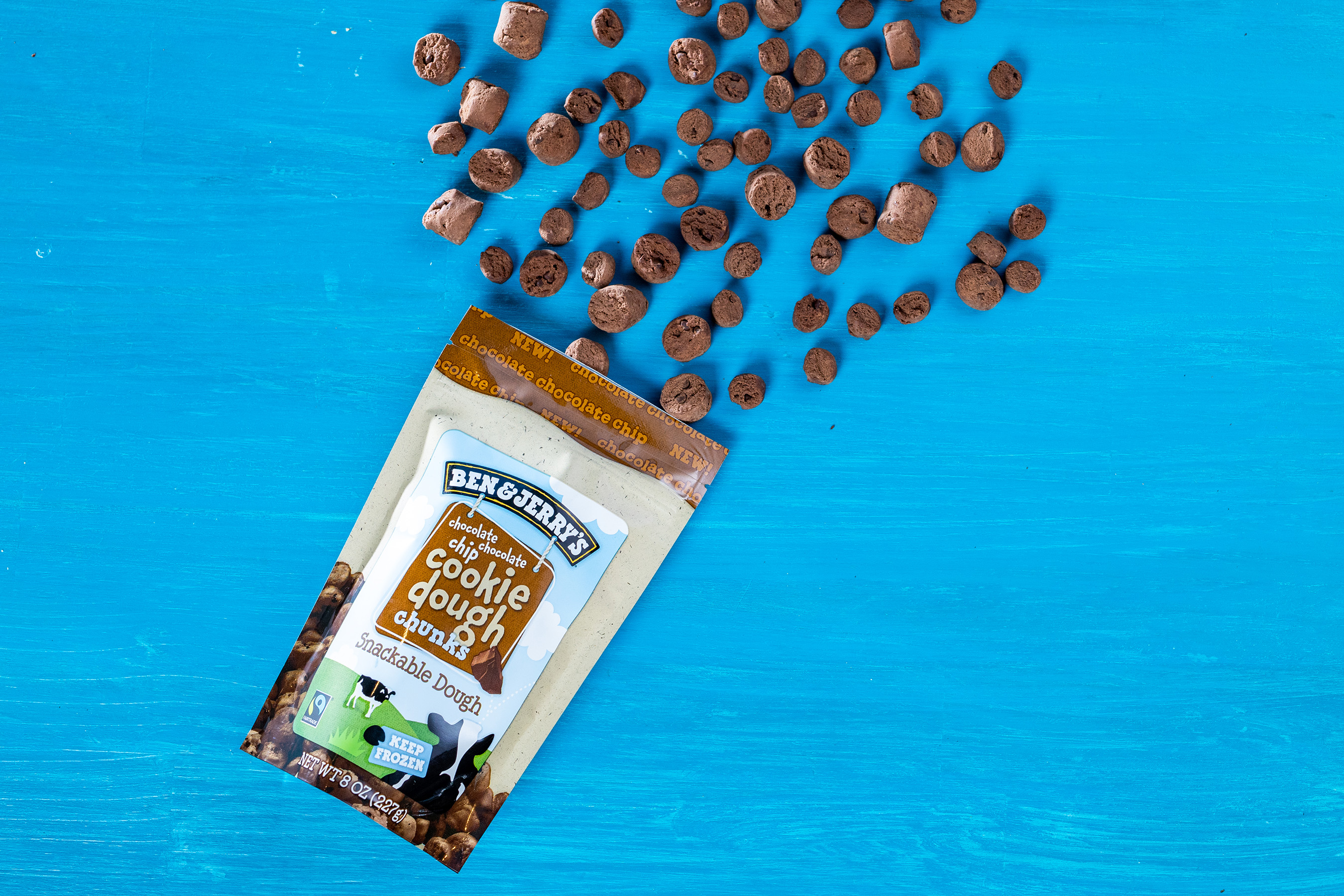 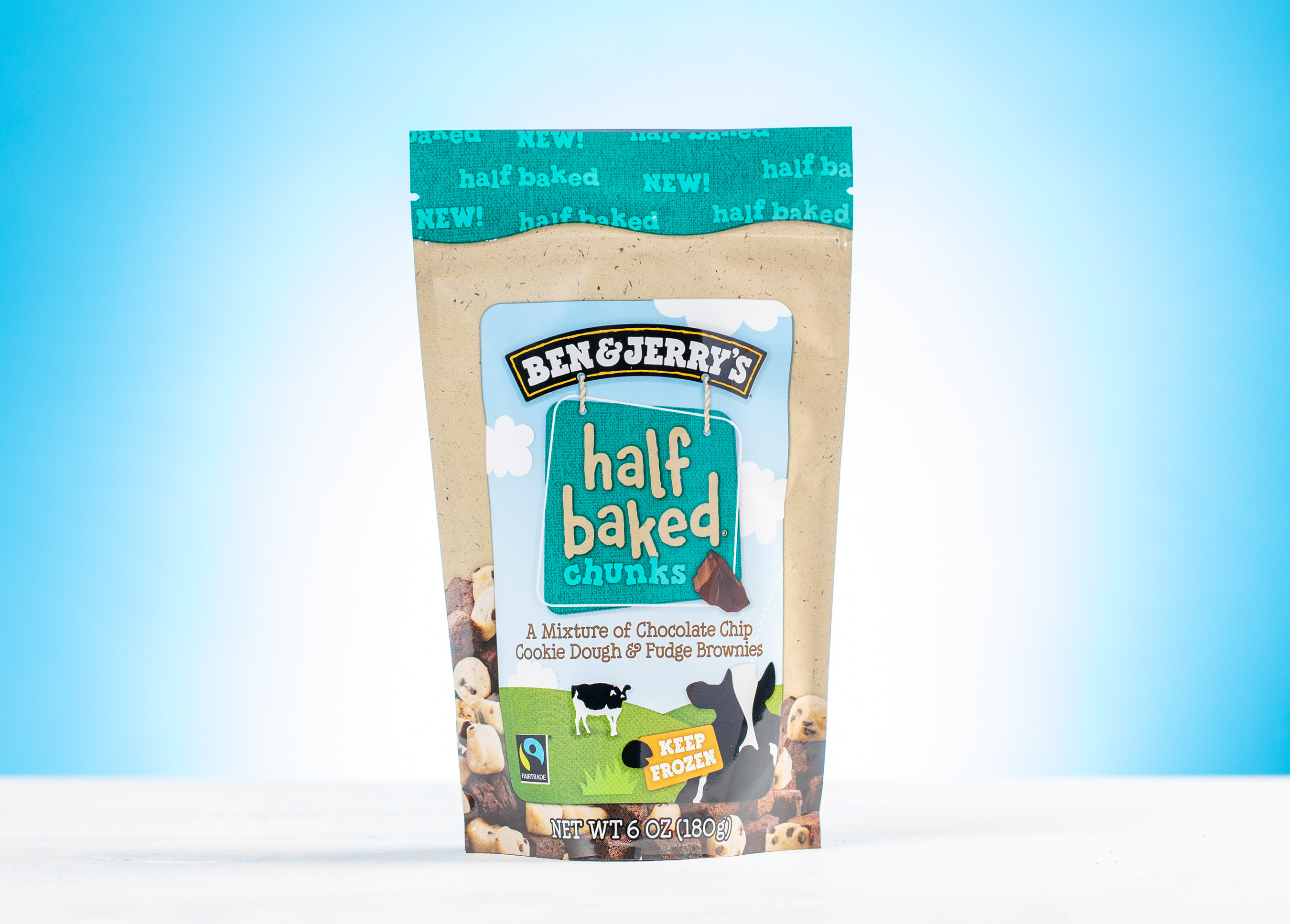 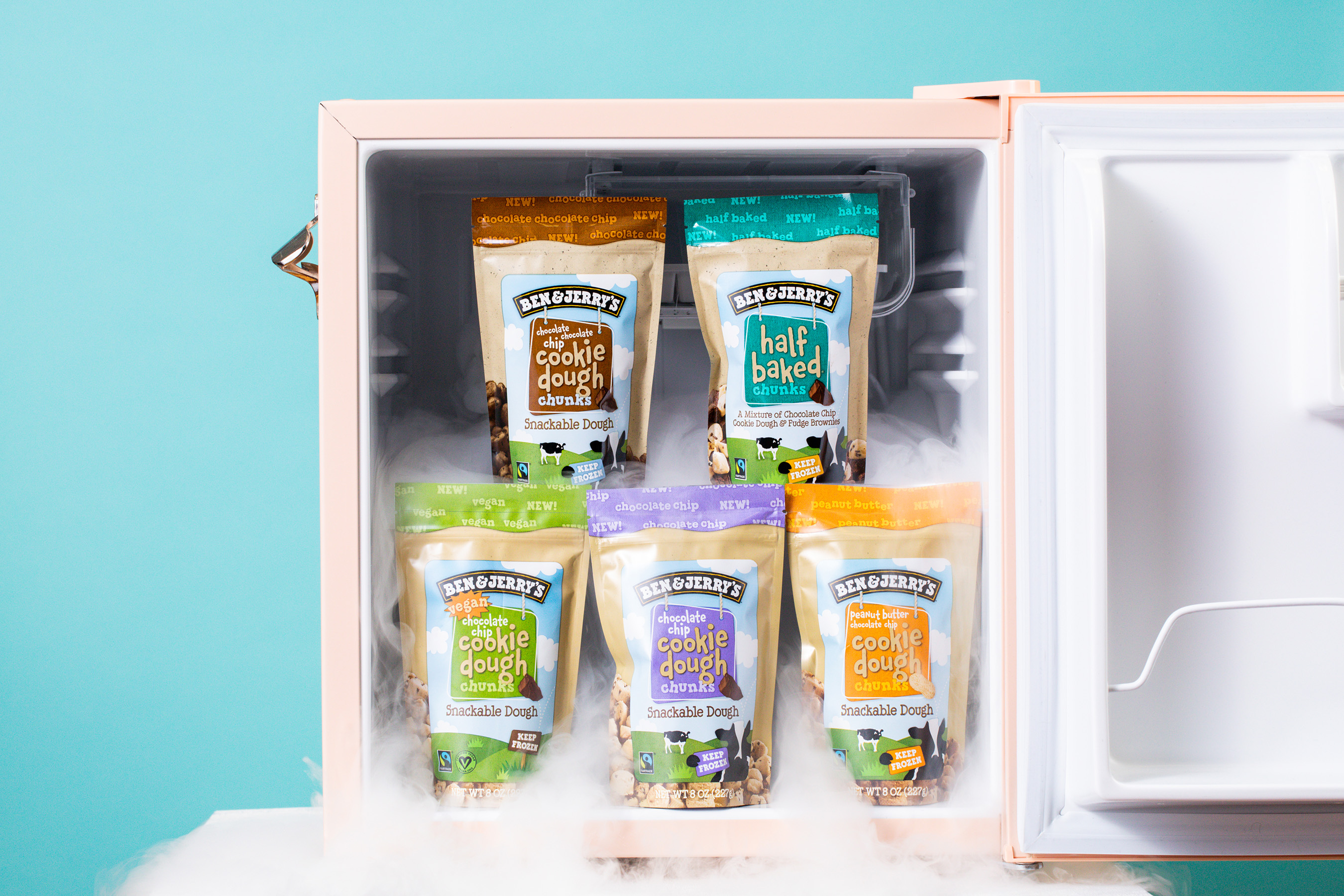 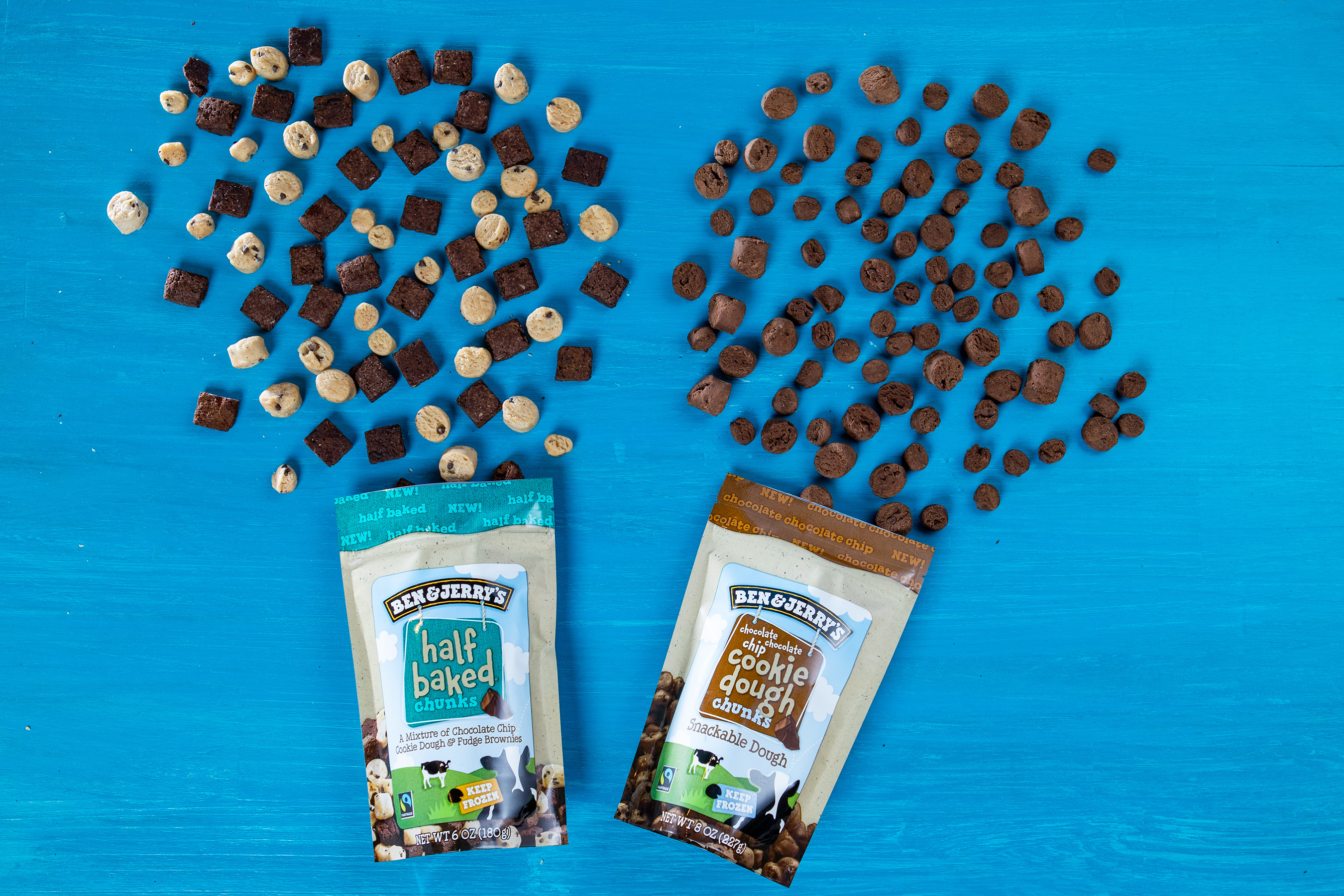 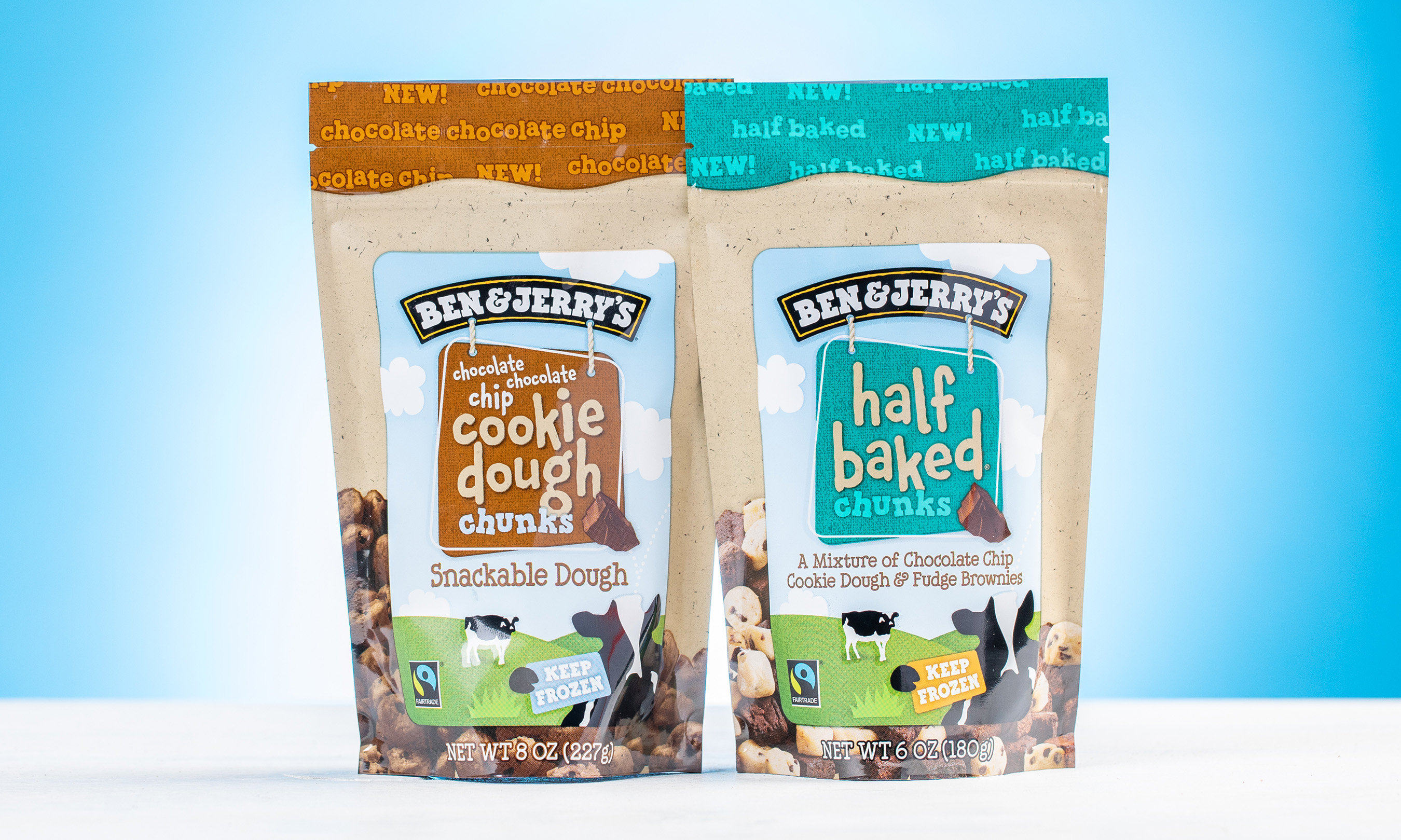 Raw cookie dough has become a global phenomenon, but Ben & Jerry's are the dough-riginals. In 1984 they were the first national ice cream company to drop big chunks of chocolate chip cookie dough into a batch of ice cream. Today the company announced two new flavors of cookie dough chunks:

"We weren't entirely surprised when cookie dough chunks flew off the shelf," said Jody Eley, the innovation manager in charge of the launch. "Cookie Dough is our #1 fan favorite around the world, and we know our fans often dig around the ice cream to get to the chunks. We just made it a little easier by putting them in a bag." Eley says dough lovers sprinkle the chunks on their sundae, snack on them mid-afternoon, or eat them right out of the bag on the way home from the supermarket. The dough is safe to eat because it's made with pasteurized eggs and heat-treated flour.

Cookie Dough Chunks are available in supermarkets and participating Scoop Shops nationwide for a suggested retail price of $3.99-5.49. Learn more or find a store near you at Ben & Jerry's Flavor Locator. 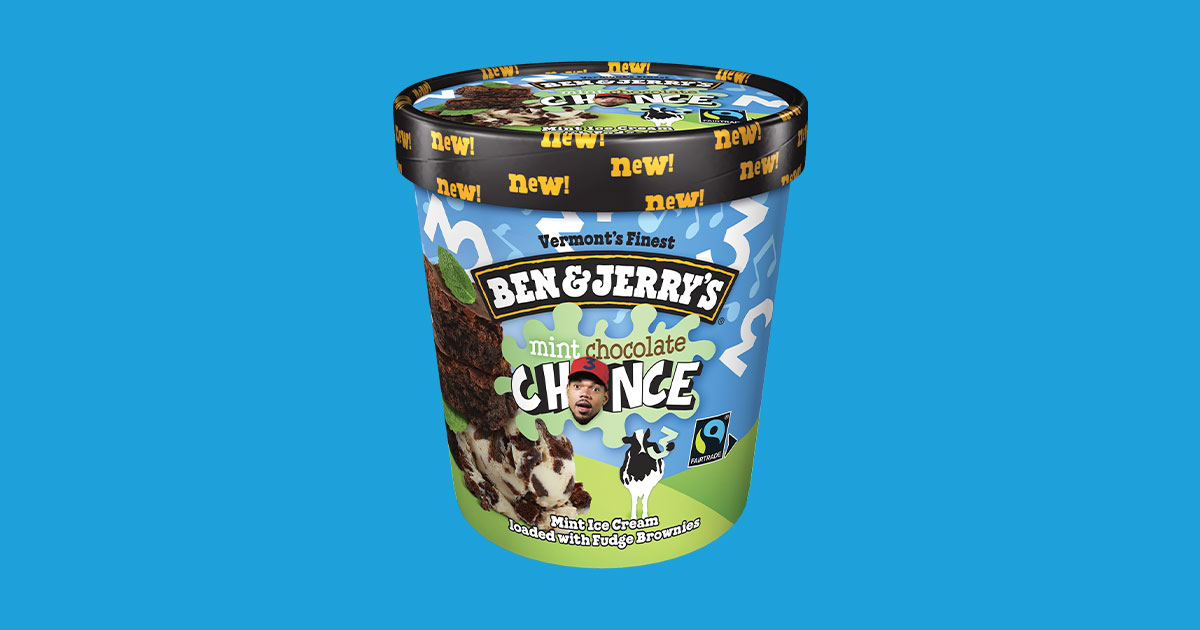