ROCKVILLE, Md., April 11, 2019 /PRNewswire/ -- Goodwill Industries International (GII) is pleased to award the 2019 Advocacy Leader Award to Joanne Hilferty, president and CEO at Morgan Memorial Goodwill Industries (Boston, MA), and Reginald Hughes, executive director of Palmetto Goodwill Services, a division of Palmetto Goodwill (Charleston, SC). The recipients have demonstrated a long-standing commitment and impact in advocating for the Goodwill mission in Congress, and prioritizing the needs of Goodwill program participants in their efforts.

During her 24 year tenure, Hilferty has championed the importance of advocacy to the Goodwill mission and has integrated advocacy into the day-to-day operations of the Boston Goodwill. Hilferty has been actively engaged in the Goodwill network, serving on the GII Board of Directors and chairing the board's public policy committee for several years. Hilferty and her staff advocate with state leaders and elected officials to support job training and other social justice initiative. She is on the board and chairs the employment committee of the Massachusetts Council of Human Services Providers, a statewide advocacy group, an important vehicle for raising issues within the Commonwealth of Massachusetts.

Hilferty meets regularly with federal, state and local officials to advance Goodwill mission impact and raise awareness for the programs that Goodwill's participants need in order to achieve self-sufficiency and enhance their quality of life. As a result of Hilferty's efforts, elected officials including Massachusetts Governor Charlie Baker, U.S. Senator Ed Markey, and Boston Mayor Marty Walsh visit Goodwill regularly and are supportive of its work. Governor Baker recently visited Goodwill to meet with people reintegrating back into society from the Boston Pre-Release Center who have found employment through a new public-private partnership with the state's Department of Correction.

Reginald Hughes advocates for several key programs that help advance his community and enhance opportunities for Goodwill program participants. In an effort to engage state policymakers and community decision makers about the needs of Goodwill program participants, Hughes created the Palmetto Goodwill Advocacy Champion program. To qualify, elected officials must participate in a corporate tour of the Charleston Goodwill organization, pledge their commitment by signing a letter of support, and make a donation to one of the retail stores in the Goodwill's territory, encouraging family members to do the same. Eight State Senators and Representatives have become Palmetto Goodwill champions, including Rep. Nancy Mace, who is the sponsor of the Goodwill's bill to fund an Excel Center, a unique, charter high school specifically designed for adult learners who want to obtain their diplomas and certifications. Governor Henry McMaster (R-SC) endorsed Hughes' and the local Goodwill's efforts on the bill with a letter of support.

Hughes has conducted more than 50 corporate tours with both groups and individuals, including elected officials, to promote mission awareness and advocate for needs.

ABOUT THE GII ADVOCACY LEADER AWARD

Goodwill Industries International (GII) is a network of 160 community-based, autonomous organizations in the United States and Canada with a presence in 13 other countries. GII is a 501(c)(3) nonprofit that is recognized by GuideStar with its Platinum Seal of Approval, the organization's highest rating for charities. For the past three years, Goodwill was ranked in the top five brands that inspired consumers the most with its mission in the World Value Index, commissioned by the creative agency, enso. Goodwill has been on Forbes' list of top 20 most inspiring companies for three consecutive years, the only nonprofit featured on that list.

Local Goodwill organizations are innovative and sustainable social enterprises that offer job placement and training services, and other community-based programs by selling donated clothing and household items in more than 3,300 stores collectively and online at shopgoodwill.com®.

Goodwill is both an icon and accessible neighbor: more than 82 percent of the U.S. population resides within 10 miles of a Goodwill location. 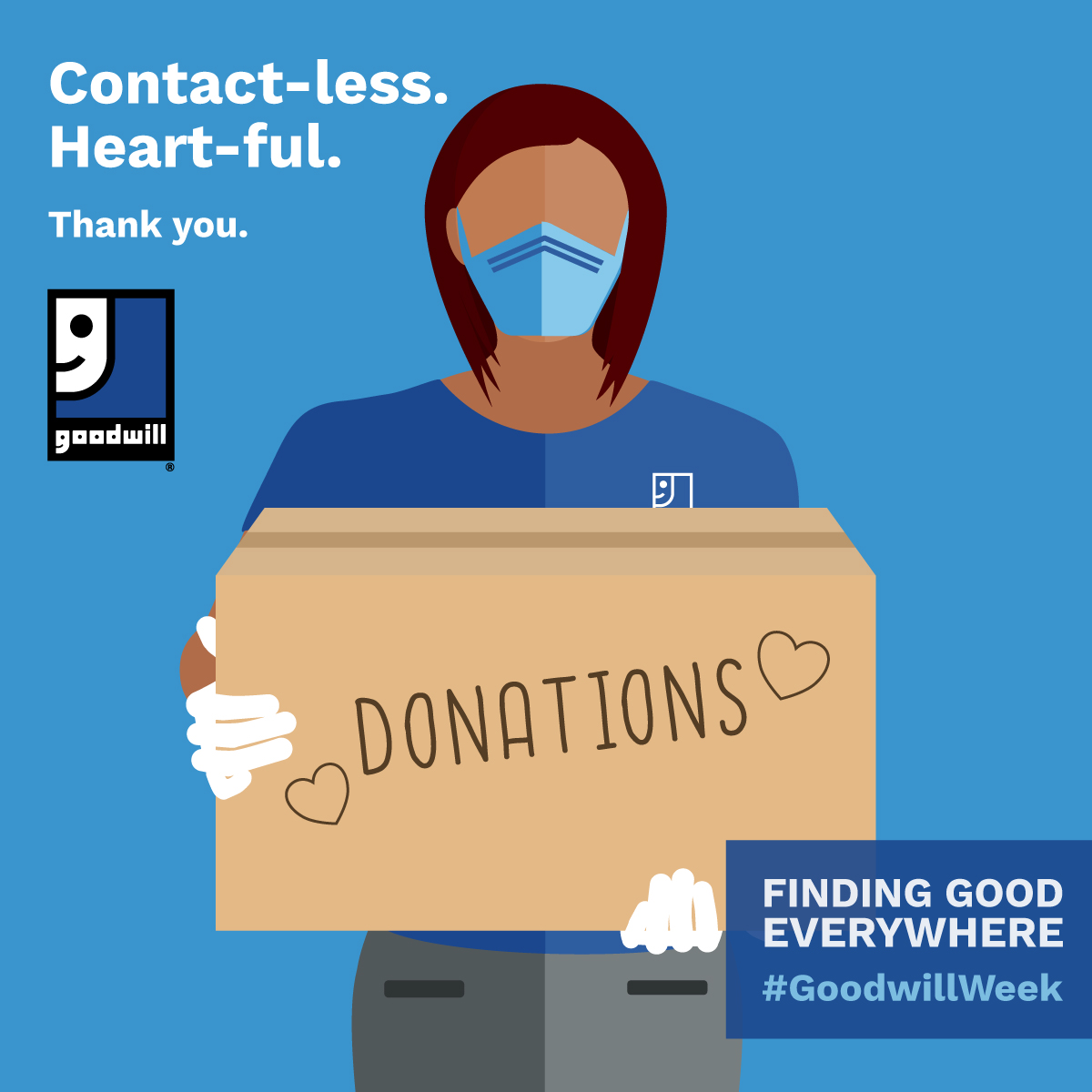