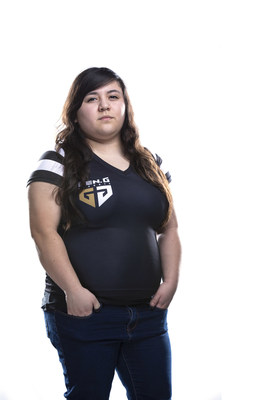 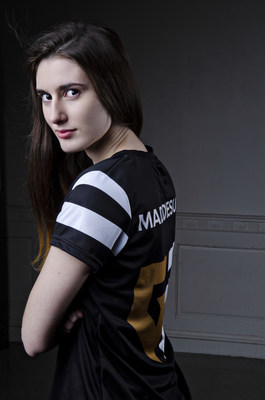 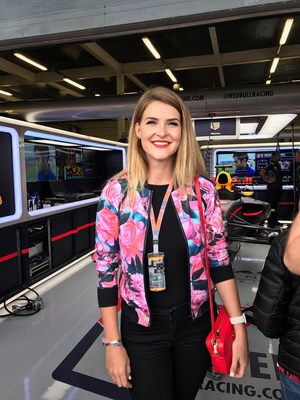 Gen.G is also announcing today that Kristen Valnicek (@KittyPlays) has signed an offer to join the organization in a business development capacity to serve as Head of New Gaming Initiatives. In her role, Kristen will support Jordan Sherman, Head of Partnerships, with new sponsorships, partnerships, recruiting, and community engagement.

Kristen has always demonstrated interest in supporting competitive gaming and players. As the founder of "Team Kitty" she's provided a platform for female gamers to come together via Twitch in an effort to network and help each other get better. This forward-thinking vision will be on display at Gen.G as she works towards setting the organization, and esports industry as a whole, up for ongoing growth.

"Our fans should be thrilled about our Fortnite team and what this development means for the future of esports," said Arnold Hur, Chief Growth Officer, Gen.G esports. "Maddie and Tina come in with a desire to be great. They'll be taking advantage of all the Gen.G resources at their disposal to improve their craft. We believe that providing organizational support will allow Tina and Maddie to develop into amazing players. We're also really excited about the experience, energy and passion that Kristen will bring to our organization."

As Gen.G continues to build a US-based presence, Tina and Maddie provide the organization with a formidable core of Fortnite players to go up against the best in the world. Under the guidance of Gen.G leadership, coaches and support staff, Tina and Maddie will hone their skills and become one of the top duos in Fortnite.

"I'm so excited to be teaming up with Maddie to represent Gen.G in Fortnite esports," said Tina Perez. "I have been competing for over 10 years in multiple esports titles for the opportunity to be matched against the best players in the world. With this opportunity, we are going to train relentlessly to be the best players we can be."

"There aren't enough words to express how grateful I am that Gen.G recognizes our passion for competitive gaming," said Madison Mann. "Tina and I both love winning more than anything. We love a challenge and strive for success while we take on other amazingly talented Fortnite players across the world."

"There's so much room for growth across the entire esports landscape and I'm here to help Gen.G take advantage of every possible opportunity," said Valnicek. "This Fortnite team is a perfect example of our organization looking at the industry from a wider scale and identifying an untapped segment. Gen.G fans will be incredibly happy about the direction we're headed in."

Gen.G's moves today come after the announcement of former NBA star Chris Bosh joining the organization as Player Management Advisor. Bosh will work closely with Tina and Maddie to give them mentorship as their playing careers explode. Given the lack of investment in female gaming across esports, the organization recognizes incredible potential in this sector and hopes to help position the industry for long-term success.

Unlike traditional sports, where geographical barriers play a much larger role, esports is largely accessible to avid gamers on a global scale. This creates an inclusive infrastructure where anyone can put their skills to the test against the game's elite. By building an organizational environment that better mirrors the makeup of the entire gaming scene, Gen.G rosters will be made up of a wider talent pool.

About Gen.G esports:Gen.G esports is a global esports organization founded in 2017, with offices in Korea, the US, and China. It owns and manages championship heritage teams competing in the world's biggest esports competitions on the world's most recognizable gaming franchises — Overwatch, League of Legends, PlayerUnknown's Battlegrounds, Heroes of the Storm and Clash Royale. Gen.G speaks to a generation that grew up on gaming, equally serving the needs of its players, fans and business partners to create a winning environment that positions its teams for success.

Gen.G is represented in the highly competitive Overwatch League by 'Seoul Dynasty'. 'Gen.G LoL' is a force on League of Legends front as winner of the 2017 League of Legends World Championship in Beijing. 'Gen.G HotS' burst onto the scene in 2017, winning the Heroes of the Storm Global Champions at BlizzCon 2017. Some of the game's top players make up Gen.G's PlayerUnknown's Battlegrounds team — Gen.G PUBG claimed the Third-Person Perspective Title in the PUBG Global Invitational 2018.  Chinese team, 'Gen.G Clash Royale' was announced earlier this year, stamping Gen.G as a leader in the industry with a presence in three major esports markets.

More information about Gen.G esports and its teams can be found at: https://www.geng.gg/

Mobil 1 Challenges NBA2K Players to Tune Up Their Game with Gen.G ...