"I want to thank Kathy for her leadership of the largest retail and commercial tissue and tabletop businesses in North America over the past 15 years," said Christian Fischer, president and CEO, Georgia-Pacific.  "The consumer products group has certainly benefited from her industry expertise and ability to drive growth through innovation, effective business strategies and operational improvements."

Walters joined the company in 2004, taking on leadership of its commercial tissue business throughout North America including sales, marketing, customer service, business development and strategy.  In 2006, she gained responsibility for the company's communication papers business, and in 2007 was named executive vice president for the company's entire consumer products portfolio worldwide – including, at that time, a leading consumer products and personal care business in Europe.

Walters came to Georgia-Pacific after serving as president and chief executive officer of Sappi Fine Paper North America.  Prior to that, she held a number of key leadership positions in Europe and the United States for Kimberly-Clark Corporation and Scott Paper Company.  Walters is chairman-elect of the board of trustees for Syracuse University and is a member of the board's executive committee. She also is a member of the board of directors and executive committee for the Grocery Manufacturers Association, and serves on the boards of INVISTA, the Georgia Aquarium and the World Affairs Council of Atlanta.

Duncan joined Georgia-Pacific in January 2018 as executive vice president of Georgia-Pacific's building products group after serving seven years as president of INVISTA Performance Solutions – also a Koch Industries company. Duncan joined Koch in 1997 and held positions with Koch Capital Services and Koch Ventures, Inc., where he became managing director in 2001, and subsequently worked in Koch's business development group. In 2004, he was director of transition for the company's INVISTA acquisition. Later that year, Duncan joined Koch Minerals as CFO before returning to INVISTA in 2007 as executive vice president of its Downstream business. His responsibilities across several Koch companies bring key experience in transactions and business development, trading, manufacturing, marketing, sales, supply chain and R&D.

Boushka, assuming the role of executive vice president of Georgia-Pacific's building products group, has served as president of GP Cellulose since 2006 and is responsible for the company's global pulp business. Previously, Boushka served as the chief financial officer for Koch Cellulose and led the team that formed the company in 2004, which then became GP Cellulose after Koch Industries purchased Georgia-Pacific in 2005. Boushka first joined Koch in 1998, working in Koch Carbon and Koch Minerals before moving to GP Cellulose in 2002. Boushka brings more than 21 years of experience in corporate finance and business management to his role.

Munir Abdallah, currently vice president of sales and marketing for GP Cellulose, will succeed Boushka as president of GP Cellulose. Since 2009, Abdallah has been overseeing the business' commercial activities, including sales to more than 80 countries and pulp production planning for customers globally. He joined GP Cellulose in 1998 as a fluff pulp sales manager for Latin America, Middle East and Africa, and was instrumental in building the sales and service capability for the business.  Abdallah also led the commercial team integration for the acquisition of Alabama River Cellulose in 2010 and Buckeye Technologies in 2013. 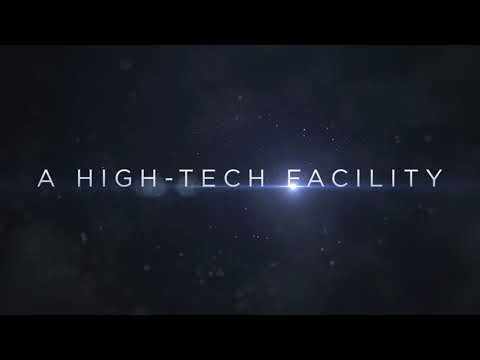