SCOTTSDALE, Ariz., Dec. 16, 2020 /PRNewswire/ -- GoDaddy Inc. (NYSE: GDDY), the company that empowers everyday entrepreneurs, today published its annual diversity and pay equity data. The analysis shows that companywide GoDaddy pays men and women in similar jobs equitably across the company. In the U.S., GoDaddy also pays men and women at parity across all ethnic groups. The representation data also illustrates that GoDaddy continues to make incremental progress towards increasing its workforce diversity in both technical and non-technical roles, from entry-level to leadership positions. 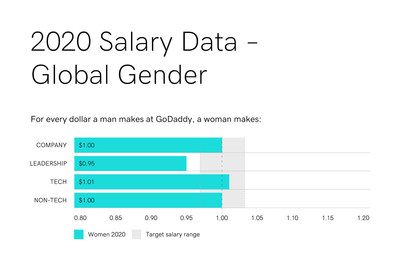 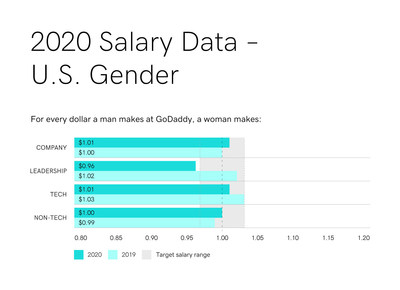 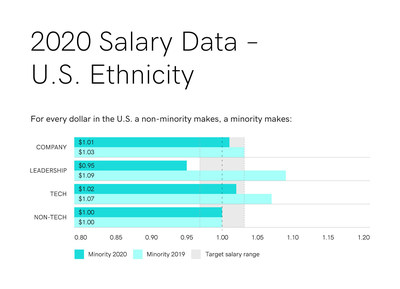 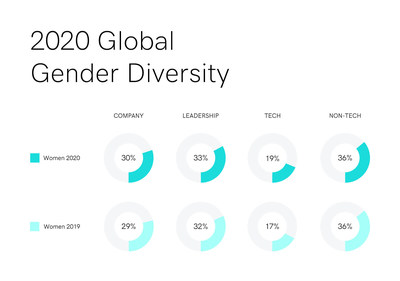 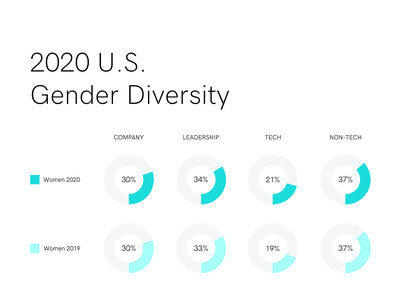 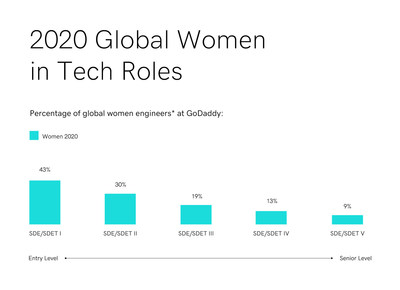 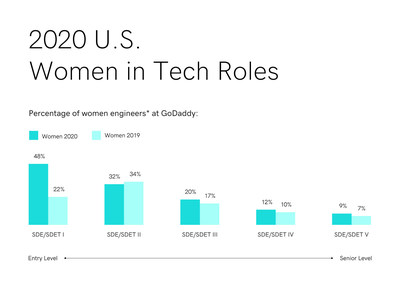 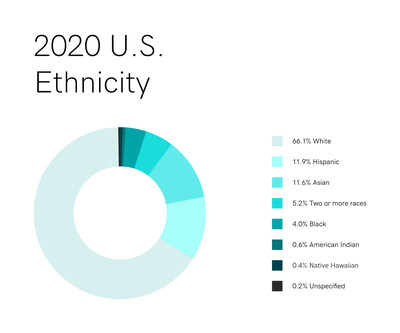 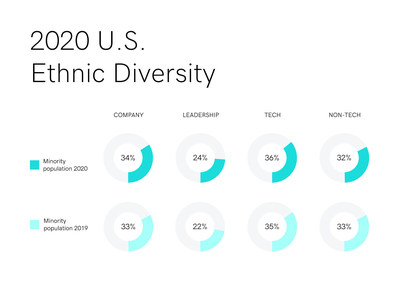 "This marks the sixth consecutive year that GoDaddy's pay analysis has shown we pay our employees at parity companywide, and we continue to make steady progress towards creating a workforce that is as diverse as the customers we serve," said GoDaddy Chief People Officer Monica Bailey. "The results we've achieved to date are directly tied to recruiting, retention and performance programs we've put in place that prioritize fairness and eliminating bias. Our representation numbers need to continue to improve, and we're learning and doing the hard work necessary to make it happen."

Reinforcing its commitment to transparency and industry knowledge sharing, this year's pay analysis expanded to include GoDaddy's global workforce, as well as different ethnic groups within its U.S. workforce. Additionally, GoDaddy revised its pay analysis methodology to include more of its employees. The analysis now accounts for similar job, level and geography, which increases the inclusion rate to greater than 95% of its U.S. employee population and greater than 91% of its global population. The previous methodology required employees be in the exact same job, level and geography, which resulted in approximately 85% inclusion of its U.S. population.

GoDaddy Salary DataThe 2020 global salary data shows that GoDaddy is paying women and men at parity when comparing like roles. In the U.S., for every dollar a man makes, a woman makes once cent more. GoDaddy analyzes total rewards including base salary, target bonus and stock grants to capture a complete view of pay. While GoDaddy's pay parity target is $1.00 for $1.00, a few cents either side of a dollar is an excellent result.

The 2020 U.S. salary data also shows that pay across different ethnic groups is within one cent to the dollar of non-minorities.

GoDaddy Diversity The 2020 global data shows GoDaddy's total population of women at the company is 30%. Globally, women makeup 19% of technical positions and 36% of non-technical roles.

Women comprise 33% of global leadership positions at GoDaddy, defined as Director and above level roles and their individual contributor equivalent. In the U.S., women comprise 34% of leaderships positions, which is up from 33% in 2019.

Below is a closer look at GoDaddy's minority population in the U.S. across different company roles and departments.

About GoDaddyGoDaddy is empowering everyday entrepreneurs around the world by providing all of the help and tools to succeed online. With 20 million customers worldwide, GoDaddy is the place people come to name their idea, build a professional website, attract customers and manage their work. Our mission is to give our customers the tools, insights and the people to transform their ideas and personal initiative into success. To learn more about the company visit www.GoDaddy.com.