TORRANCE, Calif., Oct. 9, 2020 /PRNewswire/ -- Honda highlights the not-so-obvious capabilities of its SUV and truck lineup in a new brand marketing campaign. The opening spot in the campaign touts the highly-versatile 2021 Passport and Pilot SUVs, including the Pilot Special Edition, demonstrating their capability on- and off-road, with a glimpse of the redesigned 2021 Honda Ridgeline pickup: https://bit.ly/36s612s. The first commercial in the new brand campaign also debuts actor and WWE superstar, John Cena, as the new voice of the Honda brand. 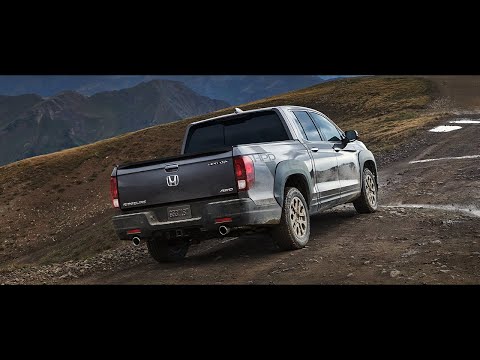 "Honda SUVs and trucks have always had excellent on-road manners and surprising off-road capabilities. Through this new campaign Honda wears those rugged capabilities more on our sleeves," said Jay Joseph, vice president of Automobile Marketing, American Honda Motor Co., Inc. "In a truck-trending market, we will showcase Honda SUVs and our pickup in environments that display the capabilities hidden beneath their sleek exteriors, demonstrating they can face most any challenge en route to that next great adventure."

New Voice of the Honda Brand

The campaign marks the debut of actor and WWE superstar, John Cena, as the new voice of the Honda brand. Cena's voice will be featured across all marketing creative for Honda cars and light trucks.

"John Cena is known for his toughness and strength, but he also has a lot of heart and he's a real car enthusiast, making him a perfect fit to be the new voice of Honda," said Joseph.

"I'm looking forward to this new relationship with Honda because I've always been a big fan of Honda products and how deeply involved they are in the community," said John Cena.

The creative from the new campaign puts a spotlight on the performance of Honda products that challenge the most rugged of terrains, along with their capability to amaze. Honda is the only brand to make products across the entire spectrum of outdoor adventuring, including SUVs and trucks, motorcycles, ATVs, side-by-sides and products that support outdoor life, such as generators. The next phase of the campaign will star the redesigned 2021 Ridgeline, tied to its on-sale early next year.

Honda light-truck sales have seen substantial growth over the past decade, including record sales in each of the past five years (2015-2019). What's more, Honda SUVs have delivered eight straight years of record sales (2012-2019) and 10 straight years of growth (2009-2019). While every Honda light truck model is already a top retail player, the light truck market represents a huge growth opportunity for Honda in America.

More information about the 2021 Honda Ridgeline, Passport and Pilot are available on HondaNews.com.

Honda offers a full line of clean, safe, fun and connected vehicles sold through more than 1,000 independent U.S. Honda dealers. Honda has the highest fleet average fuel economy and lowest CO2 emissions of any major full-line automaker in America, according to the latest data from the U.S. Environmental Protection Agency (EPA). The Honda lineup includes the Fit, Civic, Insight Accord and Clarity series passenger cars, along with the HR-V, CR-V, Passport and Pilot sport utility vehicles, the Ridgeline pickup and the Odyssey minivan. Honda's electrified vehicle lineup includes the Accord Hybrid, CR-V Hybrid, Insight hybrid-electric sedan, and the Clarity Fuel Cell and Clarity Plug-In Hybrid.

Honda has been producing automobiles in America for 38 years and currently operates 19 major manufacturing facilities in North America. In 2019, more than 90 percent of all Honda vehicles sold in the U.S. were made in North America, using domestic and globally sourced parts.