NEWARK, N.J., May 3, 2021 /PRNewswire/ -- Panasonic today announced partnerships with accomplished Directors of Photography (DP), Alicia Robbins, Emily Skye and Carissa Dorson. As LUMIX brand ambassadors, Robbins, Skye and Dorson will share their unique experiences, illustrating why LUMIX cameras are their tools of choice to produce some of the most popular television series and artistic films. 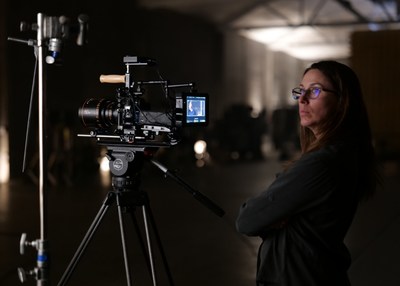 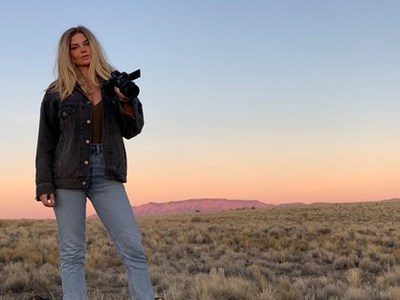 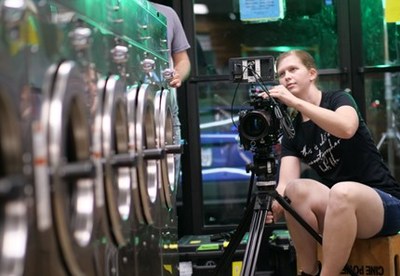 A global leader in photography, videography and cinematography, LUMIX is the preferred camera of Hollywood, bringing to life innovative and artistic ideas from the most creative minds in the industry. LUMIX cameras' reliable and intuitive user experience paired with photographic excellence and superior cinematic quality positions LUMIX as the essential partner for creative expression. For 20 years, passionate creators around the world have trusted LUMIX to bring their visions to life and provide a shooting experience that elevates their craft. In partnership Robbins, Skye and Dorson, LUMIX this year celebrates two decades of rich history and looks forward to continued imaging innovation that will engage professionals--and audiences—for generations to come.

Robbins, a celebrated DP in popular television and film, and the first female cinematographer to shoot a Shondaland series, currently is lead DP on Grey's Anatomy season 17. She is a 14-year industry veteran, having worked on Grey's Anatomy season 16, and critically acclaimed episodes of the series, such as season 15's "Silent All These Years." In addition, she has worked on feature films "The Wedding Invitation" and "BabySplitters," which won Best Romantic Comedy at the 2016 Manhattan Film Festival and Best Comedy at Burbank International Festival, and Best Narrative at Santa Barbara International Film Festival, respectively. Robbins also received the prestigious 2018 Emerging Cinematographer Award from the Cinematographer's Guild for the short Internet Gangsters and has shot for projects that include "Creed II," "Tag," "The Post," "WAT" and "Scorpion."

"I am proud to partner with LUMIX to share my personal creative journey and highlight how standout LUMIX cameras, such as the S1H, have supported my artistic vision and enabled me to bring creative concepts to life," said Robbins. "The picture quality and low light performance of the S1H are second-to-none, and I and really appreciate the ability to shoot on long days without worrying about the camera overheating."

LUMIX Ambassador Skye is known for writing, directing and being the DP on her feature film "River," which is debuting worldwide this summer. She has won more than 18 awards for her short film of "River," filmed in May 2020, available on DUST, Hollyshorts Bitpix, and more. A champion of women in filmmaking, Skye leads a digital community called #shefilmtribe on Instagram, a safe place for women in the industry to encourage and bond with one another, share experiences and have a dialogue about what it means to be a woman in film. Skye's highly anticipated Whiskey Docuseries adventure, "Binders Stash," will debut in Fall 2021.

"I love the dynamic range of these cameras," said Skye. "They are also user-friendly for first time filmmakers, and that's one of the points I make when a young filmmaker asks me about purchasing their own camera. I tell them they can grow with a LUMIX. I am excited to bring that element of mentorship to this partnership."

LUMIX Ambassador Dorson is a Los Angeles-based director of photography, originally from Silver Spring, Maryland. She began her career in sketch comedy, shooting videos that garnered hundreds of millions of views for websites like CollegeHumor and Funny or Die. Currently, she is the DP of A Little Late with Lilly Singh on NBC. She recently lensed I Think She Likes You, which premiered at Tribeca, and the comedy feature, It's a Party, starring SNL's Ego Nwodim. She is also a fine art photographer, with an interest in portraiture. Her ongoing photo series, Funny People. Serious Photos, was featured in L.A. Weekly; her first photo book, Conversations with Dad is being published with Kehrer Verlag.

"LUMIX cameras are some of the most reliable cameras on the market, and you get excellent image quality and resolution in a very small package," said Dorson. "But that's just scratching the surface; there's really so much to love about the entire range of LUMIX cameras, and representing those elements of excellence through this partnership is exciting."

Check out all three LUMIX brand ambassadors' latest and upcoming projects at: https://www.panasonic.com/global/consumer/lumix/ambassadors.html

About Panasonic Consumer Electronics CompanyNewark, NJ-based Panasonic Corporation of North America is committed to creating a better life and a better world serving consumers and also by enabling its business-to-business customers through innovations in Sustainable Energy, Immersive Entertainment, Integrated Supply Chain and Smart Mobility Solutions. The company is the principal North American subsidiary of Osaka, Japan-based Panasonic Corporation. One of Interbrand's Top 100 Best Global Brands of 2020, Panasonic is a leading technology partner and integrator to businesses, government agencies and consumers across the region. Learn more about Panasonic's ideas and innovations at www.na.panasonic.com.