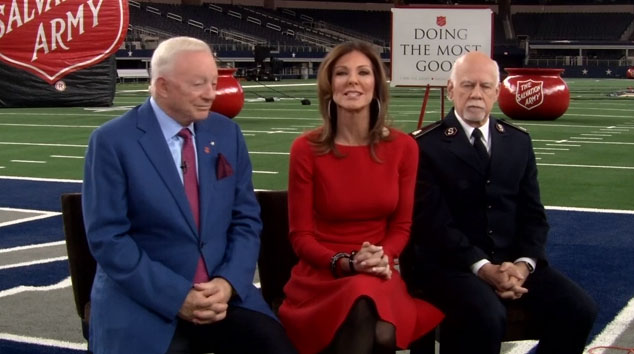 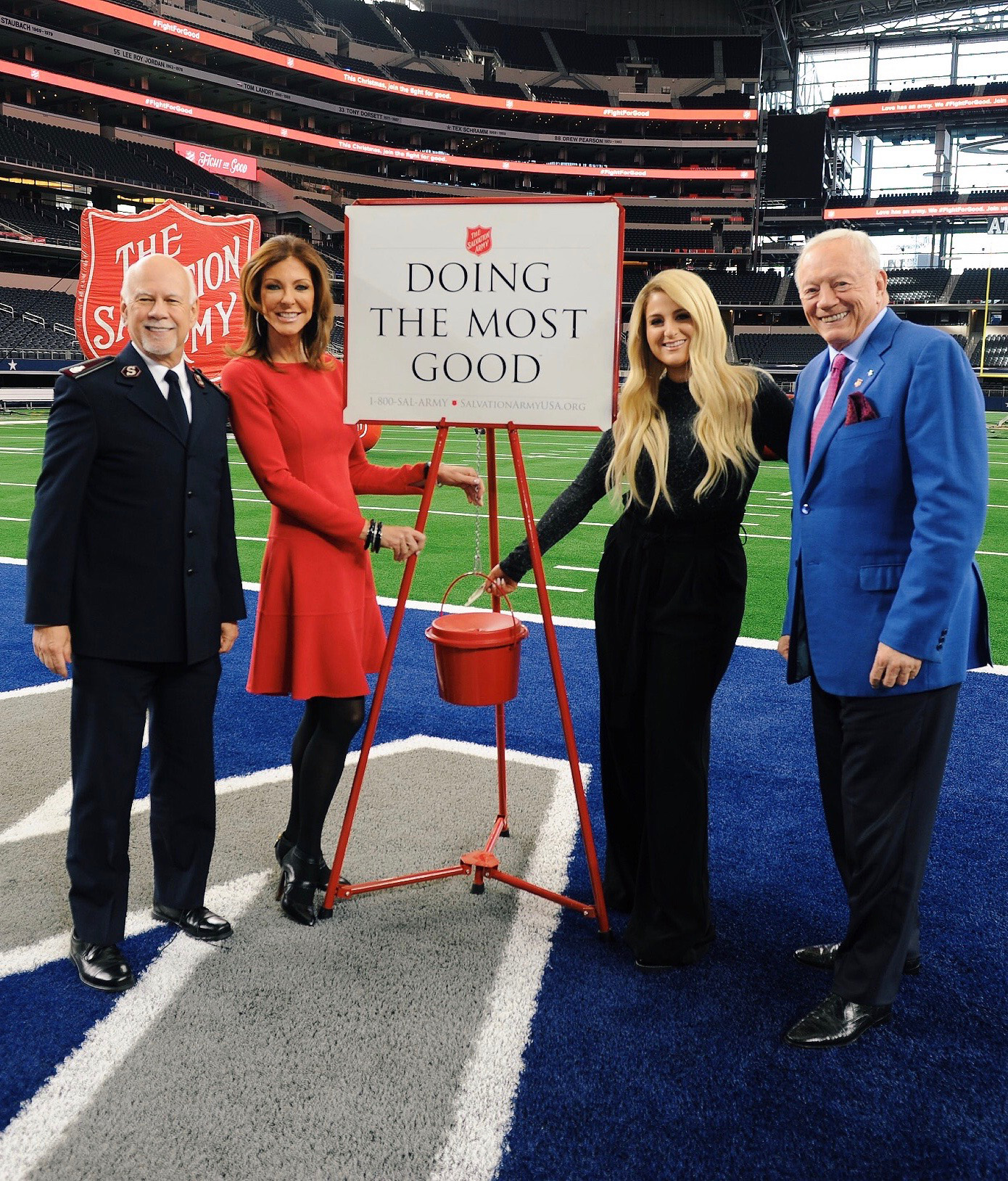 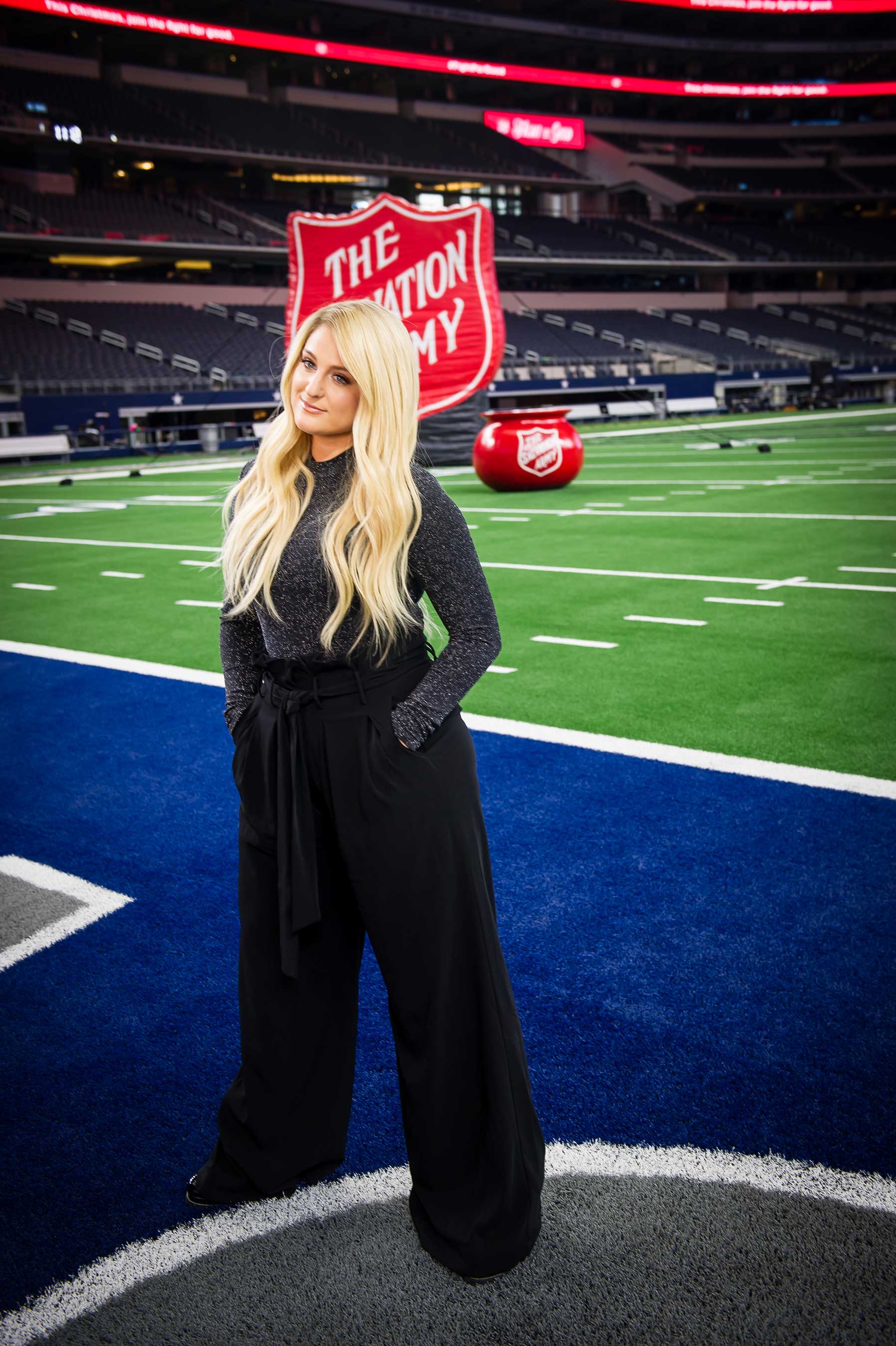 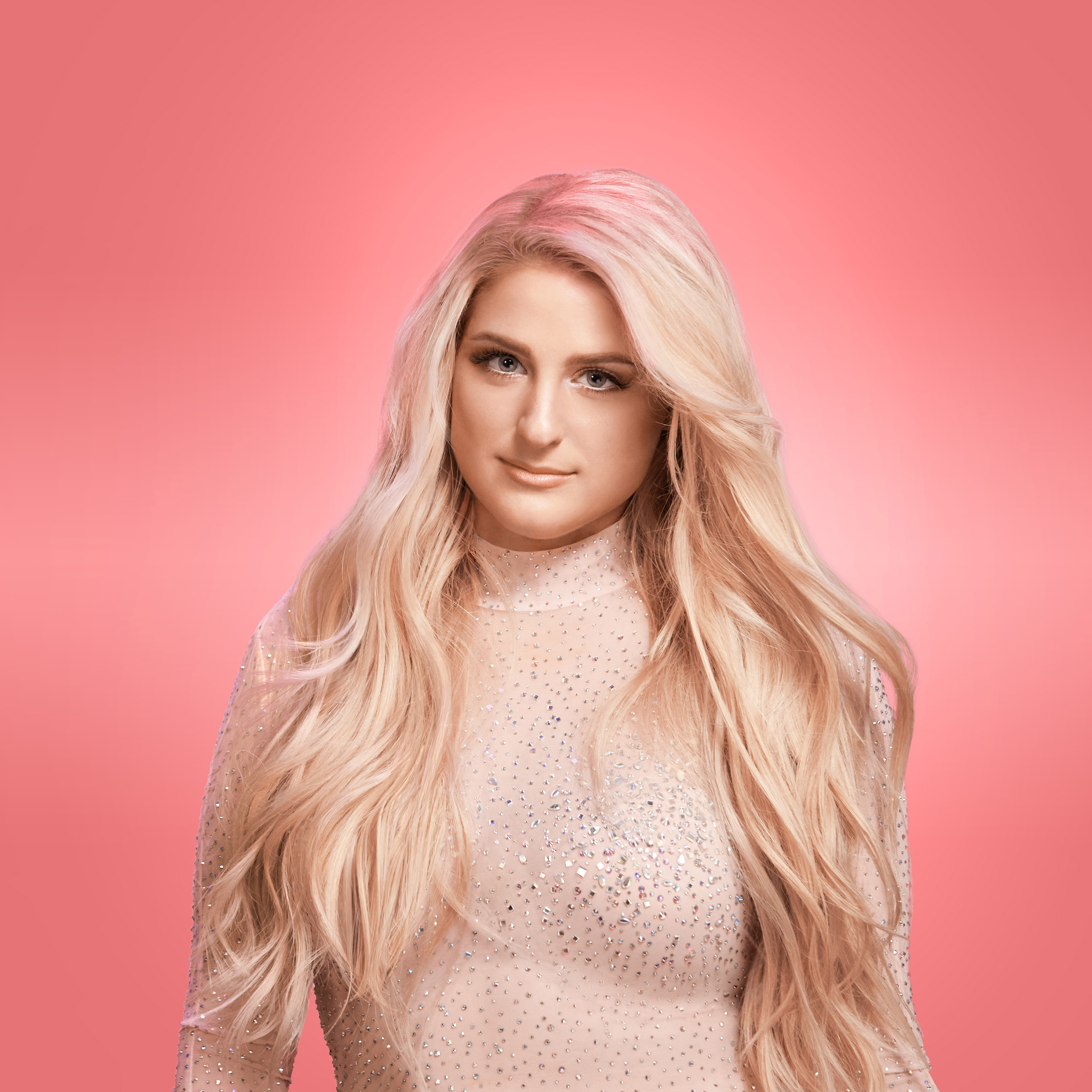 "Watching football together is a huge tradition for my family, even more so on Thanksgiving, so it's surreal to be able to perform today," said Trainor. "The fact that this is helping raise awareness for The Salvation Army's Red Kettle Campaign makes it even sweeter."

The iconic campaign officially begins with Trainor's live halftime performance and the inaugural Red Kettle donation from the Gene and Jerry Jones family, owners of the Cowboys. Since teaming up in 1997, The Salvation Army and the Cowboys have collaborated to raise nearly $2.4 billion for the Red Kettle Campaign, which provides America's most vulnerable with food, shelter and other support throughout the year.

"Meghan's energy is contagious, and I know she is going to put on a fantastic show and give this campaign the kickoff it deserves," said Charlotte Jones Anderson, executive vice president and chief brand officer for the Cowboys and former national advisory board chairperson for The Salvation Army. "We've been hosting this kickoff for more than 20 years, and each year it gives me such pride to watch the artist on stage and know how many lives are going to be impacted over the course of the season. It's truly amazing what The Salvation Army is doing."

The Red Kettle Kickoff begins an exciting and crucial fundraising holiday season for The Salvation Army, which has issued a call for supporters to join the Fight for Good. With a mission to combat hunger, homelessness and hopelessness, Fight for Good serves as the official theme of the 2018 Red Kettle Campaign.

"We look forward to this day each year for multiple reasons," said Lt. Col. Ward Matthews, national community relations and development secretary for The Salvation Army. "Not only is it a day to celebrate Thanksgiving with family and friends, but we get to shine a light on some very crucial issues our own neighbors are facing. Nearly 40 million people in the United States are facing poverty, and it's our mission to give them the support they need."

To donate to the 128th Red Kettle Campaign:

The Salvation Army also is piloting a new way to join the Fight for Good at the red kettle. Simply use Apple Pay or Google Pay at participating red kettles in Seattle, Dallas, Kansas City, Mo., or New York City to digitally and seamlessly provide Christmas to families in need. Just like your coins and cash, digitally donated funds stay in your local community.

There are many other ways to get involved this year:

From its humble beginnings as a Salvation Army captain's start-up program in 1891 in San Francisco, the Red Kettle Campaign has grown into one of the most recognizable and important charitable campaigns in the United States. It provides toys for kids, coats for the homeless, food for the hungry and countless social service programs year-round. As part of the campaign, more than 25,000 Salvation Army volunteers throughout the country ring bells and solicit donations to the red kettles.

To learn more about the Red Kettle Campaign or to make a difference in the lives of those in your community, visit SalvationArmyUSA.org.

About The Salvation ArmyThe Salvation Army, established in London in 1865, has been supporting those in need without discrimination for more than 135 years in the United States. More than 23 million Americans receive assistance from The Salvation Army each year through a range of social services: food for the hungry, relief for disaster survivors, assistance for the disabled, outreach to the elderly and ill, clothing and shelter to the homeless, and opportunities for underprivileged children. For every dollar donated to The Salvation Army, 82 cents are used to support those services in 5,000 communities nationwide. The Salvation Army tracks the level of need across the country with the Human Needs Index (HumanNeedsIndex.org). For more information, go to SalvationArmyUSA.org or follow on Twitter @SalvationArmyUS.

About Gene and Jerry Jones Family CharitiesIn the area of community service, the mission of the Dallas Cowboys and the Jones Family Foundation is built on an overall philosophy of helping those who don't have the strength, the resources or the means to help themselves, with a primary focus on a partnership with The Salvation Army. With the Cowboys organization having enjoyed immense and unprecedented success, the Jones family feels a very strong obligation to take the visibility, energy and celebrity of one of the world's most powerful sports franchises and channel those dynamic forces toward the bigger purpose of making a difference. Recognized as one of the world's most generous families, the Joneses enlist the talents, skills and resources of the Cowboys players, coaches, cheerleaders and every member of the organization to provide a unique and cutting-edge approach to community outreach. More information about the Cowboys and the Gene and Jerry Jones Family Foundation can be found at DallasCowboys.com.

About Meghan TrainorGrammy-Award winning singer, songwriter and multi-instrumentalist Meghan Trainor emerged with the 2014 breakout single "All About That Bass" and disrupted contemporary music with nostalgic pop beats and powerhouse vocals that delivered a worldwide anthem for female empowerment. Trainor cemented her rising status as one of the most prominent artists in popular music by charting seven multiplatinum singles, releasing two platinum albums, selling out three headline tours, writing multiplatinum hits for top pop and country artists, and receiving countless industry awards and nominations worldwide. She is one of only five female artists to receive a diamond certification, for the hit single "All About That Bass," which shares the RIAA Gold & Platinum Awards top honor with only 15 other singles in history. After wrapping up her first season as a panelist on the Fox hit series "The Four: Battle for Stardom," Trainor released her first single – "No Excuses" – from her highly anticipated third studio album – "Treat Myself" – in spring 2018. She followed that up with the irresistible summer smash "Let You Be Right" and returned to television on the second season of "The Four."