PITTSBURGH, Dec. 14, 2017 /PRNewswire/ -- The Board of Directors of global safety equipment manufacturer MSA Safety (NYSE: MSA) has elected Nishan J. Vartanian a director of the company.  Mr. Vartanian, 57, currently serves as MSA's President and Chief Operating Officer.  His election is part of a planned management succession, and coincides with an announcement MSA Chairman and CEO William M. Lambert made last night that he intends to retire as CEO in May of 2018.  Mr. Lambert announced his retirement plans at the company's annual management dinner held in Cranberry Township, Pa. 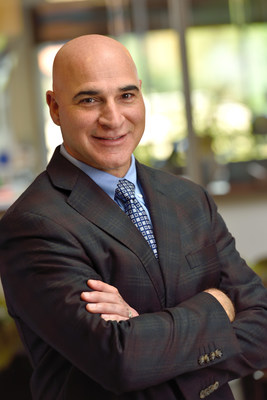 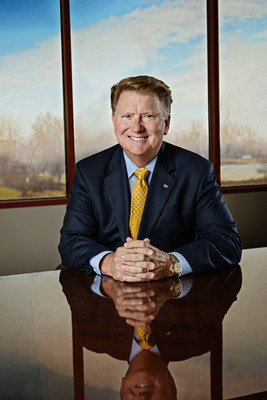 "The Board of Directors and I are very pleased to welcome Nish to the MSA Board at what is truly a dynamic time for our organization," said Mr. Lambert. "Nish's election as a director and his appointment to President and Chief Operating Officer earlier this year are expressions of the Board's and my confidence in his abilities to lead MSA, and they are important elements of our management succession plan that will help ensure strong and experienced leadership of the company moving forward."

Mr. Vartanian joined MSA in 1985 as a sales representative, and over his 32-year career with the company has served in a variety of capacities.  These include U.S. National Sales Manager; Director of North America Commercial Sales and Distribution; Vice President and Global Business Leader for MSA's Fixed Gas and Flame Detection business; Vice President of MSA North America; and Senior Vice President and President, MSA Americas.

"Nish is a proven leader who is ideally suited to lead MSA into its second century of business," Mr. Lambert said.  "In addition to having the acumen and experience necessary for this role, Nish possesses great strategic vision, a growth-focused mindset, and the communication and leadership skills that I know will inspire and motivate our associates to achieve great things."

On his retirement plans, Mr. Lambert commented that he intends to stay involved with MSA. "I have been committed to the mission of MSA for more than 36 years, and I am extremely proud to be associated with an organization whose one and only focus is to help protect people at work so they can return home, safe and sound, at the end of each day.  Moreover, I'm grateful to the 5,000-plus MSA associates around the world who demonstrate such a tremendous commitment to the safety of our customers every day.  I feel extremely privileged to have had the opportunity to lead this great organization for nearly a decade," he said. "I will always keep a deep interest in the company and plan to remain active as a director and shareholder going forward.  Nish and I will be working closely to assure a smooth and seamless transition in 2018."

Mr. Lambert, who turns 60 in April, joined MSA in 1981 as a design engineer.  Over his 36-year career with the company, Mr. Lambert served as Project Engineer; Product Line Manager; Director of Marketing; Vice President/General Manager of the company's former Safety Products Division; President of MSA North America; and President and Chief Operating Officer.  He was elected a director in 2007, and assumed the role of CEO in 2008.  Mr. Lambert was subsequently elected Chairman in 2015.

Robert A. Bruggeworth, lead independent director for MSA's Board of Directors, commented, "Bill has done an outstanding job in guiding the company as CEO.  Under his tenure, MSA has grown to be a company with record sales and profitability.  Bill also directed a number of strategic acquisitions that have increased MSA's shareholder value and the company's industry-leading positions in key markets," he said. "He leaves the executive management of MSA well prepared for the future and, in Nish, who we expect to elect as CEO next May, we have an experienced and dynamic leader in whom I and our entire Board have full confidence."

Additional Background on Nishan J. VartanianMr. Vartanian received a bachelor's degree in management from the University of Massachusetts Amherst in 1983. In addition to his MSA responsibilities, he serves on the governing board of The Butler County Community Development Corporation, which proactively creates an environment for private industry to create and retain jobs. Mr. Vartanian also is on the Board of Directors for the Western Pennsylvania chapter of the JDRF, a charitable organization dedicated to funding Type-1 diabetes research, and he is an active volunteer for the Woodlands Foundation, a nonprofit organization dedicated to enriching the lives of children and adults with disability and chronic illness.

Established in 1914, MSA Safety Incorporated is the global leader in the development, manufacture and supply of safety products that protect people and facility infrastructures.  Many MSA products integrate a combination of electronics, mechanical systems and advanced materials to protect users against hazardous or life-threatening situations.  The company's comprehensive product line is used by workers around the world in a broad range of markets, including the oil, gas and petrochemical industry, the fire service, the construction industry, mining and the military.  MSA's core products include self-contained breathing apparatus, fixed gas and flame detection systems, portable gas detection instruments, industrial head protection products, firefighter helmets and protective apparel, and fall protection devices.  With 2016 revenues of $1.15 billion, MSA employs approximately 4,600 people worldwide.  The company is headquartered north of Pittsburgh in Cranberry Township, Pa., and has manufacturing operations in the United States, Europe, Asia and Latin America.  With more than 40 international locations, MSA realizes approximately half of its revenue from outside North America.  For more information visit MSA's web site at www.MSAsafety.com.