NEW YORK, July 9, 2019 /PRNewswire/ -- If Yvonne and Claudio Yanes, the parents of Alonzo Yanes, could say one thing to the New York City Department of Education it would be this:  There is nothing more important than the safety of our children. Saying you are safe isn't enough. Being safe, acting safe and making sure the students are safe is what truly matters. Words are, unfortunately, worthless when safety protocols are ignored. 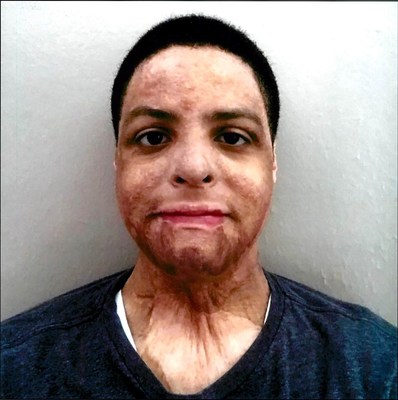 Over the past four weeks, a trial in New York Supreme Court, before the Hon. Alexander Tisch, spelled out the importance of keeping children safe while they are in school. On January 2, 2014 the unthinkable happened. Alonzo Yanes was set on fire and critically injured in a Chemistry class at Beacon High School when the Dept. of Education and a teacher, Anna Poole, failed to adhere to the minimum safety guidelines promulgated by the Board of Education. As a result of these failures a 16 year old student was burned over 30% of his body and will suffer disfiguring scars for the rest of his life.

"A case in which negligence was stacked on the top of carelessness."

Ben Rubinowitz, the Managing Partner at NYC Personal Injury Law Firm Gair Gair Conason, Rubinowitz, Bloom, Hershenhorn, Steigman & Mackauf along with Richard Steigman represented Alonzo Yanes in his case against the NYC Board of Education and its teacher, Anna Poole. "This is a case in which negligence was stacked on top of carelessness," said Rubinowitz. On the first day back from Christmas vacation at 9 o'clock in the morning Anna Poole, a 10th grade Chemistry teacher, decided to surprise her students by showing them a demonstration known as the "Rainbow Experiment." In this demonstration nitrates are set on fire and burn with different colored flames simulating the colors of the rainbow. To light the nitrates the teacher used Methanol, a highly flammable and explosive fuel. Instead of using the most minimal amount of Methanol, as is required, the teacher actually brought a gallon jug of Methanol into the classroom. According to Rubinowitz, "that amount of fuel should never have been brought into the classroom and violates all safety standards." When the flames died down, the demo should have ended. Instead, the teacher decided to reignite the nitrates. Rather than carefully checking to make sure the flames were out, Poole carelessly took a shortcut and poured directly from the gallon jug into the dishes containing the heated nitrates. The vapors from the Methanol caught fire, traveled back into the gallon container and flame jetted out towards the children, setting Alonzo Yanes on fire and injuring another student. Worse yet, the teacher failed to conduct the most basic "hazard risk analysis" before the demo started, in which she is supposed to ask herself what can go wrong and make sure she has properly prepared for that potential event. Unbelievably, according to Rubinowitz, this teacher didn't even have a fire blanket in the classroom and was unable to smother the flames until Alonzo was critically injured.  "Time is tissue, time is skin, time is injury," Rubinowitz argued to the jury throughout the trial. "When you bring fire and fuel into a classroom, you need to make sure the students are safe at all times -- back them up and make sure they are out of harms way," Rubinowitz added.

Expert testimony was offered making clear that students should be at least eight feet from the demonstration table and that a gallon jug of Methanol should never have been brought into the class. The only one wearing protective gear was the teacher herself -- she was wearing safety goggles. Students were required to wear goggles as well but the teacher chose not to follow the minimum safety guidelines.

In 2006, a student in Ohio was severely injured when the teacher did the same thing -- brought a gallon jug of Methanol into the classroom without following the minimum safety guidelines. Just three weeks before this demonstration took place, a bulletin was issued by the United States Chemical Safety Board warning of the dangers of the Rainbow Experiment. Bernard Orlan, a higher up in the Dept. of Education denied receiving notice of the warning but his testimony was contradicted by the testimony of Beacon School Principal, Ruth Lacey, who asked him why she wasn't told of the warning at the time of the fire. Orlan told Lacey that the Board of Education had not yet made a decision as to what to do regarding the notice.

Alonzo Yanes was critically injured suffering third degree burns to more than 30% of his body. On admission to the New York Hospital Cornell Burn Unit, he immediately received 38 pounds of fluid to resuscitate him from the loss of bodily fluids due to the burns. On admission to the hospital, Alonzo was so disfigured that his father was unable to recognize him. Alonzo spent two months in the burn unit, during which time he underwent multiple skin grafts, followed by three additional months of rehabilitation at Blythedale Hospital.

These days, Alonzo is routinely met by stares from strangers gawking at him. He wonders everyday what he would have looked like had the incident not occurred. His mother Yvonne testified that Alonzo "did nothing wrong and now he suffers everyday" because a teacher failed to adhere to basic safety protocols. In one of the more touching moments of the trial, Alonzo himself testified that he hopes to be judged not by his physical appearance, but by the person that he is. "Alonzo is a wonderful young man who is working as hard as he can to overcome the prejudice of facial disfigurement and the loss of self confidence that comes with such an injury," said Rubinowitz. "Our hope for the future is that Alonzo is treated with the respect he deserves and that people see past his outward appearance and recognize the true character of this amazing young man. He deserves that."

Last week, a New York County jury agreed. Although the teacher, Anna Poole, denied doing anything wrong, the teacher and the New York City Board of Education were found 100% negligent and at fault for the injuries suffered by Alonzo. The jury rejected Anna Poole's comments that she was a safety conscious teacher. Her actions spoke louder than her words. She did not protect the children as she should have. The jury then awarded Alonzo Yanes $29,585,000 for past pain and suffering and $29,585,000 for future pain and suffering to cover his 54 year life expectancy.

Rubinowitz and Steigman pointed out that this $59 Million award is a record-setting verdict. They commented, "We hope this verdict sends a lesson to teachers across the country. Safety of the children is the singular most important thing in a classroom. Shortcuts should never be tolerated. When it comes to the safety of children, all teachers should follow the minimum safety guidelines and protect the children at all times." Hopefully, this type of event will never happen to another child.