Since March, over 40 percent of restaurants in the U.S. have been forced to close their doors and over 800,000 bartenders, servers, hosts and kitchen staff in Canada have been put out of work. The donation, drawn from holiday marketing dollars, acknowledges the responsibility of the wine & spirits industry to help on-premise professionals hard-hit by the global pandemic.

It builds on the $500,000 donation made by Pernod Ricard North America's Jameson Irish Whiskey brand to the U.S. Bartenders' Guild's Bartender Emergency Assistance Fund on St. Patrick's Day, as well as a $50,000 donation plus proceeds from a new coffee table book – "A Toast from Coast to Coast" – from Corby Spirit and Wine to the Bartenders Benevolent Fund.

"Our industry is only as resilient as our bartenders, so many of whom have lost their livelihoods to the COVID-19 pandemic," said John Barrett, Chief Commercial Officer of Pernod Ricard North America. "While we prioritize responsible drinking for the holiday season, this year we are expanding our definition of 'responsibility' to include our commitment to support the professionals who need it most."

The grant to the Restaurant Workers' Community Foundation, a nationwide advocacy and action nonprofit, will support its efforts toward systemic change for workers in the hospitality industry, as well as the work of its COVID-19 Emergency Relief Fund in providing relief to hospitality workers.

"Restaurants across the U.S. are once again cutting hours, suspending business or closing for good, leaving restaurant workers struggling with long-term loss of income," said John deBary, Co-Founder and Board President of the Restaurant Workers' Community Foundation. "This grant from Pernod Ricard North America will help us continue our mission to address structural solutions to the longstanding quality-of-life crisis facing the hospitality industry, as well as provide immediate emergency financial assistance to workers affected by the pandemic."

The Bartenders Benevolent Fund will allocate its donation, based on need, to as many hospitality industry professionals as possible facing financial crises due to the pandemic.

Pernod Ricard North America encourages consumers to remember their bartenders this holiday season and consider making their own contributions to the Restaurant Workers' Community Foundation or Bartenders Benevolent Fund.

About Pernod RicardPernod Ricard is the No. 2 worldwide producer of wines and spirits with consolidated sales of €9,182 million in FY19. Created in 1975 by the merger of Ricard and Pernod, the Group has developed through organic growth and acquisitions: Seagram (2001), Allied Domecq (2005) and Vin&Sprit (2008). Pernod Ricard, which owns 16 of the Top 100 Spirits Brands, holds one of the most prestigious and comprehensive brand portfolios in the industry, including: Absolut Vodka, Ricard pastis, Ballantine's, Chivas Regal, Royal Salute, and The Glenlivet Scotch whiskies, Jameson Irish whiskey, Martell cognac, Havana Club rum, Beefeater gin, Malibu liqueur, Mumm and Perrier-Jouët champagnes, as well Jacob's Creek, Brancott Estate, Campo Viejo, and Kenwood wines. Pernod Ricard's brands are distributed across 160+ markets and by its own salesforce in 73 markets. The Group's decentralised organisation empowers its 19,000 employees to be true on-the-ground ambassadors of its vision of "Créateurs de Convivialité." As reaffirmed by the Group's three-year strategic plan, "Transform and Accelerate," deployed in 2018, Pernod Ricard's strategy focuses on investing in long-term, profitable growth for all stakeholders. The Group remains true to its three founding values: entrepreneurial spirit, mutual trust, and a strong sense of ethics. As illustrated by the 2030 Agenda supporting the Sustainable Development Goals (SDGs), "We bring good times from a good place." In recognition of Pernod Ricard's strong commitment to sustainable development and responsible consumption, it has received a Gold rating from Ecovadis and is ranked No. 1 in the beverage sector in Vigeo Eiris. Pernod Ricard is also a United Nation's Global Compact LEAD company. Pernod Ricard is listed on Euronext (Ticker: RI; ISIN Code: FR0000120693) and is part of the CAC 40 index. For further information, please visit http://www.pernod-ricard.com. 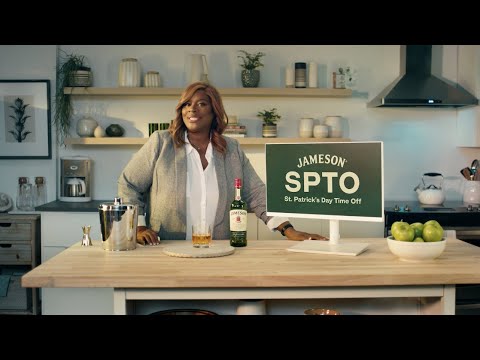 Absolut Vodka's New Campaign Asks "What Does It Mean to Love...