"LG has taken the smartphone camera to the next level with the G4," said OtterBox President and CEO Pete Lindgren. "The front and back cameras are sure to capture the memories that matter most, so we've designed a variety of cases that will keep those memories safe in case of drops, bumps and mishaps on the go."

Defender Series helps guard LG G4 with legendary triple-layer defense. A built-in touchscreen membrane blocks the 5.5" Quad-HD display from scratches and scuffs, while a polycarbonate shell and shock-absorbing slipcover combine to defend against dust and drops. The precision-cut form factor ensures all features and functions are fully accessible, including the Gesture Shutter front-facing camera. The included holster-style belt clip attaches to belts or straps and doubles as a display stand.1

Symmetry Series stands out from the masses with stylish colors and wraparound graphics. Its tough, dual-material construction and one-piece design makes installation simple. This sleek LG G4 case protects against fumbles and the raised, beveled edge cushions the touchscreen during drops.2

The two-layer design of Commuter Series slips easily in and out of pockets for quick photo opportunities on the go. The slim LG G4 case guards against shocks and blocks out dust and dirt with a synthetic rubber slipcover and tough polycarbonate shell.3 The dual-layer protection is customizable with a selection of mix and match color options on otterbox.com.

Starting in 1998 with a line of dry boxes, OtterBox® has evolved into the No. 1-selling case for smartphones in the U.S. and a global leader in mobile device protection.4 Its diverse lineup of protective solutions for smartphone and tablet devices is the result of precision engineering, diligent testing and continual technological advancement, giving technology users the confidence to make the most of their mobile world. OtterBox is a seven-time honoree on the Inc. 5000 list of fastest growing private companies in the U.S. and was named one of "America's Most Promising Companies" by Forbes Magazine. The company is headquartered in Fort Collins, Colo., with offices in San Diego; Boston; Cork, Ireland; and Hong Kong.

1 Defender Series NOT protective against water. Will provide added protection against bump, drop and shock.

2 Symmetry Series NOT protective against water. Will provide added protection against bumps and shock.

3 Commuter Series NOT protective against water. Will provide added protection against bumps and shock. 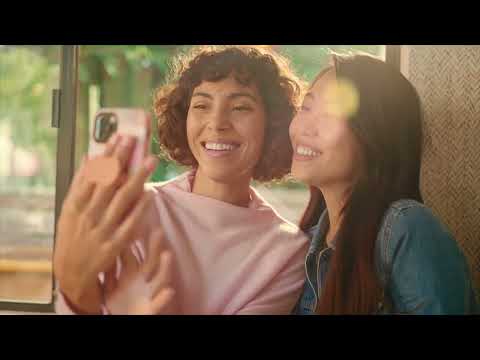