LOS ANGELES, Sept. 22, 2021 /PRNewswire-HISPANIC PR WIRE/ -- In celebration of the 200th anniversary of Guatemalan independence, the Honorable Jose Arturo Rodriguez Diaz, Consul General of Guatemala in Los Angeles, on behalf of the Guatemala Week Committee and the Los Angeles Guatemalan community, honored the Churches of Scientology and L. Ron Hubbard for the inspiration and tools to create a civilization in which "Man is free to rise to greater heights," as expressed in the Aims of Scientology. 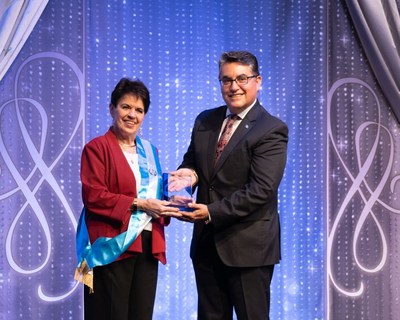 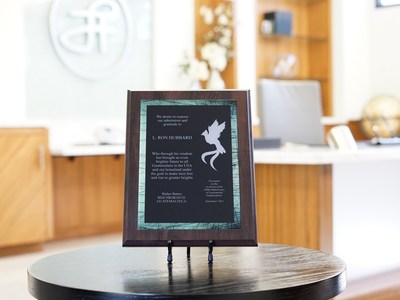 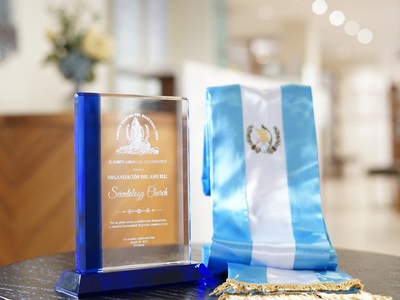 The Church of Scientology has partnered with the Guatemalan community since the 1990s to provide tools to improve the quality of life and the future of the people of this country that is celebrating the bicentennial of its independence this month.

"L. Ron Hubbard developed self-improvement technologies and tools to help communities deal with drug abuse, education, human rights abuses, and a renewal of moral values," said the chairman of the Guatemala Week Committee. "This has been of priceless value to Guatemala and its diaspora in the United States."

Working together on food drives this year, the Church of Scientology Los Angeles and the Guatemalan Chamber of Commerce helped thousands of local families overcome food insecurity caused by the effect of pandemic restrictions on the economy and their livelihoods.

Mr. Hubbard's The Way to Happiness, a common-sense guide to better living, has been adopted by the mayors of cities throughout Guatemala to help their constituents chart a course toward a better life. The Latin American Volunteer Ministers Goodwill Tour has toured through the country, introducing thousands to the simple but effective technology anyone may learn to improve conditions in their lives.

And the Church-sponsored United for Human Rights campaign, featured in an episode of Voices for Humanity on the Scientology Network, is creating a human rights culture in the country through education. They bring their campaign to the streets, to the schools, to military bases, and they have trained the police in every precinct of the country on the Universal Declaration of Human Rights.

Among the nearly 5 million Hispanics and Latinx residents of Los Angeles County, a quarter of a million are Guatemalan. The Churches of Scientology of Los Angeles, the Valley and Inglewood, and the Church of Scientology Celebrity Center International in Hollywood where this awards presentation was held, frequently host cultural programs and events for the Guatemalan and other Central American communities, providing the venue and means of bringing the communities together to honor, celebrate and preserve the traditions and values of their homelands.

To learn more about Scientology, visit Scientology.org or watch programs on the Scientology Network, available on DIRECTV Channel 320 and streaming at Scientology.tv, on mobile apps and via the Roku, Amazon Fire and Apple TV platforms.

L. Ron Hubbard is the founder of the Scientology religion. Mr. David Miscavige is the religion's ecclesiastical leader.

For more information, visit the Scientology Newsroom or watch Scientology.tv.

Is There a Simple Way to Reduce the Devastating Harm of Disasters?...