NORWALK, Conn., Oct. 20, 2016 /PRNewswire/ -- Tortilla chips. Tap dance. Cheese pizza. Buttons. There seems to be a national day for everything… except the country's most searched cocktail: the Moscow Mule. Food and beverage trends come and go, but no vodka cocktail is more iconic than the Moscow Mule. Today, 75 years after SMIRNOFF™ vodka invented the original Moscow Mule in 1941, the extremely popular vodka cocktail finally will have its own day.

To commemorate the Moscow Mule's significance in cocktail history and its impact on cocktail culture, SMIRNOFF™ vodka and Foodimentary, the official source for all food holidays, are declaring March 3rd as National Moscow Mule Day.  SMIRNOFF™ vodka announced the date last night as the country's best-selling vodka brand welcomed guests to celebrate the 75th anniversary of the Moscow Mule with a one-of-a-kind, immersive cocktail party that took guests back in time to 1941 to explain how the cocktail became a pop-culture sensation.  The event took place just miles away from where the cocktail was first invented on Hollywood's Sunset Strip.

The date of National Moscow Mule Day – March 3 or "3-3" – is significant. The Original Moscow Mule was crafted with three ingredients: SMIRNOFF™ No. 21 vodka, premium ginger beer and lime. As the story goes, there were also three key people involved in the cocktail's creation: the first, John G. Martin, had trouble selling his SMIRNOFF™ vodka at a time when brown spirits were king. The second, Jack Morgan, owner of a popular pub on the Sunset Strip, could not convince his patrons to try his ginger beer.  The third, a woman named Ozeline Schmidt, provided the copper mugs, the perfect vessels for enjoying the zesty creation they called the Moscow Mule. The trio came together to creatively combine their crafts and simultaneously revolutionized cocktail culture with the Moscow Mule.

"The Moscow Mule is a timeless cocktail, also recently the most searched cocktail, and an important part of SMIRNOFF™ vodka's history so we felt the cocktail deserved its own holiday beginning March 3, 2017," said Jay Sethi, Vice President of Marketing, SMIRNOFF™. "The cocktail's simplicity of three quality ingredients provides the perfect canvas for anyone over the age of 21 to create and enjoy responsibly, especially on National Moscow Mule Day."

On March 3, 2017, and every "3-3" to come, commemorate National Moscow Mule Day by raising a frosty copper mug and toast to #TheOriginalMule made with SMIRNOFF™ vodka.  Remember that smart choices are as important now as they were 75 years ago when the cocktail was created; make sure you've planned a safe way home after enjoying Smirnoff Moscow Mules.

SMIRNOFF™ vodka is the world's best-selling premium vodka by volume. As a tasteless and odorless vodka, SMIRNOFF™ No. 21's mixability from its production – ten times filtered and triple distilled – highlights the flavor of the ginger beer and lime and remains the vodka of choice for the Moscow Mule.

About SMIRNOFFThe SMIRNOFF™ brand, the world's number-one selling vodka, traces its heritage back to 19th century Russia. Products from the SMIRNOFF™ brand have always been known for quality and are enjoyed responsibly in 130 countries around the world.  For more information, log on to www.smirnoff.com. 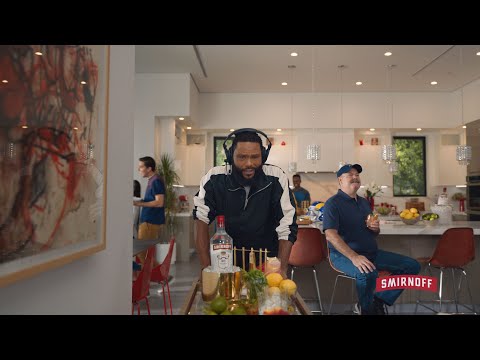 A Greener Tomorrow For All The People: Smirnoff to Work Towards A Sustainable Future With New Recycling Program