DALLAS, Nov. 8, 2021 /PRNewswire/ -- Southwest Airlines Co. (NYSE: LUV) and Luck Presents are excited to announce the premiere of the second season of their collaborative multimedia travel guide Sites & Sounds, which celebrates musicians and the destinations that have inspired them. The second season is available today on Southwest.fm and onboard Southwest flights via the airline's Inflight Entertainment Portal, where viewers can follow some of their favorite artists like Shovels & Rope and Matthew Logan Vasquez as they guide through Charleston, Margo Price and Jeremy Ivey as they explore Nashville, and Durand Jones and Maria Gough as they showcase New Orleans. The Sites & Sounds season two premiere is coupled with the launch of the official Sites & Sounds Sweepstakes*, where fans can enter for a chance to win round trip airfare for a winner and a guest to the featured city of their choice. 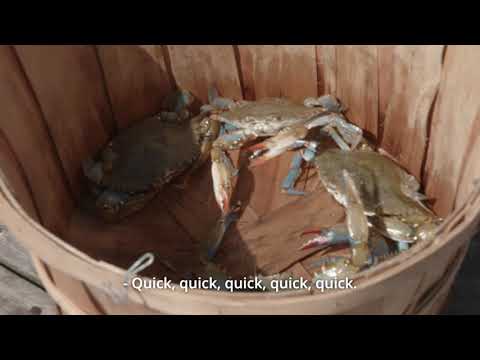 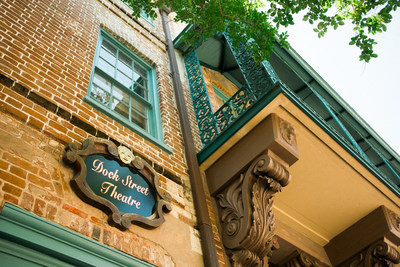 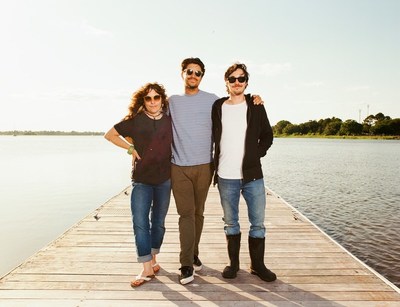 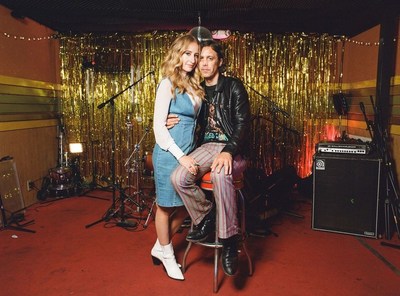 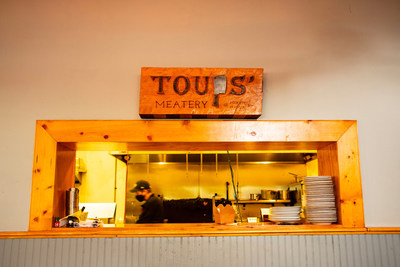 "Southwest connects with our Customers through what matters most to them, including music and travel," said Brandy King, Director of Public Relations at Southwest Airlines. "Sites & Sounds brings these passions together, giving Customers an insider's view of the cities we serve, and helping them create memorable cultural experiences, while also building a connection with some of the music community's best artists."

"Sites & Sounds is a collaborative series with Southwest Airlines, designed to showcase special music cities across the United States from a musician's perspective," said Matt Bizer, CEO at Luck Presents. "Following the success of season one, we're excited to extend the series with a second season, showcasing Charleston, Nashville, and New Orleans. Artists give an inside look at their favorite spots in their hometowns, providing an ideal itinerary for any Southwest traveler to use as a guide."

Sites & Sounds builds upon a multi-year relationship between Luck Presents and Southwest Airlines. Since 2017, the companies have partnered on a variety of events and initiatives centered on uplifting the live music community and the artists and places that make it possible, including Luck Reunion at Willie Nelson's ranch in Austin. Together, Luck and Southwest continued the airline's Artist On The Rise program to encourage fans to vote for the best rising artist to open for Willie Nelson at each year's Luck Reunion. Other partnership efforts include the Road to Luck Texas tour in 2019 and the Luck Embassy program, started in 2018, in which Southwest provides air travel for musicians to advance their careers and reach new audiences with their music.

Every story starts somewhere and the Sites & Sounds series highlights the places that influence beloved artists while celebrating these communities. Sites & Sounds season one debuted in 2019 with Nikki Lane and Lukas Nelson in Hawaii, Micah Nelson and Sunny War in Austin, and Chuck Prophet and Aaron Lee Tasjan in San Francisco. The episodes of Sites & Sounds center around key areas of focus including: culinary destinations with restaurants and chefs, the creative culture of the city with artists and musical venues, influential locals who make the city great, and perspectives from the artists in their respective cities. This second season introduces a fifth area of focus by incorporating acts of kindness, where a local cause that the host artist champions is highlighted in each of the three episodes, underscoring the One Million Acts of Kindness challenge that Southwest set in celebration of their 50th anniversary.

For the first episode of Sites & Sounds season two (episode four of the series), husband and wife duo Michael Trent and Cary Ann Hearst of Shovels & Rope bring their longtime friend and fellow musician Matthew Logan Vasquez (Delta Spirit) along to their beloved hometown of Charleston. The trio covers much of the picturesque southern town; from a traditional low country boil at Fast and French - a beloved locale where the couple previously worked - to a waterfront adventure with the good people of Charleston Water Keepers, who showcase what they're doing to keep the waters clean and expand beyond Charleston as the featured act of kindness. The episode concludes with a visit to Dock Street Theater, known as America's original theatre, and a peek into what it's like to jam at Cary Ann and Michael's island home.

Episode five follows Nashville sweetheart Margo Price as she and her husband, musician Jeremy Ivey, traverse the town she's called home for more than 20 years. Together, they wade through an endless world of vintage goods, from clothing at High Class Hillbilly to records and more at Grimey's, showcase the city's growing and diverse food and beverage scene with stops at Heart's and Dee's Country Cocktail Lounge, and spend a day on the water kayaking with fellow artist Kelsey Waldon before getting inked with new tattoos at their home. The community work of Thistle Farms is highlighted in this episode's act of kindness.

Episode six brings viewers to the soulful city of New Orleans where artist Durand Jones showcases the city he grew up in to current up-and-coming local artist Maria Gough. The duo satisfies their culinary cravings with a visit to Toup's Meatery, a 300+ year institution known for bringing classic Cajun fare to present day. Intimate performances are highlighted at the legendary Preservation Hall - the staple that has and continues to give back to the music community in impactful ways - this episode's featured act of kindness. A stop to local favorite Euclid Records rounds out the tour. Viewers will walk away from this episode tasting and hearing the spirit of New Orleans.

As fans experience the cities of Charleston, Nashville, and New Orleans through the Sites & Sounds episodes, they are encouraged to enter the Sites & Sounds Sweepstakes, which offers the chance to win round trip air travel for a winner and one guest, plus a $500 Visa gift card, to take in the destination for themselves. To enter, visit southwest.fm/sitesandsounds between Nov. 8-30, 2021.

For more information on Sites & Sounds, the sweepstakes, and more, please visit southwest.fm/sitesandsounds and follow the brands on social media at @luckreunion and @southwestair using #sitesandsounds to stay up to date.

*NO PURCHASE NECESSARY TO ENTER OR WIN.  A PURCHASE WILL NOT INCREASE YOUR CHANCES OF WINNING. Open to legal residents of 50 United States and the District of Columbia (excluding Alaska) age 19 or older at time of entry. Void where prohibited. All fields must be completed. Approximate retail value of prize: $1,300. For complete details and Official Rules, visit http://southwest.fm/sitesandsounds. By submitting this entry, you agree to the Official Rules. By entering, information collected will be used in accordance with Sponsor's Privacy Policy at https://www.southwest.com/privacy/. Sponsor: Southwest Airlines Co., 2702 Love Field Drive, Dallas, TX 75235. Enter by Nov. 30, 2021, at 11:59 p.m. CT.

ABOUT SOUTHWEST AIRLINES CO.In its 51st year of service, Dallas-based Southwest Airlines Co. continues to differentiate itself from other air carriers with exemplary Customer Service delivered by nearly 54,000 Employees to a Customer base that topped 130 million Passengers in 2019. Southwest has a robust network of point-to-point service with a strong presence across top leisure and business markets. In peak travel seasons during 2019, Southwest operated more than 4,000 weekday departures among a network of 101 destinations in the United States and 10 additional countries. In 2020, the carrier added service to Hilo, Hawaii; Cozumel, Mexico; Miami; Palm Springs, Calif.; Steamboat Springs; and Montrose (Telluride), Colo. Thus far in 2021, Southwest has initiated service to Chicago (O'Hare) and Sarasota/Bradenton both on Feb. 14; Savannah/Hilton Head and Colorado Springs both on March 11; Houston (Bush) and Santa Barbara, Calif. both on April 12; Fresno, Calif. on April 25; Destin/Fort Walton Beach on May 6; Myrtle Beach, S.C. on May 23; Bozeman, Mont. on May 27; Jackson, Miss. on June 6; Eugene, Ore. on Aug. 29; and Bellingham, Wash. on Nov. 7. The carrier will begin service to Syracuse on Nov. 14.

The carrier issued its Southwest® Promise in May 2020 to highlight new and round-the-clock efforts to support its Customers and Employees well-being and comfort. Among the changes are enhanced cleaning efforts at airports and onboard aircraft, along with a federal mandate requiring every person to wear a mask at all times throughout each flight. Additional details about the Southwest Promise are available at Southwest.com/Promise.

Southwest coined Transfarency® to describe its purposed philosophy of treating Customers honestly and fairly, and low fares actually staying low. Southwest is the only major U.S. airline to offer bags fly free to everyone (first and second checked pieces of luggage, size and weight limits apply, some carriers offer free checked bags on select routes or in qualified circumstances). Southwest does not charge change fees, though fare differences might apply.

Southwest is one of the most honored airlines in the world, known for a triple bottom line approach that contributes to the carrier's performance and productivity, the importance of its People and the communities they serve, and an overall commitment to efficiency and the planet. Learn more about how the carrier gives back to communities across the world by visiting Southwest.com/citizenship.

Book Southwest Airlines' low fares online at Southwest.com or by phone at 800-I-FLY-SWA®.

ABOUT LUCK PRESENTS:Inspired by its anti-festival, Luck Reunion, Luck Presents is an experience-based collective based in Willie Nelson's backyard of "Luck, TX". The mission is to foster the cross-section culture that has long motivated creative tradition. Outside of live events, Luck Presents creates distinctive content geared toward a shared creative vision. In addition to innovative content year-round, the company's 2020 transition to virtual programming garnered nation-wide praise. Stay tuned for additional activations at www.luckpresents.com.