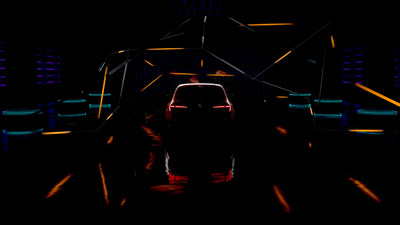 Honda's iconic Civic, the No. 1 vehicle for young, first-time and multicultural consumers2, will undergo a full redesign that once again raises the bar for style, performance, safety and advanced technology in the compact car market. A teaser image and video released today give viewers a glimpse of the all-new Honda Civic through a geometric looking glass, which will all take shape to fully reveal the new Civic on Nov. 17.

Since it was first introduced in America in 1973, Civic has brought nearly 12 million U.S. customers into the Honda family. The all-new Civic Sedan will launch in late Spring 2021 as a 2022 model-year vehicle.

Honda and EsportsHonda has a significant presence in gaming and esports, as the exclusive automotive partner of Team Liquid and the Riot Games League of Legends Championship Series. In addition, Honda's gaming strategy includes a partnership with Twitch, where the Honda Head2Head gaming channel, now in its third season, is the exclusive auto-branded channel on the platform.

With Twitch's average daily visitors reaching 17.5 million, Honda aims to grab the attention of the audience behind the explosive growth of esports. These deeply enthusiastic fans share a similar passion for Civic, making the nameplate America's most popular among all vehicles with Millennial, Gen Z and multicultural consumers3. Honda's integration of the all-new Civic on its Head2Head Twitch channel one-ups the brand's commitment in the gaming space.

The Civic reveal on Honda's Head2Head Twitch channel will be hosted by Rachel Seltzer and MonsterDface. The hosts will be joined by eight participants: Four top Fortnite players and four top Twitch streamers, including Benjyfishy, SypherPK, Jordan Fisher, Dakotaz, and more. The two teams will battle it out in Fortnite, the world's most popular battle royale game, ranking second on Twitch's most streamed games. Honda also will have presence on endemic gaming communities, including Twitter and Reddit, to support the reveal of the new Civic.

About HondaHonda offers a full line of clean, safe, fun and connected vehicles sold through more than 1,000 independent U.S. Honda dealers. Honda has the highest fleet average fuel economy and lowest CO2 emissions of any major full-line automaker in America, according to the latest data from the U.S. Environmental Protection Agency (EPA). The Honda lineup includes the Fit, Civic, Insight Accord and Clarity series passenger cars, along with the HR-V, CR-V, Passport and Pilot sport utility vehicles, the Ridgeline pickup and the Odyssey minivan. Honda's electrified vehicle lineup includes the Accord Hybrid, CR-V Hybrid, Insight hybrid-electric sedan, and the Clarity Fuel Cell and Clarity Plug-In Hybrid.

Honda has been producing automobiles in America for 38 years and currently operates 19 major manufacturing facilities in North America. In 2019, more than 90 percent of all Honda vehicles sold in the U.S. were made in North America, using domestic and globally sourced parts.