ISO, or the International Organization for Standardization, is an international standards-setting body that works with national regulatory organizations around the world, including those in South Korea.

This achievement reflects StradVision's ongoing commitment to customer satisfaction by ensuring consistent world-class quality in its products and services while meeting international statutory and regulatory requirements. StradVision met this goal through regular reviews of its systemic processes and customer relations.

By benchmarking the company against a standardized quality management system like ISO 9001:2015, StradVision provides assurance to their partners and the auto industry of the company's credibility and that they are well-equipped to meet the expectations and demands of the world's leading automotive and ADAS companies.

StradVision's SVNet is an AI-based embedded perception software that allows for ADAS and autonomous vehicles to detect and identify objects on the roads, such as other vehicles, lanes, pedestrians, animals, traffic signs, and lights, even in harsh weather conditions or poor lighting. Thanks to StradVision's patented and cutting-edge Deep Neural Network enabled technology, SVNet can be customized for any hardware system.

About StradVisionFounded in 2014, StradVision is an automotive industry pioneer in AI-based vision processing technology for Advanced Driver Assistance Systems (ADAS). The company is accelerating the advent of fully autonomous vehicles by making ADAS features available at a fraction of the market cost compared with competitors. StradVision's software is being deployed in 8.8 million vehicles worldwide and is serviced by their over 140 employees in Seoul, San Jose, Tokyo, and Munich. The company received the 2020 Autonomous Vehicle Technology ACES Award in Autonomy (Software Category). StradVision's software is certified to the ISO 9001:2015 international standard. 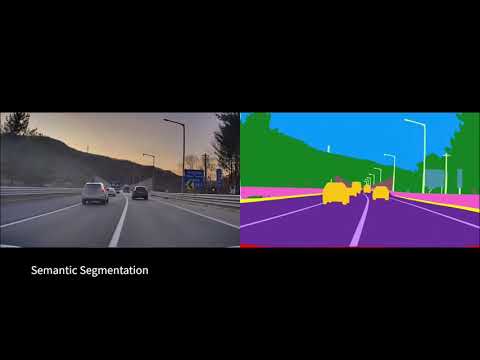