CHICAGO, May 1, 2019 /PRNewswire/ -- Children are more likely to struggle with hunger than the general population in just about every state, county and congressional district across the country, according to Map the Meal Gap 2019, released today by Feeding America. Map the Meal Gap is the only study that provides local-level estimates of food insecurity across the United States. Feeding America, the nation's largest domestic hunger-relief organization, has released the report for nine consecutive years to offer insights on how food insecurity and food costs vary at the local level. 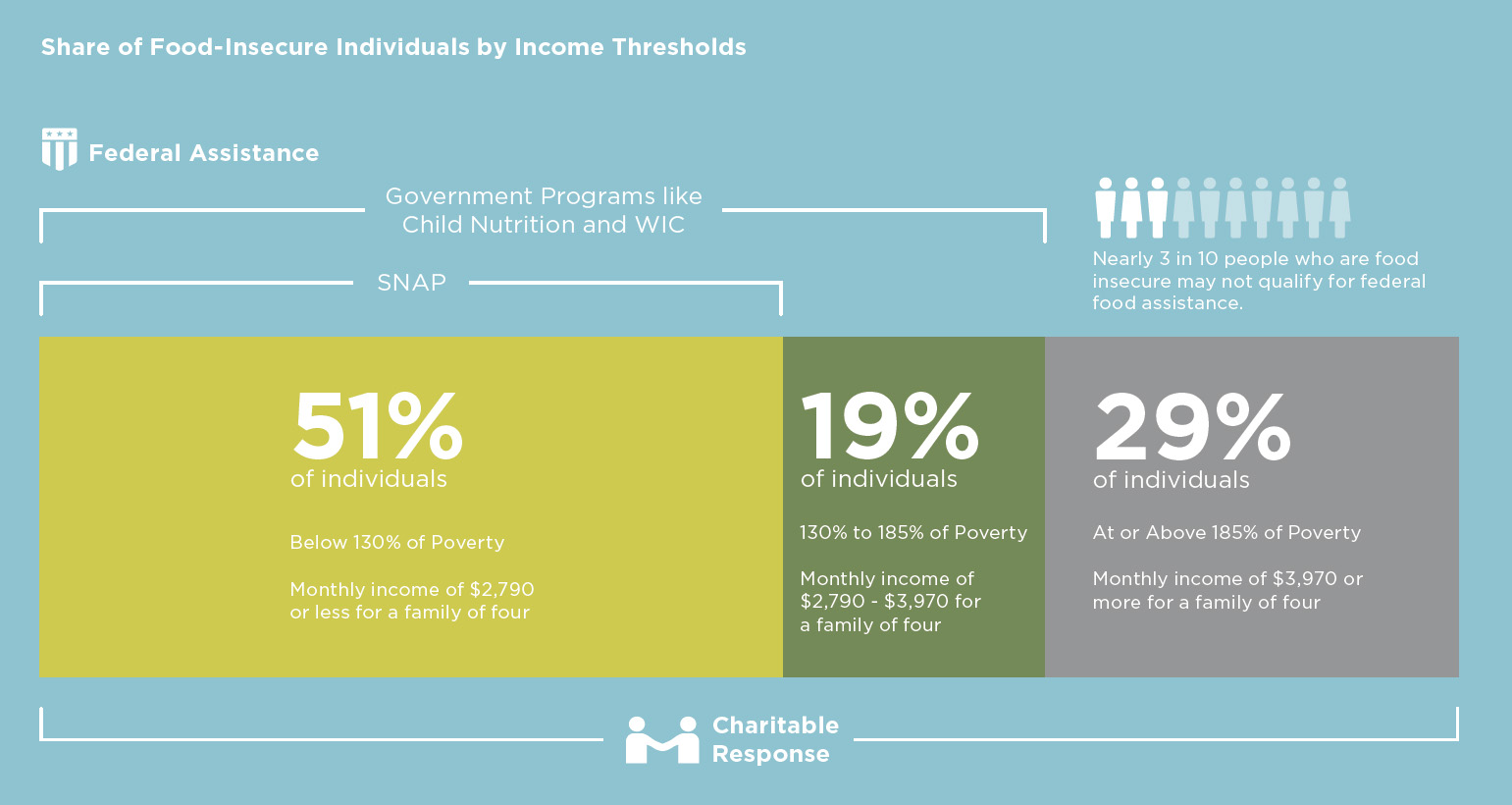 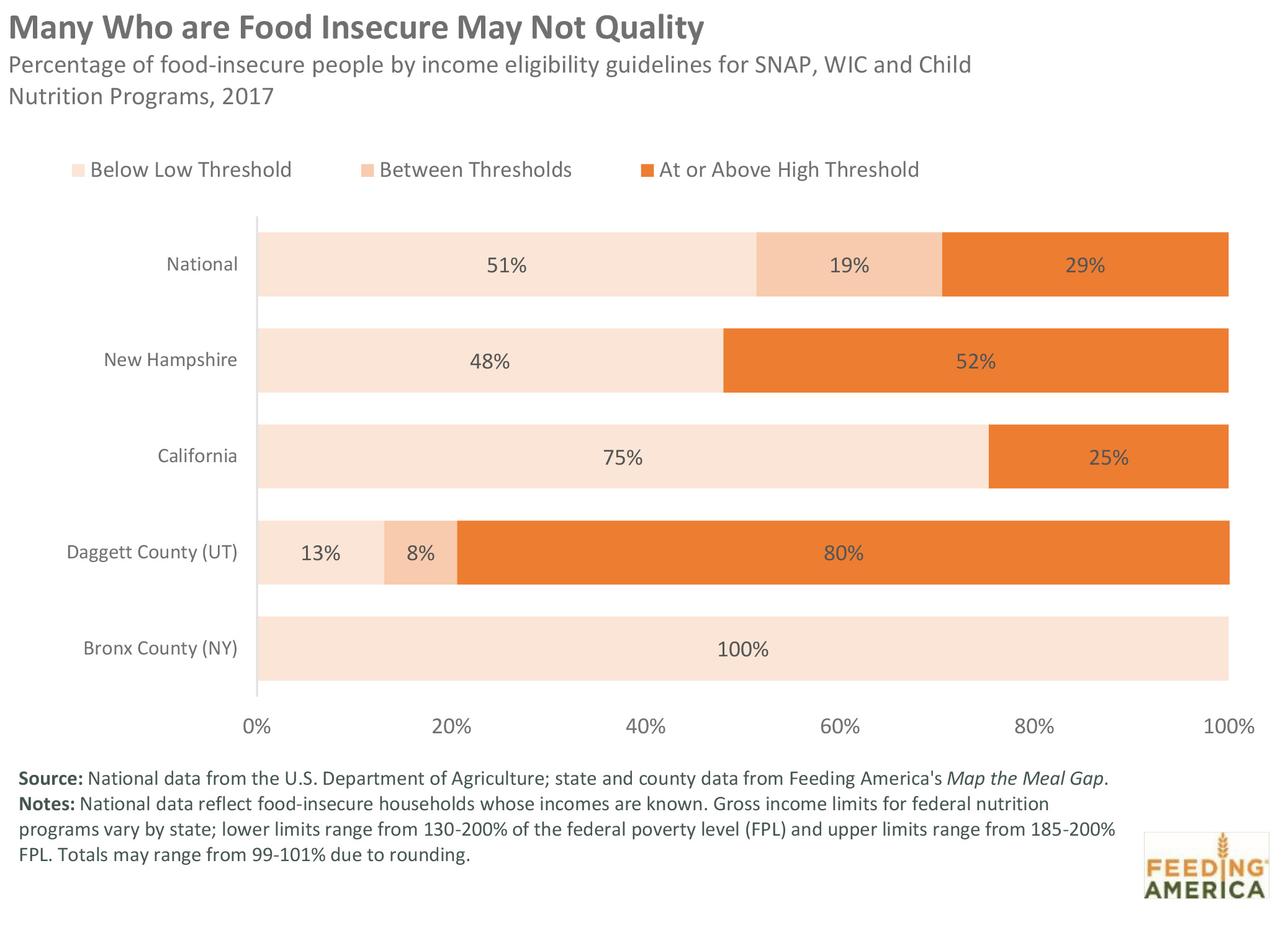 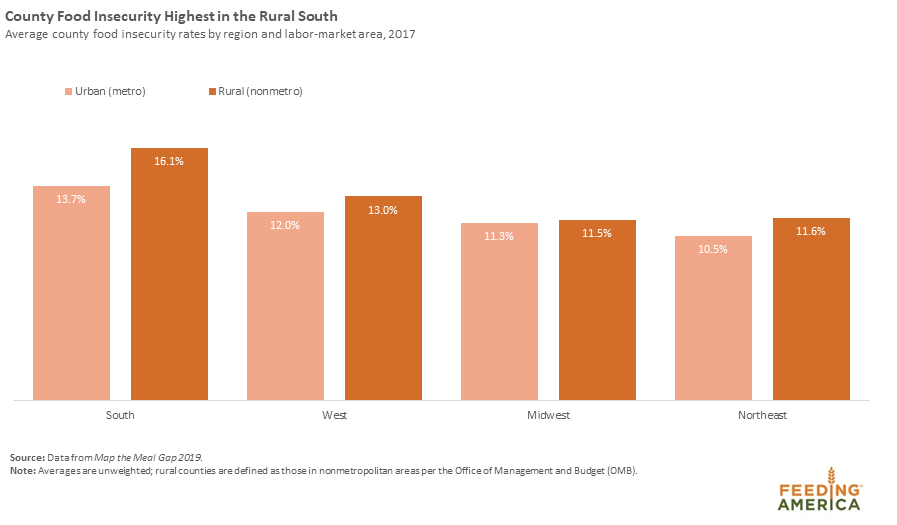 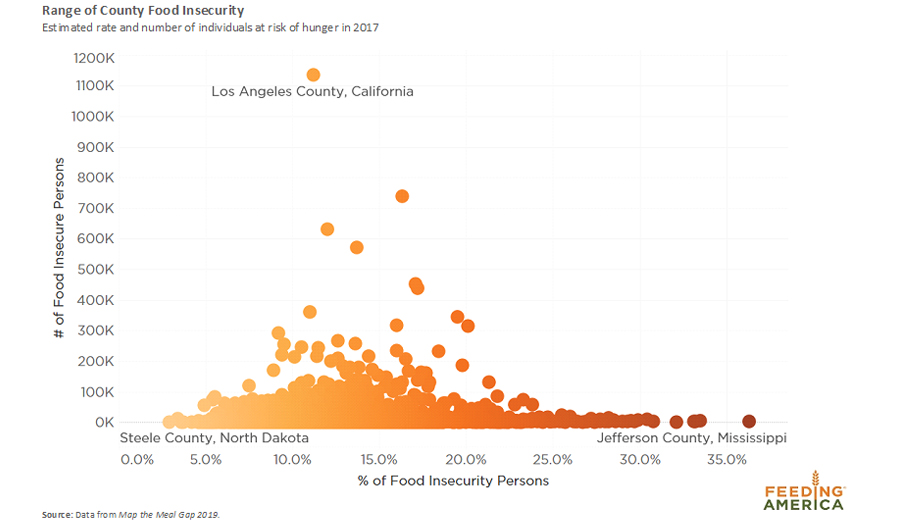 The report not only provides data on child food insecurity nationwide, it also highlights the urgency of addressing the problem of hunger by emphasizing its profound consequences and costs. Children struggling with hunger may be at a greater risk for health, social and behavioral challenges including stunted development, anxiety and poor academic performance. These issues are exacerbated when the National School Lunch Program closes for summer. Many kids rely on the program for meals—meaning they may go without lunch altogether when school is out. As we head into discussions about the Child Nutrition Act reauthorization, this research demonstrates the importance of expanding summer feeding options to ensure our children are able to succeed.

"There isn't a single state or county in America free from child hunger, and it is within our collective power to change that and ensure that today's children are tomorrow's leaders," said Claire Babineaux-Fontenot, chief executive officer of Feeding America. "The Feeding America nationwide network of food banks is investing in our nation's future by helping to provide over 146 million meals to children every year. Still Map the Meal Gap highlights that more must be done. Together food banks, corporations, policymakers, donors, volunteers and advocates can solve hunger."

"I encourage everyone to visit the website, map.feedingamerica.org to find out what hunger looks like in their community and get involved to be part of the solution," Babineaux-Fontenot continued. "One way is to tell Congress to invest in kids during Child Nutrition Reauthorization legislation and increase access to food for kids during the summer. Your voice matters and we can make a difference."

The report also sheds light on urban counties with large numbers of children facing hunger despite relatively low rates of child food insecurity. The counties encompassing Los Angeles and New York City have child food insecurity rates that are close to the national county average, yet a significant number of children in these areas lack access to the meals they need. Nearly 414,000 food-insecure children live in Los Angeles County and more than 335,000 food-insecure children live in the counties encompassing the five boroughs of New York City.

The Map the Meal Gap 2019 findings underscore the extent of need that remains in communities across the U.S., despite national measures from the United States Department of Agriculture (USDA) that indicate overall improvement. Food insecurity is a measure defined by the USDA as lack of access, at times, to enough food for an active, healthy life for all household members.

Other key findings of Map the Meal Gap 2019 include:

Map the Meal Gap 2019 uses data from USDA, the Census Bureau, Bureau of Labor Statistics and food price data and analysis provided by Nielsen, a global measurement and data analytics company. The study is supported by The Howard G. Buffett Foundation, Conagra Brands Foundation and Nielsen.

"Conagra Brands Foundation is committed to raising awareness of food insecurity, an issue that exists in every community across the country. We strongly believe the work of Feeding America with Map the Meal Gap will drive vital conversations about the prevalence of hunger in America and foster solutions that can directly impact the lives of millions of children, teenagers, adults and senior citizens," said Robert J. Rizzo, Senior Director, Community Investment, Conagra Brands and Conagra Brands Foundation.

In addition to food-insecurity estimates, Map the Meal Gap 2019 reports on food price variation across counties. Using data from the Census Bureau's Current Population Survey (CPS), the study finds that, on average, food-secure individuals report spending $3.02 per person, per meal. This is a slight increase in nominal terms from the national average of $3.00 as reported in Map the Meal Gap 2018.

Using data from Nielsen, Map the Meal Gap 2019 estimates that county meal costs range from 68% to more than 205% of the national average. This means that people in places like Willacy County, Texas, where the cost per meal is $2.07, are able to purchase more than twice the amount of food as someone in New York County, where the average meal cost is $5.85.

"I'm so proud to be part of Feeding America's Map the Meal Gap by delivering local food pricing data pro bono through our Data for Good program," said Ana Milena Salamanca, SVP Data Science for Nielsen U.S. Connect. "Our experts volunteer their time and insights to this relationship year after year because food insecurity is such a critical issue affecting all our communities, and we believe in Feeding America's work to make the vision of a hunger-free America a reality."

Dr. Craig Gundersen, Professor of Agricultural and Consumer Economics at the University of Illinois, Executive Director of the National Soybean Research Laboratory and a member of Feeding America's Technical Advisory Group is the lead researcher of Map the Meal Gap 2019.

Map the Meal Gap 2019 provides the following data online through an interactive map:

In addition to the study, Feeding America has developed interactive data visualizations to better see and understand the issue of hunger and food insecurity.  One data visualization contextualizes study data by including photographs of local scenery and a narrative about the lived experience of food insecurity of ten communities chosen to capture every geographic region and census division in the country.

Along with the interactive map and visualizations, Feeding America has published an executive summary and full report as well as a series of report briefs on the topics of child food insecurity, food prices, and health.

Join the conversation about Map the Meal Gap 2019 on Twitter using #MealGap.

About Feeding America Feeding America® is the largest hunger-relief organization in the United States. Through a network of 200 food banks and 60,000 food pantries and meal programs, we provide meals to more than 40 million people each year. Feeding America also supports programs that prevent food waste and improve food security among the people we serve; educates the public about the problem of hunger; and advocates for legislation that protects people from going hungry. Visit www.feedingamerica.org, find us on Facebook or follow us on Twitter.