Subaru of America, Inc. today reported 61,601 vehicle sales for March 2019, a 6 percent increase compared with March 2018, and the best March in the history of the company. The automaker also reported year-to-date sales of 156,754, a 4.7 percent gain compared with the same period in 2018.

March marked the 61st consecutive month of 40,000+ vehicle sales for the automaker. Ascent and Outback sales were notably strong as each model achieved its best March ever. Outback sales increased 10.2 percent compared with March 2018. In addition, a record 7,932 of the all-new Ascent SUVs were delivered in March, surpassing December 2018's sales record of 7,733.

Earlier in March, Subaru of America, Inc. announced a donation of $27.4 million to national and local charities as part of the 2018 Subaru Share the Love Event, bringing the total donated throughout the life of the program to $145.7 million. Held from mid-November to the end of the calendar year since 2008, the Subaru Share the Love Event donates $250 to the purchaser's choice of charities for every new Subaru vehicle purchased or leased at 631 participating Subaru retailers nationwide.

"March marks a very important month for our brand, not only due to the continued sales success of our products, but also for the charitable contributions selected by our owners and retailers," said Thomas J. Doll, President and CEO, Subaru of America, Inc. "We are proud to say that, this year, Subaru and our retailers will donate $27.5 million to national and local charities as part of the 2018 Subaru Share the Love Event. We believe our commitment to supporting causes that are important to our owners, retailers and communities has played a major role in our continued success."

"We're pleased we could finish March with a sales increase in an industry that was down for the month," said Jeff Walters, Senior Vice President of Sales. "We're particularly excited that Ascent had its best month ever and Outback its best result in eighteen months. With the support of our retailers, we are well positioned to carry this momentum into the spring selling season."

Also in March, Forester earned spots on U.S. News and World Report's list of "Best Compact SUVs" in the outlet's 2019 Best Cars for Families Awards and, along with Crosstrek, made CNET's Best Small SUV for the Money in 2019 list.

About Subaru of America, Inc. Subaru of America, Inc. (SOA) is a wholly owned subsidiary of Subaru Corporation of Japan. Headquartered at a zero-landfill office in Camden, N.J., the company markets and distributes Subaru vehicles, parts and accessories through a network of more than 630 retailers across the United States. All Subaru products are manufactured in zero-landfill production plants and Subaru of Indiana Automotive, Inc. is the only U.S. automobile production plant to be designated a backyard wildlife habitat by the National Wildlife Federation. SOA is guided by the Subaru Love Promise, which is the company's vision to show love and respect to everyone, and to support its communities and customers nationwide. Over the past 20 years, SOA has donated more than $120 million to causes the Subaru family cares about, and its employees have logged more than 40,000 volunteer hours. As a company, Subaru believes it is important to do its part in making a positive impact in the world because it is the right thing to do. For additional information visit media.subaru.com. Follow us on Facebook, Twitter, and Instagram. 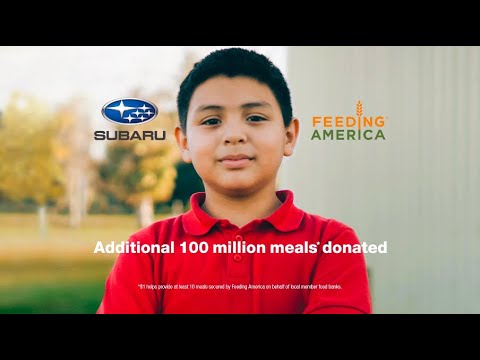