LOS ANGELES, Aug. 4, 2020 /PRNewswire/ -- Self-made entrepreneur, Michael "BigMike" Straumietis revolutionized the cannabis industry when he founded Advanced Nutrients,  the No.1-selling cannabis fertilizer brand in the world. With an annual revenue exceeding $110 million and products sold in 107 countries and counting, Advanced Nutrients has brought more innovations to the market than any other company. Now, after 37 years as the most influential trailblazer in cannabis, BigMike has set out to discover the next industry titan.

BigMike releases the first-look trailer exclusively on CNN Entertainment, the highly-anticipated reality show where sixteen budding entrepreneurs compete for the ultimate prize, testing their business savvy, character and stamina. Each elaborate challenge reflects the real-life intensity of trying to make it in today's booming cannabis industry.

The winner claims the grand prize worth up to $1 million and a partnership with BigMike that will change not only their life, but the direction of the multibillion-dollar cannabis market.

The first-ever cannabis business competition show has an international footprint with subtitles available in multiple languages.

Cannabis will skyrocket to a $30-billion global industry by 2022, and everyone wants in. Who will become The Next Marijuana Millionaire™?

The competition is fierce. The stakes have never been higher.

Founder and CEO of Advanced Nutrients, the "Godfather of Good Cannabis," Michael "BigMike'' Straumietis is highly sought after in Hollywood, having lent his expertise as an advisor to Emmy-winning shows including Showtime's Weeds, the CSI franchise, and Seth Rogan's film, Pineapple Express. Since 1983, BigMike has overseen the cultivation of millions of plants and is responsible for 53 innovations in the world of cannabis cultivation, helping to bring the plant to its true genetic potential. He founded Advanced Nutrients in 1999, introducing the world's most complete cannabis growing nutrient system. BigMike has also been featured on numerous news outlets, including Cheddar, Huffington Post, Fox Business, Business Insider, Entrepreneur and Yahoo! Finance. 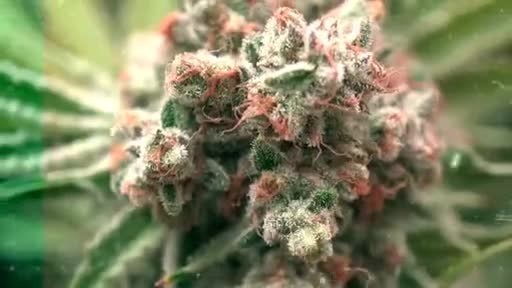