ALEXANDRIA, Va., March 11, 2019 /PRNewswire/ -- End-of-year donations to The Salvation Army totaled $433.7 million thanks to the support of generous donors and corporate partners across the country. The money, raised through the Army's iconic red kettles, online, direct mail, and 1-800-SAL-ARMY, will help The Salvation Army provide food, shelter and social services to more than 23 million Americans in need this year.

"The country faced many hardships during the last few months of 2018, with multiple natural disasters and an unsettled economy at year end," said Lt. Col. Ward Matthews, community relations and development secretary for The Salvation Army's National Headquarters. "We are so very grateful for the generosity of those who recognize the importance of helping our neighbors in need."

Donations to the traditional Red Kettle Campaign raised $142.7 million, online giving through salvationarmyusa.org totaled $31.4 million, and donations through direct mail, 1-800-SAL-ARMY and other cash gifts totaled $259.6 million. Comparing the collective total to 2017 holiday fundraising, donations decreased by less that 1% despite economic uncertainties and government instability in the last weeks of 2018.

With the goal of educating and rallying Americans around The Salvation Army's mission of meeting need in communities across the nation, the 2018 holiday season included high profile support and a myriad of awareness-generating initiatives.

"Seeing firsthand all of the work The Salvation Army does to help people in need really opened my eyes to the breadth and depth of assistance they provide," said Candace Cameron Bure. "I hope each person who contributed to the Red Kettle Campaign understands the important impact their donation makes."

Jerry Jones, Charlotte Jones Anderson and Red Kettle Kickoff performer Meghan Trainor, along with Commissioner David Hudson, The Salvation Army's national commander, kicked off the 2018 Red Kettle Campaign with a satellite media tour at AT&T Stadium the day before Thanksgiving. The Dallas Cowboys also showcased #FightForGood on national television just before Meghan Trainor's LIVE halftime performance. Dallas Cowboys running back Ezekiel "Zeke" Elliott reprised his "red kettle leap" during the Thanksgiving Day game, donating $21 and "donating" quarterback Dak Prescott to the giant Red Kettle in the end zone. After the game, Elliott, Prescott and the Dallas Cowboys joined forces to match all $21 donations, donating up to $21,000 each. Additionally, a portion of all sales from shopzeke21.com were donated to The Salvation Army. The campaign kickoff marked the 22nd year the Cowboys organization has partnered with The Salvation Army to launch the iconic campaign during the nationally televised game. Since partnering with the team, the Red Kettle Campaign has raised more than $2.5 billion.

Corporate partners also contributed greatly to the success of the holiday fundraising season, specifically through the 2018 Red Kettle Campaign.

Hanes and The Salvation Army teamed up once again to provide socks to those in need. As part of their annual sock drive, Hanes donated 25,000 pairs of socks to The Salvation Army, bringing the total number of socks donated over the past nine years to more than 2.4 million pairs.

UPS ran its 5th annual "Wishes Delivered" campaign, a global initiative that spreads goodwill and inspiration by delivering special wishes to individuals in the communities UPS serves.  For every video wish shared with the campaign's hashtag, UPS donated $1, culminating in a $100,000 total, that was then equally split among three selected charity partners including The Salvation Army.

During the holidays, more than three million people rely on The Salvation Army to provide them with warm meals or toys for their children on Christmas Day. Donations made to the red kettles help The Army provide more than 10 million nights of shelter and 56 million meals a year, along with substance abuse recovery programs, after-school programs and emergency shelters for children and families in need. In all, The Salvation Army is able to help nearly 25 million people each year, thanks in large part to people's generous donations.

From its humble beginnings as a program started by a Salvation Army captain in San Francisco in 1891, the Red Kettle Campaign has grown into one of the most recognizable and important charitable campaigns in the United States. It provides toys for kids, coats for the homeless, food for the hungry and countless social service programs year-round. To learn more, visit salvationarmyusa.org

About The Salvation ArmyThe Salvation Army annually helps more than 23 million Americans overcome poverty, addiction, and economic hardships through a range of social services. By providing food for the hungry, emergency relief for disaster survivors, rehabilitation for those suffering from drug and alcohol abuse, and clothing and shelter for people in need, The Salvation Army is doing the most good at 7,600 centers of operation around the country. In the first-ever listing of "America's Favorite Charities" by The Chronicle of Philanthropy, The Salvation Army ranked as the country's largest privately funded, direct-service nonprofit. For more information, visit SalvationArmyUSA.org. Follow us on Twitter @SalvationArmyUS and #DoingTheMostGood 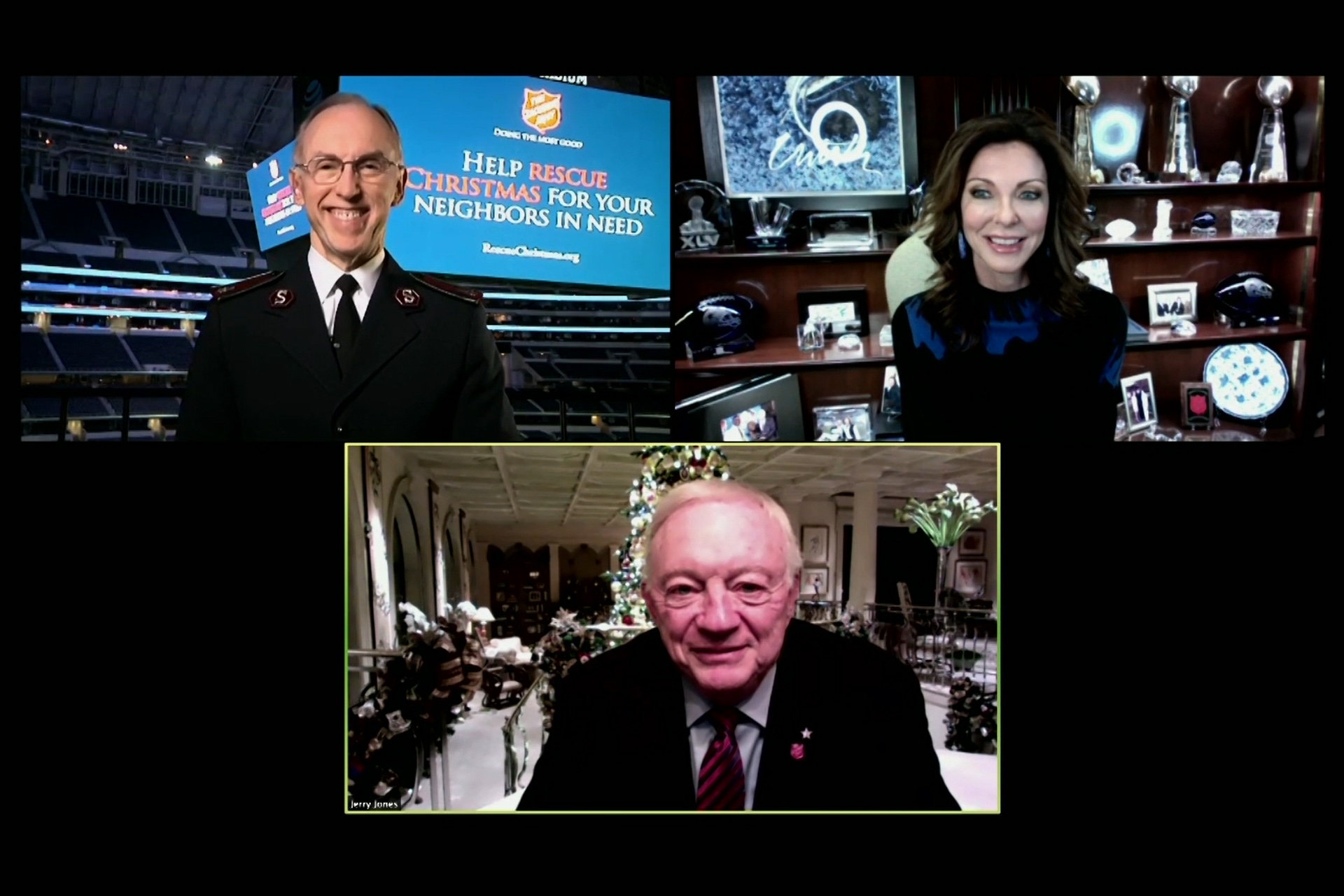 Celebrities Join Forces With The Salvation Army to Help Rescue...