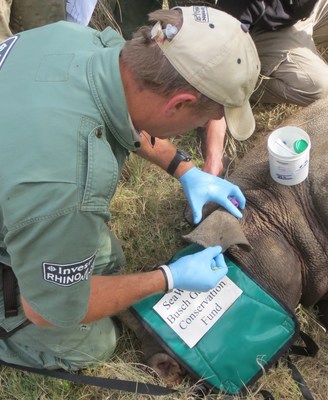 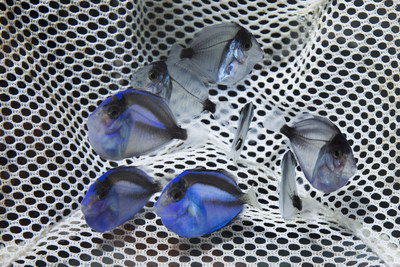 Started in 2003, SWBGCF's grants have supported impactful conservation projects – both grassroots efforts and large-scale collaborations – that align with the Fund's key focus areas of rescue and rehabilitation, conservation and education, habitat protection, and species research. In 2018, the SWBGCF awarded more than $1.2 million to 81 organizations around the world.

"Funding from the SWBGCF has been instrumental in advancing many of the research breakthroughs in marine ornamental aquaculture over the past five years, including the growth of Rising Tide," said Matt DiMaggio, assistant professor of ornamental aquaculture at the University of Florida. "Successes such as the first ever culture of the Pacific Blue Tang and developing production protocols for species such the Cuban Hogfish and Reef Butterflyfish are critically important to help save our ocean's depleting reefs.   These programs would not have been possible without the continued support of the SWBGCF and the collaborative efforts of all the participants in Rising Tide."

Stated Andrew Muir, CEO, Wilderness Foundation Africa, "Black rhinos are some of the most critically endangered animals on the planet. The SWBGCF supports a wide range of projects in the areas of species, spaces and people, including fixed wing aircraft to patrol key rhino protection areas and give air-to-ground support when there is an active poaching incident."

As a company, SeaWorld continues to create new opportunities for guests to get involved in helping animals and the planet, including a "round-up" program, encouraging guests to "round-up" their in-park purchase to the nearest dollar, with the full difference donated to the Fund.  Donations can also be made at merchandise counters throughout the parks, or online at swbg-conservationfund.org/donate.

"These programs – and all of the donations we receive on behalf of the Fund – show that every little bit counts towards helping save wildlife and wild places," explained the Fund's Rob Yordi.  "We want park guests to be inspired and empowered by what they see and learn inside the parks, and then take that knowledge with them out into the world."

Since its inception in 2003, the Fund has granted over $17.5 million to more than 1,200 projects with 81 organizations in 70 countries around the world.  Its grantees, or benefactors, include world-renowned conservation organizations such as World Wildlife Fund, The Nature Conservancy, Wilderness Foundation Africa, the Panamerican Conservation Association and The Audubon Society.  In addition, the Fund supports lesser-known grassroots groups who are committed to protecting and preserving their local communities.