NEW YORK, Oct. 15, 2021 /PRNewswire/ -- The Monster Energy Outbreak Tour is pleased to announce chart-topping and platinum-certified rap star G Herbo as the headliner for their final tour of 2021, which kicks off in Philadelphia, PA, on November 12, 2021.

"I'm excited to partner with an iconic brand like the Monster Energy Outbreak Tour and reconnect with my fans in person again. This is gonna be my biggest and absolute best tour period," shared G Herbo.

"We had a great experience working with G Herbo for our Monster Energy Live On Location virtual series last year, and we're excited about the idea of translating virtual to the stage in front of sold-out crowds," adds Steve Glazer, Monster Energy Outbreak Tour Founder/Producer.

The Monster Energy Outbreak Tour is G Herbo's first time on the road since the release of 25, his highest-charting album, which peaked at #5 on the Billboard 200 chart upon its release this past July.  25, which features Polo G, 21 Savage, The Kid LAROI, Gunna, and more, continues to put G Herbo at the forefront of Chicago's distinct style of drill rap.

Complex states, "We're used to hearing Herb be vulnerable on tracks, his album PTSD attests to this, but 25 finds the Chicago Drill pioneer in some of his most honest moments."

G Herbo's recently released the visual for "Stand the Rain (Mad Max)." The Oz On The Track and Chase Davis-produced clip shows G Herbo gracing the fictitious cover of Forbez magazine's "30 under 30 edition" while rapping over a hard-hitting beat boasting about "not reaching his goals but still sh*ttin' on his peers." The sentiment rings true as G Herbo is a force to be reckoned with as 25 has already garnered over 182 million streams.

Tickets go on sale this Friday, October 15 at 10am local in all markets, with presales starting today at 10am local.  Be sure to get your tickets for a city near you as G Herbo graces the stage of the Monster Energy Outbreak Tour.

About G Herbo: After quietly grinding for years out of his native Chicago, G Herbo established himself as not only a platinum-selling, chart-topping phenomenon but also as a staunch mental health advocate and proponent for change in the black community. Following a string of acclaimed projects, his critically celebrated third album PTSD bowed at #7 on the Billboard Top 200, received praise from Rolling Stone as "his most vulnerable album to date," and yielded one of the most important songs of 2020—the platinum-certified title track "PTSD" [feat. Juice WRLD, Lil Uzi Vert, & Chance the Rapper]. His fourth full-length offering, 25, soared to the Top 5 of the Billboard Top 200, marking his second consecutive Top 10 and highest debut to date. Racking up hundreds of millions of streams right out of the gate, Pitchfork attested, "As Chicago's G Herbo has gotten older, his music has become more urgent." Simultaneously, he appeared on multiple #1 albums such as Pop Smoke's Faith ["Run Down"] and The Kid LAROI's F*CKLOVE3+: OVER YOU ["Don't Leave Me"] as well as collaborating with Dave East and Harry Fraud. With a larger-than-life fanbase, G Herbo has shared the stage with everyone from Miley Cyrus to Marshmello. G Herbo remains a pillar of hip-hop and the culture.

About Monster Energy: Based in Corona, California, Monster Energy is the leading marketer of energy drinks and alternative beverages. Refusing to acknowledge the traditional, Monster Energy supports the scene and sport. Whether motocross, off-road, NASCAR, MMA, BMX, surf, snowboard, ski, skateboard, or the music life, Monster Energy is a brand that believes in authenticity and the core of what its sports, athletes and artists represent. More than a drink, it's the way of life lived by athletes, artists, believers and fans. See more about Monster Energy including all of its drinks at www.monsterenergy.com. 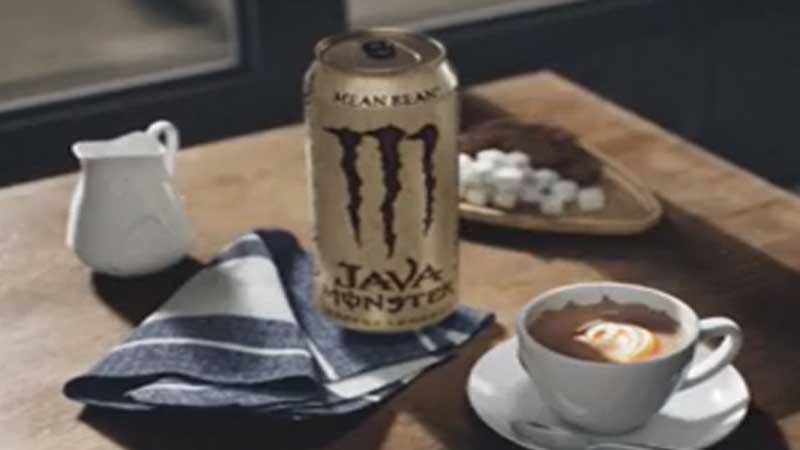