BOSTON, Oct. 22, 2019 /PRNewswire/ -- Navy veteran John Oliveira is enjoying summer days with his wife and kids. Whether it is a motorcycle ride with his oldest daughter, his son's hockey games, or just a road trip, connecting with family is an important part of his life. But it hasn't always been that way.

"I missed a big part of their childhood because of PTSD," John said.

Post-traumatic stress disorder (PTSD) affected John after his two-decade military career. It took John time to realize the impact PTSD had on him and his family.

"My kids were scared of me. I secluded myself and put myself on the outside of the family looking in."

John originally connected with Wounded Warrior Project® (WWP) in 2007, just a couple of years after injury forced him out of the military. But after a couple years, he isolated, which proved detrimental to his recovery. Then in January of 2018, he replayed a voice message from WWP.

"I was suicidal, ready to go back into the hospital. There was a message on my phone from November from my birthday that Wounded Warrior Project had called, and I returned their call."

"It was challenging, don't get me wrong. It was extremely challenging, emotionally and physically draining at times, but in the end, well worth it."

"By the time I got into Warrior Care Network last year and got into the Home Base Program, it really showed me how to look at things differently.

"Rather than hide the symptoms of PTSD, I'm starting to cope with them."

John also found a new life with his wife and kids: "They see me as part of the family again."

Read John's full story here. Learn how you can support the mission here. 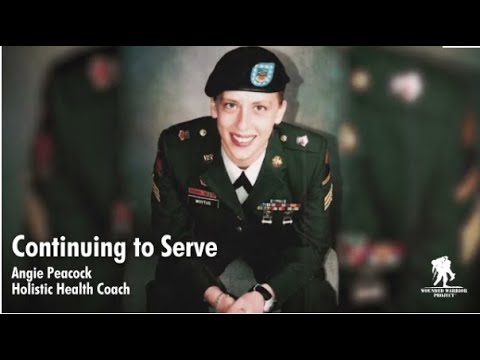