BURLINGTON, Vt., Jan. 28, 2020 /PRNewswire/ -- Ben & Jerry's recognizes the next generation in its 2020 lineup, offering even more non-dairy flavors and a new base mix with a sunny disposition: sunflower butter! Ben & Jerry's new sunflower butter based Non-Dairy Frozen Desserts use flower power to deliver on the full Ben & Jerry's experience with loads of chunks and swirls, while providing a delicious alternative to the existing almond based lineup. 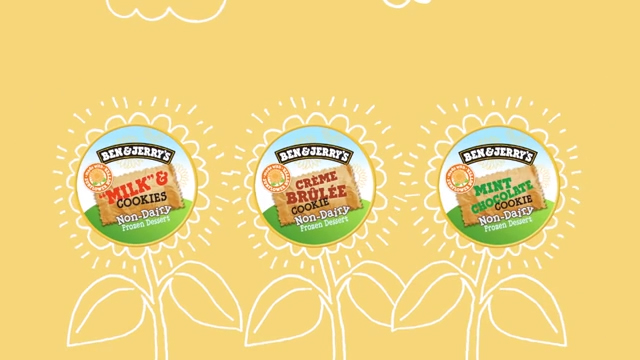 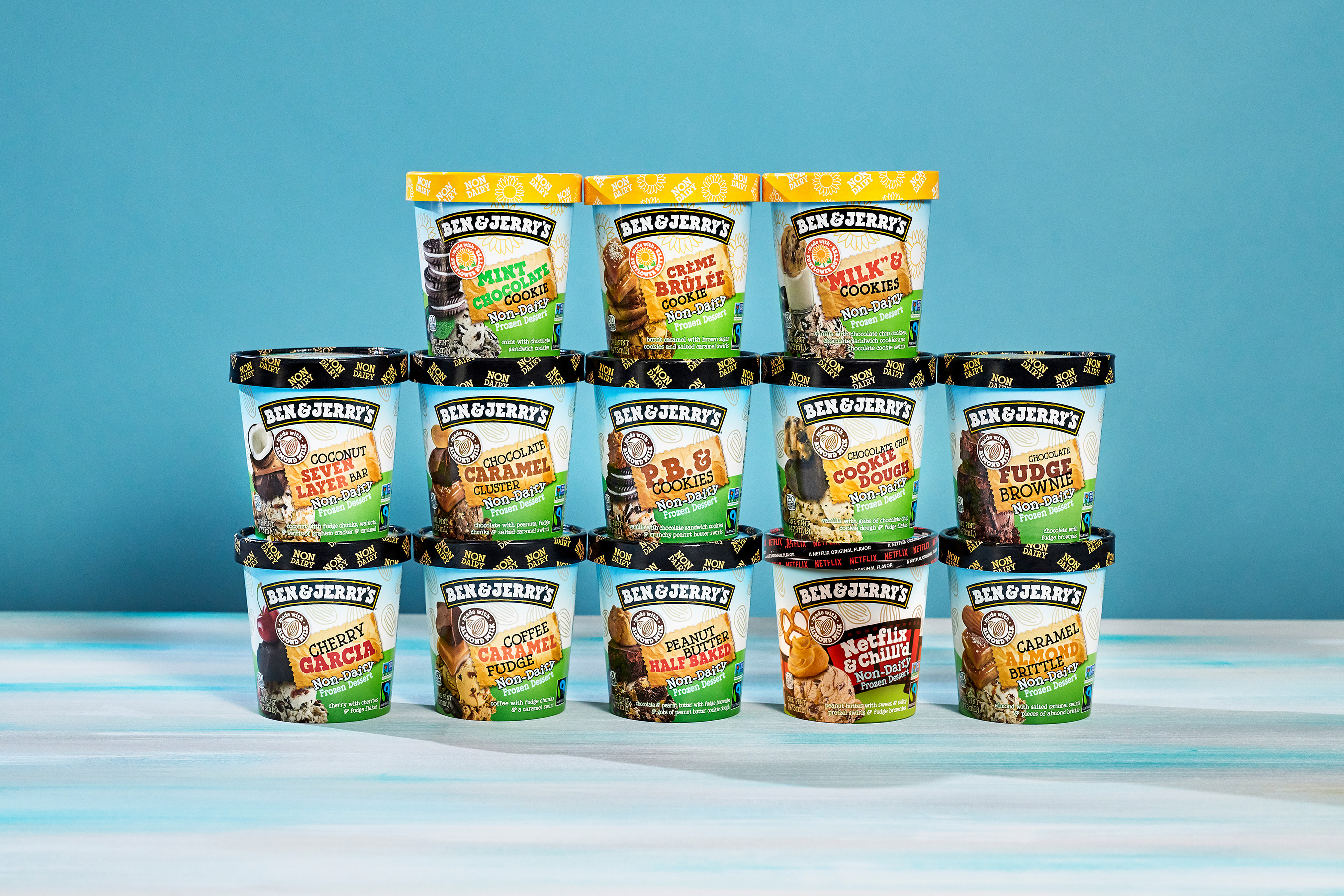 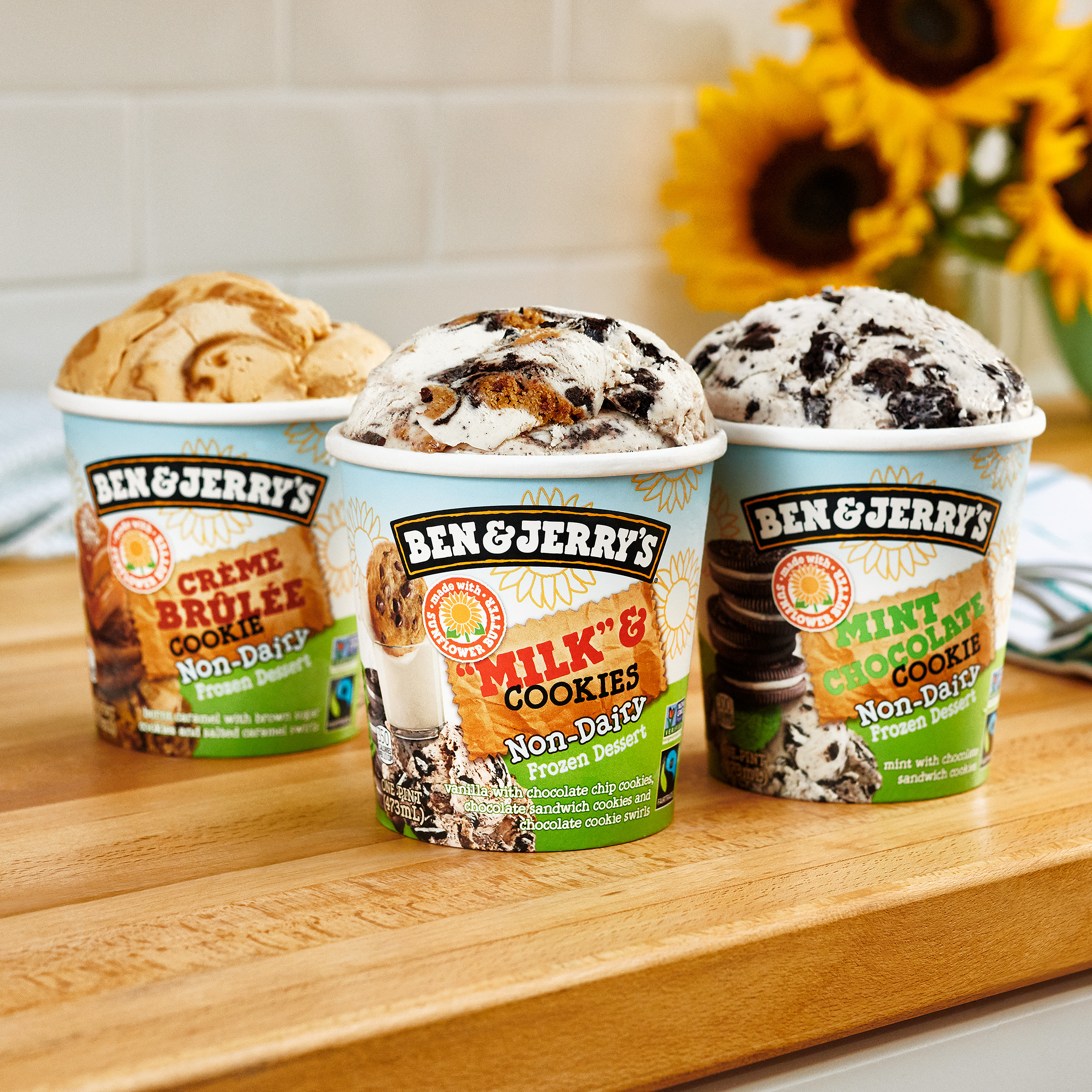 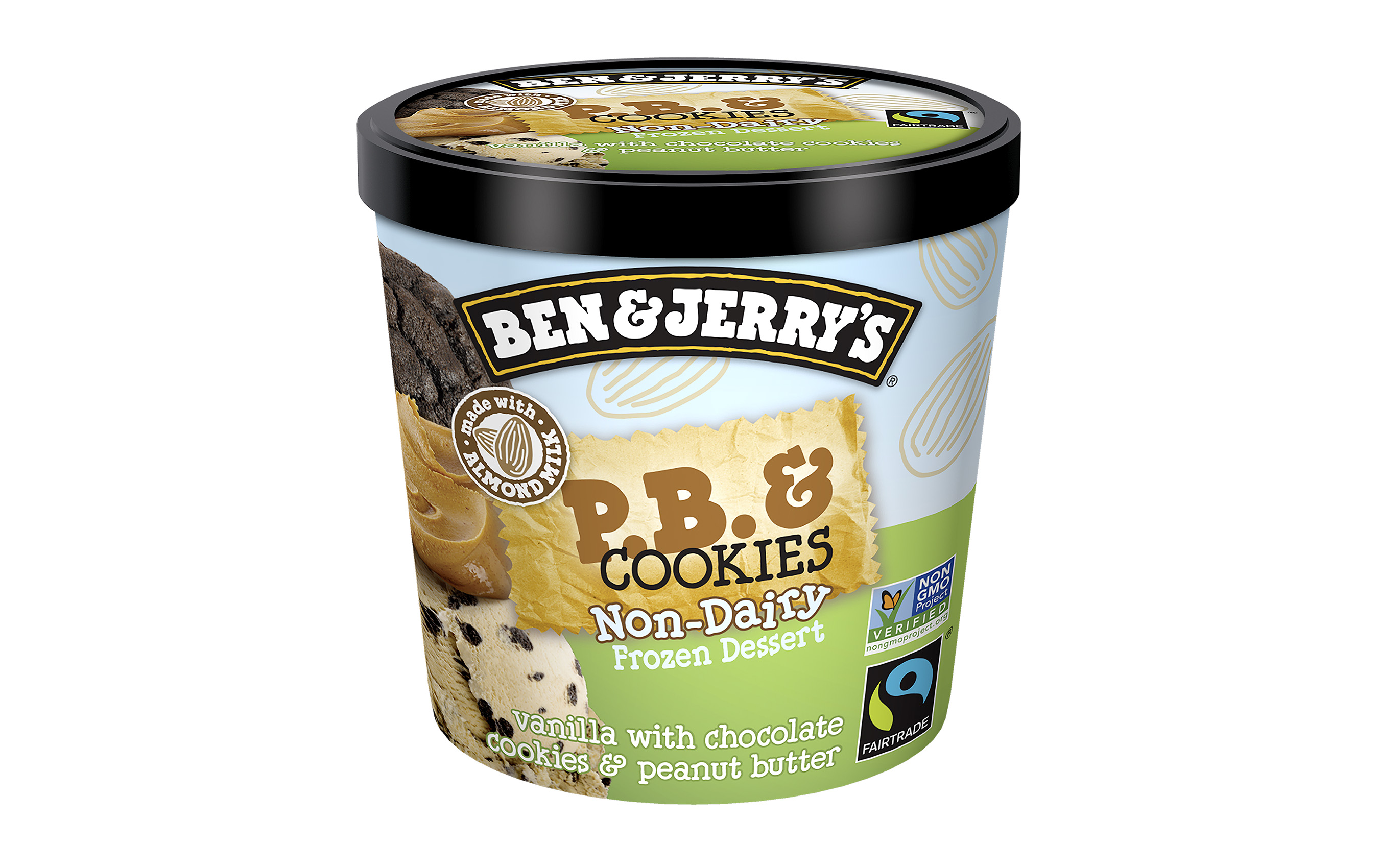 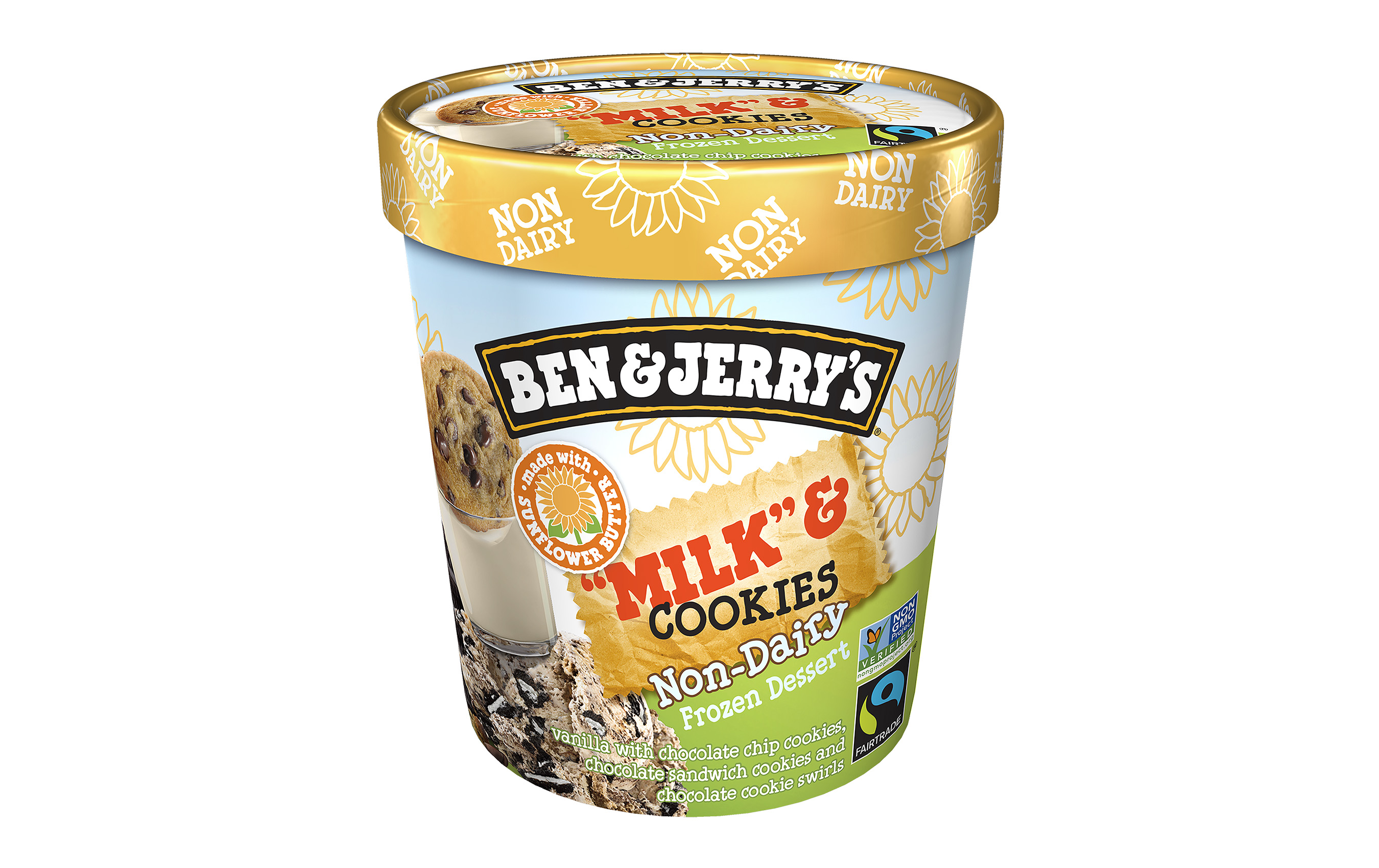 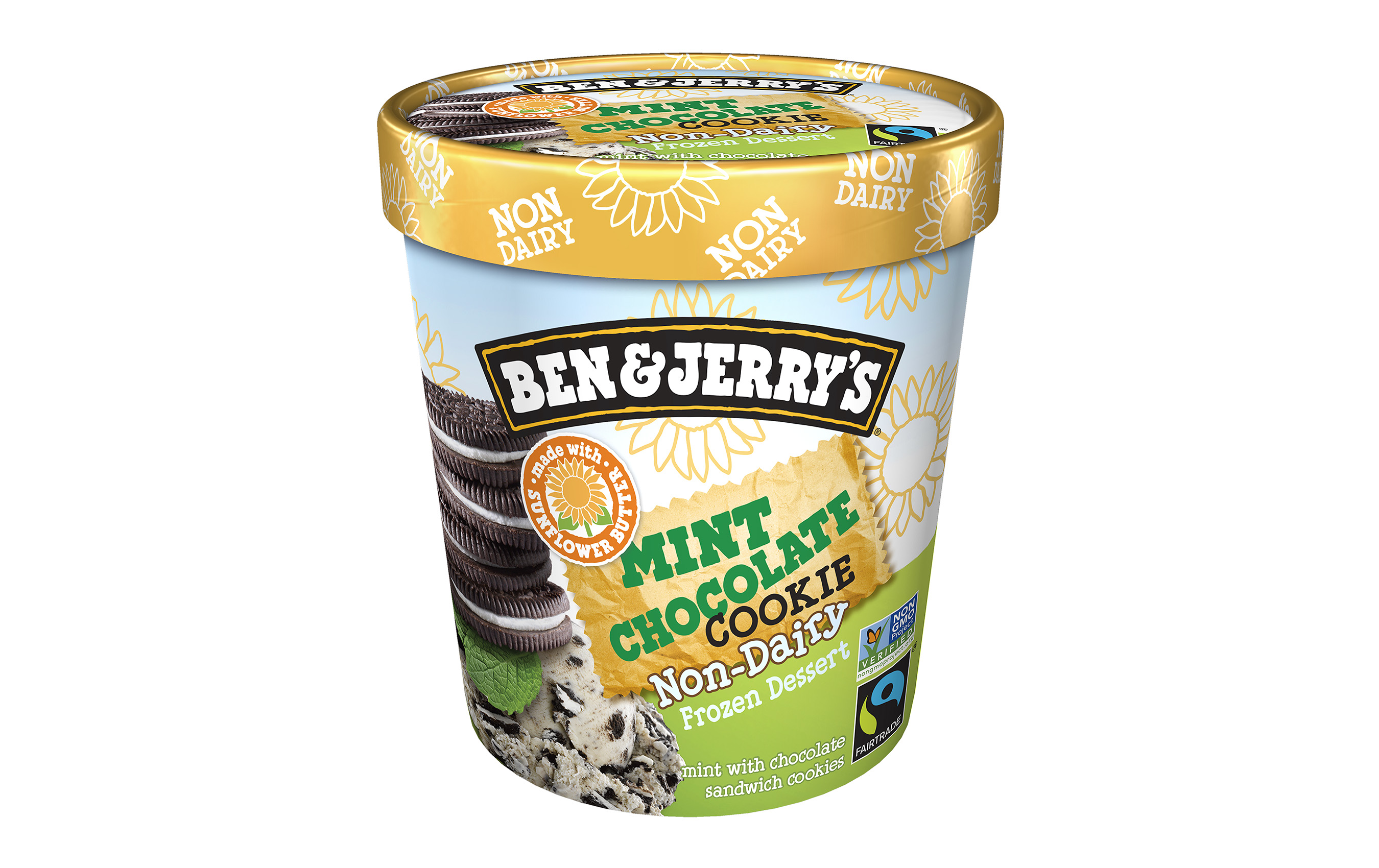 As the first national brand to offer sunflower butter pints to the public and at its Scoop Shops, Ben & Jerry's hopes to continue to spread the non-dairy love. The company, which has made no secret of its desire to be the biggest and best purveyor of super-premium, non-dairy frozen desserts, promotes the new flavors with a bright yellow lid and packaging adorned with the bold summer flowers.

The three new non-dairy flavors offer seed-based goodness with flavors that will tantalize taste buds, including:

As a bonus, Ben & Jerry's fans will have access to an exclusive flavor at their local Scoop Shop: Cold Brew Coffee Fudge Chip, a cold brew non-dairy frozen dessert with fudge flakes and a fudge swirl.

"Plant-based eating is one of the biggest trends in the world and ice cream lovers everywhere have shouted for non-dairy/vegan options that rise to the levels of Ben & Jerry's euphoric awesomeness," said CEO Matthew McCarthy. "I am over-the-moon excited that our Flavor Gurus have churned out something funky and chunky that is nothing short of spectacular."

Including the recently launched non-dairy version of Netflix & Chilll'd™, the company now offers 17 non-dairy flavors, which is over 25% of the company's flavor lineup.

The sunflower butter flavors are appearing now on grocery shelves across the US and in Scoop Shops. The pint flavors will be featured at a MSRP of $4.48 - $5.99. Almond based mini cups will ship to stores this spring.

To learn more about the sunflower butter flavors, new mini cups, or a Scoop Shop near you visit: benjerry.com.

About Ben & Jerry's As an aspiring social justice company, Ben & Jerry's believes in a greater calling than simply making a profit for selling its goods. The company produces a wide variety of super-premium ice cream, yogurt and sorbet using high-quality ingredients. Ben & Jerry's incorporates its vision of Linked Prosperity into its business practices in a number of ways including a focus on values-led sourcing. In 2015 the company completed its transition to using entirely non-GMO (genetically modified organisms) ingredients by source as well as to fully source Fairtrade-certified ingredients wherever possible, which benefits farmers in developing countries. Ben & Jerry's products are distributed in 35 countries in supermarkets, grocery stores, convenience stores, franchise Ben & Jerry's Scoop Shops, restaurants and other venues. Ben & Jerry's, a Vermont corporation and wholly-owned subsidiary of Unilever, operates its business on a three-part Mission Statement emphasizing product quality, economic reward and a commitment to the community. Ben & Jerry's became a certified B Corp in 2012. The Ben & Jerry's Foundation's employee-led grant programs totaled $3MM in 2019 to support grassroots organizing for social and environmental justice around the country.