JACKSONVILLE, Fla., Oct. 1, 2020 /PRNewswire/ -- Wounded Warrior Project® (WWP) added fresh perspectives to its volunteer Board of Directors with the addition of Tiffany Daugherty and Capt. (Ret.) Will Reynolds, III. The duo brings military, business, and health care experience to a diverse board of our nation's leaders.

For Daugherty, it is a bit of a homecoming as she previously worked for WWP leading one of the organization's career counseling teams. She is also a registered warrior with the veterans charity.

Daugherty currently serves as the U.S. head of Military and Veterans Outreach at Barclays. Previously she led Military Employment Efforts at First Data. While in that role, Military Times recognized the organization as a Best for Vets award recipient in 2017, 2018, and 2019. She also worked for 10 years in the career counseling field after serving as an Air Traffic Controller in the U.S. Army.

Daugherty was one of a select group of 33 leaders selected for the 2018 (Inaugural) Class of Bush Institute Stand-To Veteran Leadership Program at the Bush Institute in Dallas, TX.

"It is great to welcome Tiffany Daugherty back to the WWP family," said WWP CEO Lt. Gen. (Ret.) Mike Linnington. "Her military and leadership experience, coupled with her post-uniformed service in business and career counseling will greatly aid warriors in a time of economic uncertainty."

Reynolds is also a registered warrior with WWP. Reynolds heads his own private consulting firm after being a manager at a major U.S. consulting firm following medical retirement from the Army in 2008. He graduated West Point in 2002 as an Infantry Officer.

Reynolds served two deployments during Operation Iraqi Freedom, surviving an IED blast during combat operations in southwest Baghdad, in 2004. That explosion led to 26 surgeries over more than two years of recovery. While doctors were able to save his left arm, ultimately, they had to amputate his left leg above the knee.

"Will Reynolds' experience leading troops in combat, overcoming significant obstacles during recovery, and advocating for wounded veterans will be valuable as we continue innovating programs to meet warriors' needs," Linnington said. "He is an inspiration to other wounded veterans."

Reynolds remained in uniformed service during his rehabilitation, working a full schedule at the Pentagon in the office responsible for mitigating and defeating IED threats throughout Iraq and Afghanistan. After medically retiring, Reynolds earned an MBA in Health Sciences Management and a master's degree in Public Health. He also co-authored Making it Millennial, which studied demographic shifts and the impact on government.

Reynolds has not let his injuries slow him down. He was a Captain of the U.S. team for Invictus Games, competed in Warrior Games, and is a U.S. Paralympic hopeful.

WWP also bids farewell to Justin Constantine, who served on the board for nine years and is leaving because of term limits.

WWP's board comprises individuals with experience in military, business, nonprofit, government, and medical fields, and with varying educational backgrounds. The board regularly evaluates its composition to ensure it includes the appropriate skills, experience, and perspective necessary to fulfill its support of WWP's mission to honor and empower wounded warriors. Since late 2016, WWP has grown its board by electing 14 directors, all with diverse backgrounds.

Learn more about WWP's board. 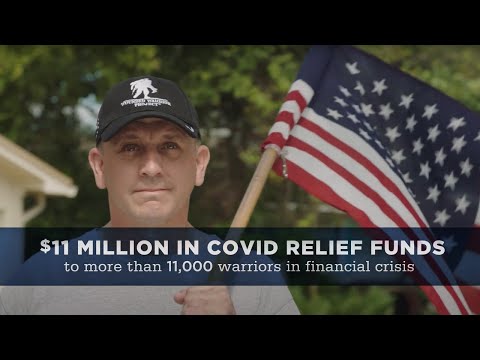 Gifts that Give Twice: Last-minute Ideas That Support Veterans...