BEIJING, April 10, 2021 /PRNewswire/ -- Almira Muhter was a hardworking and straight A student before becoming radicalized. In 2012, she was convicted of inciting "jihad" and extremism online and was sentenced to 10 years in prison. 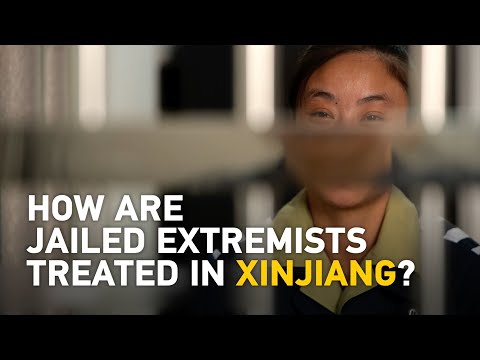 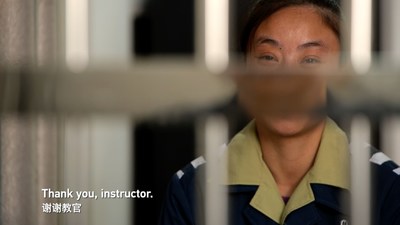 Young people and women are easy prey to extremists who use various ways to lead them astray. According to police officers engaged in investigating the terror attacks in Xinjiang, some ill-disposed preachers have parents send their kids to underground madrasas to be indoctrinated. Moreover, there are specific online materials targeting women and students, noted "Abduweli," who has been working at the Xinjiang Internet Information Office since it was established in 2013.

"At first it didn't leave much of an impression on me. There're instructions like 'Only satisfying your mother's wishes ensures a place in Paradise'," Almira told CGTN inside the prison. Gradually the teachings moved to "jihad," instigating her to wage religious war and martyr oneself to enter Paradise.

By the day, she believed those "instructions" such as women should stay home and hence rejected to go to college despite her parents' strong objection.

"She thought she was correct," said Bai Fengjie, a prison instructor. Radicalized ideas accompanied Almira even as she entered prison. In 2018, Almira was convicted of conspiracy to commit murder and arson in the prison, and her sentence was extended to 2035.

During the past few years, Bai kept talking to Almira, getting to know her from inside and explaining legal knowledge to the young woman. Her efforts paid off. Almira realized the Paradise she used to yearn for was no more than a fiction.

"I'm a police officer. But I'm more like a teacher," Bai said. She's one of many prison instructors working to help straying young people back on the right track. "We mustn't give up on them. We have to believe they will eventually change."

This is one of many stories in our exclusive documentary "The war in the shadows: Challenges of fighting terrorism in Xinjiang." Watch the full documentary here.