BEIJING, Oct. 21, 2021 /PRNewswire/ -- Deemed China's "Mother River" and "the cradle of Chinese civilization," the Yellow River basin has seen remarkable improvements in its ecological environment over the last few years as the Chinese government attaches increasing importance to the conservation of China's second-longest watercourse.

Hailing the Yellow River's importance as an ecological barrier, an economic zone and a cultural heritage site in China, Chinese President Xi Jinping has reiterated efforts to promote its ecological protection and high-quality development.

Starting from Qinghai Province, the Yellow River runs through nine provinces and autonomous regions before emptying itself into the Bohai Sea in Shandong.

As an "ecological corridor," the Yellow River, linking the Qinghai-Tibet Plateau, the Loess Plateau and plains in northern China with severe water scarcity, plays an important role in improving the ecological environment, combating desertification and providing water supply.

The 5,464-kilometer-long waterway feeds about 12 percent of China's population, irrigates some 15 percent of the arable land, supports 14 percent of the national GDP, and supplies water to more than 60 cities.

Since the 18th Communist Party of China (CPC) National Congress, the Chinese president has visited all of the basin's provinces and autonomous regions, sharing his concerns about China's "Mother River." In less than a year from August 2019 to June 2020 alone, he inspected the Yellow River basin four times.

What are the challenges?

President Xi pointed out difficulties and problems in protecting the Yellow River during his inspection tours, such as the fragile ecological environment, the severe condition of water resources preservation and the need to improve development quality.

According to Xi, the peace of the Yellow River is significant to the stability of China. Although the river has not seen major dangers for many years, Xi has repeatedly told the nation not to relax its vigilance.

The river's natural and geological conditions have led to frequent flooding since ancient times. Over the past 2,500 years, the Yellow River has broken its dikes more than 1,500 times and made 26 major changes in its course on the lower reaches.

Still, busy industrial activities along the Yellow River once put it on the map as one of the world's most polluted rivers about 10 years ago, which also resulted in ecological degradation.

Turning a blueprint into practice

To deal with major challenges facing the Yellow River basin, the central government and the local governments along the river have taken a series of measures, exemplifying how a national strategy is transforming from a blueprint into concrete practice while showing China's determination to purse high-quality development.

Over the past 70 years, China has carried out four large-scale embankment projects, built water conservancy projects, implemented two phases of flood control projects on the lower reaches of the waterway and completed the standard levee construction. By 2019, the accumulated amount of silt and sand into the Yellow River has been reduced by nearly 30 billion tonnes and the sediment of the downstream river has been reduced by 11.2 billion tonnes.

High-quality development of the Yellow River basin started with adjustment and transformation of old industrial cities on the upper stream, developing modern agriculture in major grain-producing regions as well as exploring ways to help the impoverished residents along the riversides.

The country has also built more than 400 wetland nature reserves and national parks in the basin. The Yellow River Delta National Nature Reserve, the one President Xi visited on Wednesday, is one of the examples.

The Reserve spanning about 153,000 hectares, with wetlands making up over 70 percent of its total area, is an important wintering and stopover site for migratory birds, including oriental storks, an endangered bird species.

Earlier in October, China released an outline for the Yellow River Basin's protection and development through 2030, serving as a guide for policymaking and engineering project planning in the basin to address challenges. The country is also speeding up its legislation to advance ecological conservation and high-quality development in the Yellow River basin. 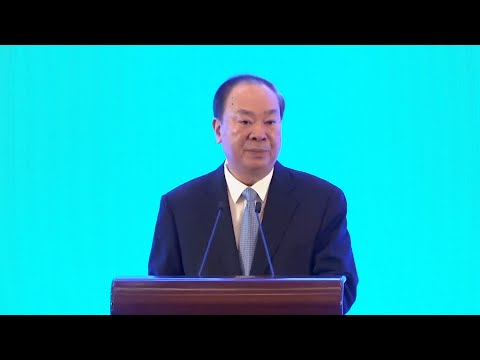 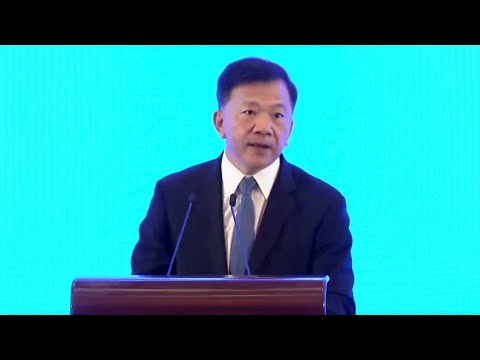