Dr. Liu Xianrong, the chief scientist of Hisense Laser Display, has shared the latest Hisense Laser TV technology in three themes, color, audio and form. Hisense believed that these innovations will further match consumer needs, and continue to lead in the direction of TV's future development.

According to him, in terms of TV form, Hisense introduced a prototype of the Self-Rising Screen Laser TV. Consider how a TV exists in the home environment. Hisense believes that the ideal form of television for the family is integrated into the entire home, and only appears when needed. The Self-Rising Laser TV provides a rolling screen that is able to roll and also maintaining peak optical performance.

The launching of 75-inch and 100-inch TriChroma Laser TV is a breakthrough of color technology. The TriChroma technology enables the color display of laser TV to surpass all colors existing in nature. It can reach an incredible 90% of the colors recognizable by the human eye. Laser TV is the only display product that meets the BT2020 standard, the top standard for future TV color. At the exhibition, Dolby will perform the first technology demonstration of Dolby Vision on the TriChroma Laser TV.

As to the audio innovation, Hisense holds the opinion that screen-sound truly realizes the integration of sound and picture and pioneers the technology of sound generation for cellular bionic screens. This technology makes the positioning of the sound clearer and enables the sound to spread farther and perform better in detail.

"Hisense firmly believes that laser display will dominate in the future," Dr. Lin Lan mentioned in his speech that since the first laser TV was released here in 2015, Hisense has progressed by growing the size from 75" to 150". The picture quality increased from monochromatic light source technology to full-color. He also pointed out that with a life-long license of Toshiba brands on TVs, Hisense set an annual goal of 40 million TV sales per year, aiming at number two position globally.

With excellent big screen eyesight protection and color expressiveness, Hisense Laser TV has been fully recognized by the market. According to data from CMM, in 2019, the overall unit sales of laser TVs in China's color TV market increased by 107%, which is the fastest growing product category in recent years. In the North American market, Hisense Laser TVs are also popular with consumers and continue to seize the large screen market. 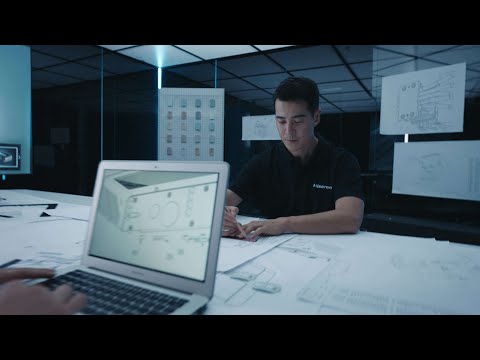