The ancient saying, which means there are no geographical limits to where we travel to meet friends, has enduring resonance in modern China.

"I wish to make it clear to all that China's door of opening-up will not be closed and will only open even wider," said Chinese President Xi Jinping at the Boao Forum for Asia in 2018.

From reform and opening-up…

The remarkable changes that resulted from China's 1978 reform and opening-up policy testify to the great value of the conviction that openness is the way to growth and wealth.

Guided by the policy, the country has been transformed from a largely agricultural nation to the second largest economy in the world.

China's total imports and exports of goods expanded 1.9 percent year on year to 32.16 trillion yuan (about $4,647 billion) in 2020, hitting a record high despite a worldwide slump in shipments and making it the world's only major economy to register positive growth in foreign trade in goods.

China has worked hard to attract more global investors to its massive domestic market by widening market access and improving the business environment.

A recent survey by the Ministry of Commerce indicates that 96.4 percent of foreign-invested enterprises are optimistic about their business prospects in China.

China also joined the ranks of the world's top 10 most improved economies for ease of doing business for the second year in a row thanks to a robust reform agenda, according to a World Bank study report for 2020.

Meanwhile, China has signed cooperation agreements with 140 countries and 31 international organizations under the Belt and Road Initiative (BRI), since it was initiated in 2013.

… to the new development pattern

As China embarks on a new journey toward socialist modernization via the 14th Five-Year Plan (2021-2025), opening-up remains crucial to the country's new roadmap.

Unveiling its "dual circulation" development pattern in the plan, China pledges to further open its markets in the next five years to tide over the virus-induced economic slowdown and promote international cooperation.

The new development paradigm means making sure both domestic and foreign markets are better connected and utilized by unleashing the potential of the domestic market.

And concrete efforts are underway. 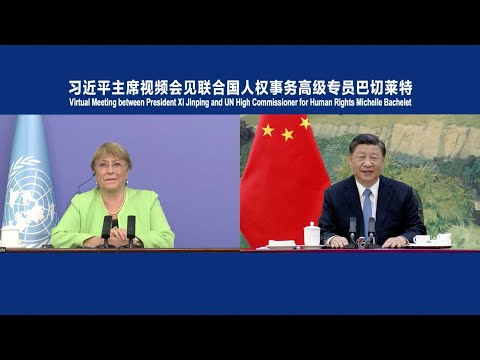